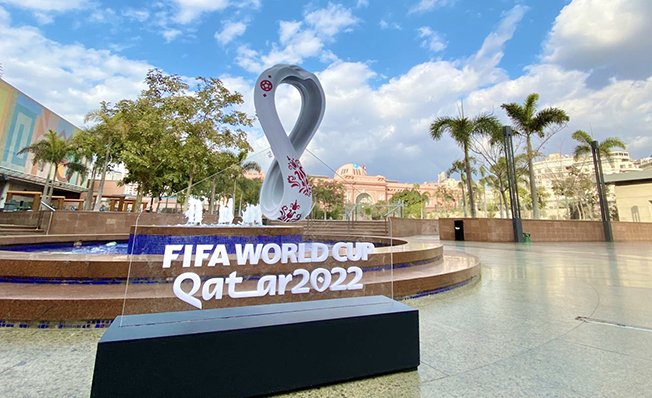 England have qualified for the World Cup in Qatar next year, while Scotland and Wales will hope to join them via the play-offs.

Here, the PA news agency looks ahead to the tournament and the issues still to be resolved.

When is the World Cup?

The tournament in Qatar takes place from November 21 to December 18, 2022. It will be the first time the World Cup has been held in the northern hemisphere winter, meaning that it will come during many countries’ domestic seasons. Elite club competitions are therefore planning to halt play. The Premier League, for example, announced last week it would pause between November 14 and Boxing Day. To compensate, the 2022-23 season will start earlier than usual on August 6 and end on May 28. Other countries will have their own windows. In Germany, for example, the Bundesliga will stop on November 13 and not resume until after its traditional winter break on January 20.

Which of the Home Nations will be involved?

England have qualified automatically after winning Group I while Scotland and Wales will get another chance in the play-offs next March. Scotland finished second in Group F while Wales, who still have a game against Belgium to play, will either finish second in Group E or – if not – be awarded a play-off place based on their performances in the UEFA Nations League. Northern Ireland have failed to qualify, as have the Republic of Ireland.

How do the play-offs work?

The play-offs are a 12-team mini-tournament from which the final three European places will be awarded. They will feature the 10 qualifying group runners-up and two teams based on Nations League rankings. The 12 teams will be seeded and split into three pots of four, each of which will stage their own (one-legged) semi-finals and a final on March 24 and 29 respectively. The winners of the three finals will advance to Qatar. The draw for these matches will take place on November 26. Scotland already know they will be seeded, meaning a home semi-final. Italy, Poland, Portugal and Sweden are among the other teams heading to the play-offs.

When is the draw for the finals?

The draw for the 32-team tournament is on April 1 in Doha. It will coincide with the 72nd FIFA Congress, which takes place in the Qatari capital the previous day.

Who has already qualified?

As well as England; Belgium, Croatia, Denmark, France, Germany, Switzerland and Brazil have already secured their places and will join hosts Qatar in the finals. The full line-up for the tournament will not actually be known until after the draw. The inter-continental play-offs for the final two places, involving one team each from the Asia, CONCACAF, Oceania and South America regions, were originally scheduled for March but put back due to the Covid-19 pandemic.

What are the times and venues of the matches?

The tournament will be played at eight mostly purpose-built stadia – Al Bayt, Al Janoub, Al Rayyan, Al Thumama, Education City, Khalifa International, Lusail and Ras Abu Aboud. Seven of them – the 60,000-capacity Al Bayt arena in Al Khor being the exception – are in or a short distance from Doha, but all venues are within a radius of less than 60 kilometres. The 80,000-seat Lusail Stadium will host the final. At the group stage, four matches will take place per day, at 1pm, 4pm, 7pm and 10pm local time. The final will be at 10pm. Qatar is three hours ahead of the UK.

How hot will it be?

Although Qatar has built air-conditioned stadia for the comfort of players and spectators at games, the oppressive heat in the Gulf state’s summer months, when temperatures above 40C are typical, is the reason the tournament was moved to winter. Even then, it is still going to be hot. The average temperature in November is 29C and December 24C.