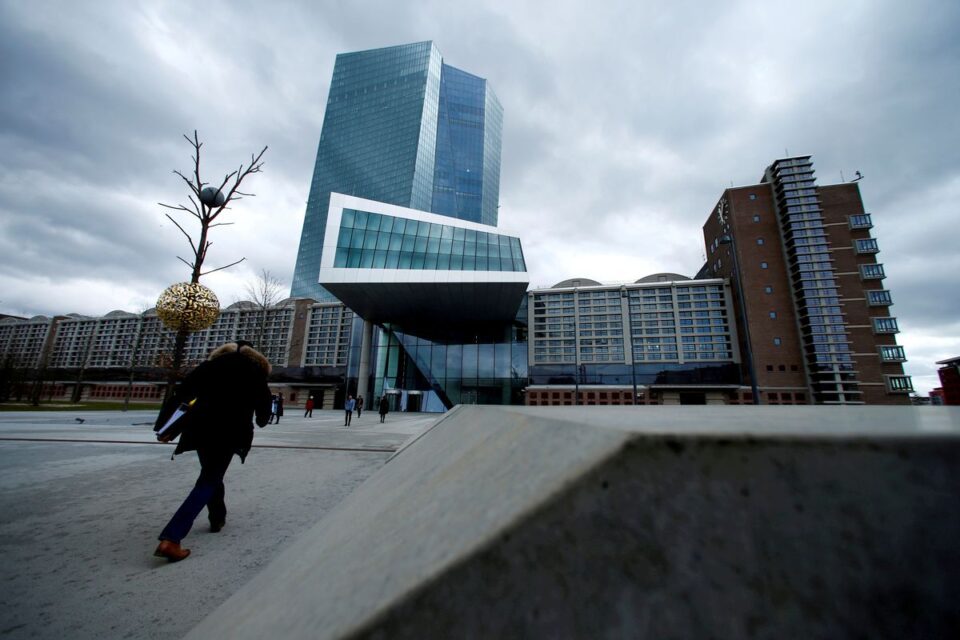 Countries hit comparatively hard during the financial crisis, helped also by domestic and European policies, are bouncing back from the pandemic faster than their peers.

The European economy is rebounding faster than expected according to figures published by the European Commission in its 2021 autumn economic forecast. However, the Commission also warns that the surge in new COVID-19 cases poses a downward risk to upbeat growth forecasts.

Figure 1 plots the rates of real growth for the three years, up to 2023. 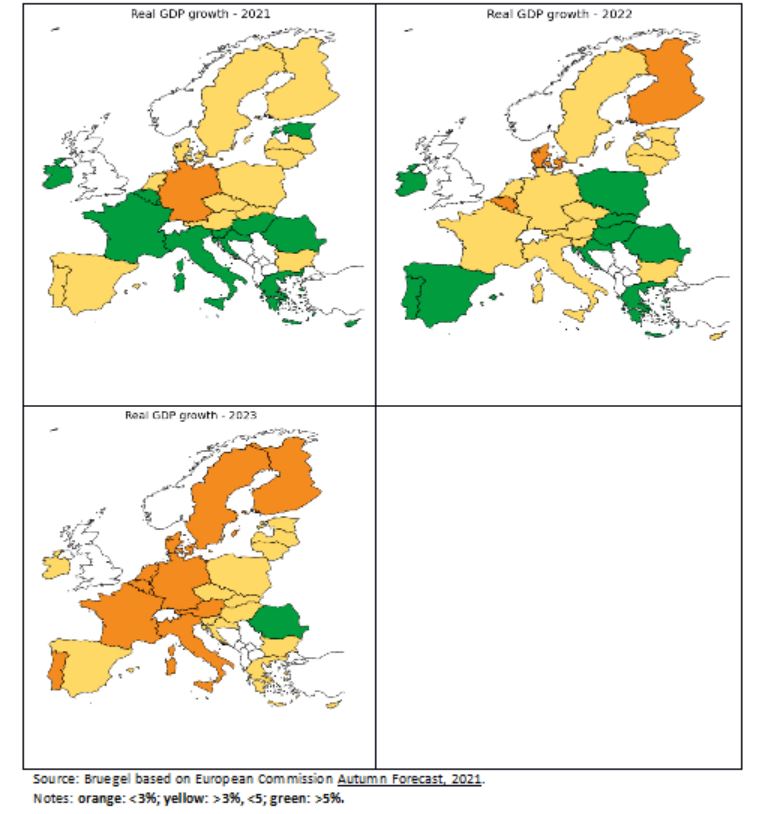 This year, France, Ireland, Italy, Greece, and a number of countries in central Europe and the Baltics will experience growth in excess of 6 per cent. This is a strong recovery.

This is interesting because countries in the south of Europe and some in central Europe and the Baltics were hit hard by the pandemic and were vulnerable to begin with, as they came into the pandemic with a higher number of zombie firms.

This implies that as support measures are lifted, these countries would be expected to see a higher number of corporate defaults, which would affect their ability to rebound.

Figure 2: A geographical summary of vulnerabilities 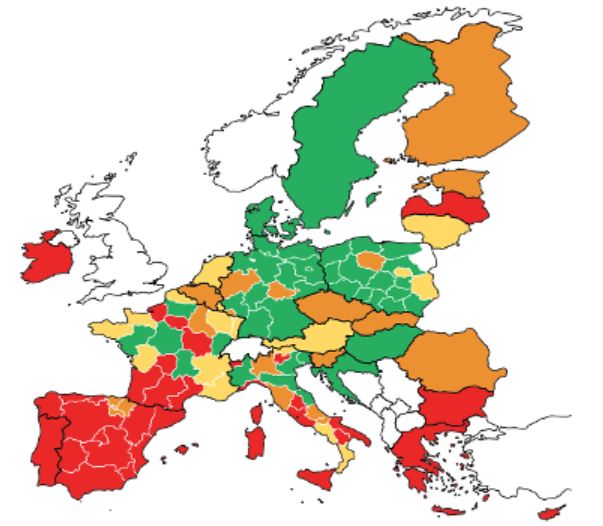 Indeed, countries including Spain, Greece, Portugal and Cyprus were particularly exposed (red in Figure 2) as their economies rely heavily on sectors like services that were immediately affected during the pandemic and were in a relatively worse position in terms of underperforming firms at the onset of the pandemic.

However, the European Commission forecasts show that these vulnerabilities will not impact economic dynamism. Similarly, countries in the north of Europe that appear less vulnerable in Figure 2, do not necessarily do better over this three-year period. Countries that saw a larger drop in GDP during the COVID-19 crisis, are seeing now a large bounce-back.

Outside the euro area, Poland, Romania, and Hungary will face inflation rates of up to 5 per cent. Almost all countries in central Europe and the Baltic will face high inflation this year and next before inflation begins to drop.

Scandinavian countries will not see any significant inflationary pressures, inside or outside the euro area. 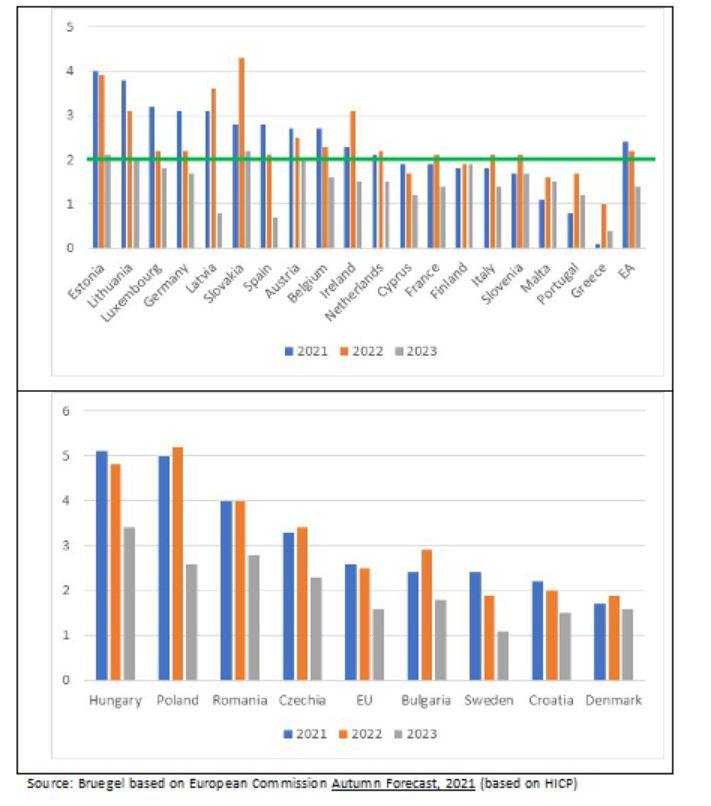 Notes: The green line is the ECB’s inflation target of 2 per cent relevant for countries in the euro area.

It is encouraging to see that those countries hit comparatively hard during the financial crisis and took time to recover are now able to absorb the current shock much faster and return to a pre-pandemic growth path. No doubt the help provided by policy, both in the form of quantitative easing by the European Central Bank, as well as the various programmes including the Recovery and Resilience Fund, are significant contributing factors.

A significant additional risk to both inflation and the growth outlook has to do with energy prices and the accompanying possible higher inflation, with secondary effects in the form of higher costs and wages. Currently, energy prices account for about 50 per cent of the euro area inflation rate. If higher prices were to persist longer, these second-round effects will begin to sustain pressures on inflation.

*Maria Demertzis is the Deputy Director at Bruegel, a Brussels based think-tank. This piece was originally published in the Money Review section of the Greek newspaper Kathimerini. It also appeared as an opinion column on the Bruegel blog and as a post in the Cyprus Economic Society blog.