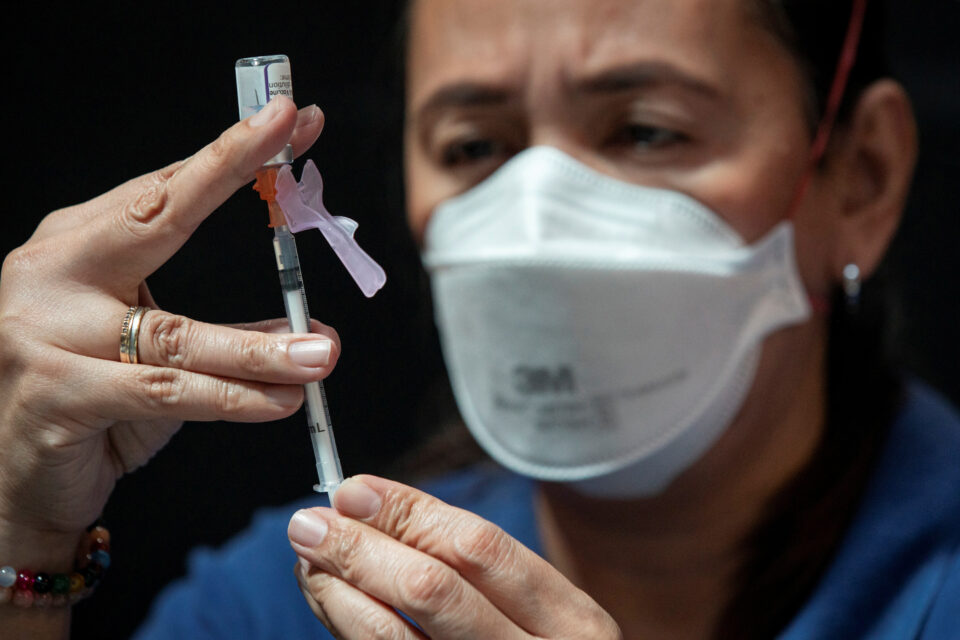 Millions of Americans got COVID-19 booster shots at a near record pace after the Biden administration expanded eligibility last week, but health officials concerned about climbing infections ahead of the winter holiday season urged more to get the additional protection.

About 37.5 million people had received a booster shot in the United States as of Tuesday, according to data from the U.S. Centers for Disease Control and Prevention (CDC).

“I think it is a good start,” said Dr. William Schaffner, a leading infectious disease expert from Vanderbilt University School of Medicine, who added that he believed boosters are more important for personal protection than for curtailing spread of the virus.

“I am hoping for much better. I would like to see all of that doubled very, very quickly,” he said of booster uptake.

U.S. regulators expanded eligibility for vaccine booster shots to all adults, allowing millions more Americans to get additional the protection amid a recent rise in infections, including among the fully vaccinated.

Previously, people age 65 and older and those at high risk of infection due to underlying health or employment conditions were eligible for the extra shots.

Just over six million people got an additional dose of one of the three approved COVID-19 vaccines last week, CDC data shows, the highest weekly total since boosters were first authorized, and an increase of over 15% from the previous week.

Over 130 million fully vaccinated adults in the United States are now eligible for the shots, at least six months after the second dose of the Pfizer/BioNTech or Moderna vaccines or two months after receiving Johnson & Johnson’s one-dose vaccine.

More than a quarter of those now eligible have received boosters. Some experts felt previous booster shot eligibility requirements were too complicated and may have discouraged people from getting them, or that previous evidence for the extra shots was lacking.

“There is much better justification for boosters now than when the White House first promoted the idea (in August). They did create some mixed messages,” said Dr. William Moss, executive director of the International Vaccine Access Center at the Johns Hopkins Bloomberg School of Public Health. “We are in a better place now.”

Public officials, including CDC Director Rochelle Walensky and top infection disease expert Dr. Anthony Fauci, have for weeks been urging more Americans to opt for additional protection as they prepare to travel and gather with friends and family for this week’s U.S. Thanksgiving holiday.

After about two months of declining infections, the United States has reported daily increases for the past two weeks, driven by the more easily transmitted Delta variant of the virus and people spending more time indoors due to colder weather.

“We’d like to get as many people who were originally vaccinated with the first regimen boosted,” Fauci said on Tuesday in an interview for the upcoming Reuters Next conference.

He said the “overwhelming majority” of Americans who have been fully vaccinated should now receive a COVID-19 booster shot based on data showing they provide “substantial” protection beyond what is seen from the original inoculation.

Regulators backed the additional doses out of concerns over data showing immunity generated by the first shots wanes over time. Studies have shown that booster doses generate higher neutralizing antibody levels on average than the initial inoculations, and data from Pfizer suggests they can significantly reduce infections.

Some scientists believe boosters are unnecessary for many healthy adults, arguing that vaccinating the unvaccinated should be the priority.

The World Health Organization (WHO) has advised against countries making boosters available until more people around the world have received their primary doses.

But on Tuesday, the WHO’s Regional Director for Europe, Hans Kluge, urged Europeans to get booster doses if offered in the face of surging cases. The WHO said there could be a further 700,000 deaths by March if action is not taken.

Presidency denies it is refusing to comment on Pandora Papers