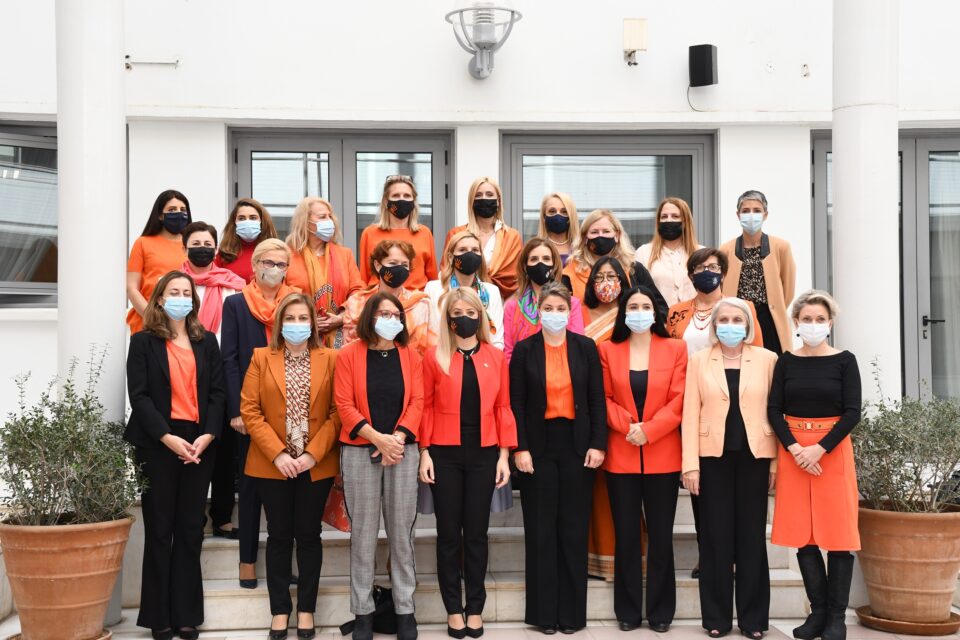 Women in politics must lead by example in condemning gender-based violence, House president Annita Demetriou said on Friday during a ceremony held as part of international campaign “Orange the World” for the elimination of violence against women and girls.

Demetriou was addressing current and former women members of the diplomatic corps and activists, who came together to learn about the Cypriot parliament’s participation in the UN secretary-general’s initiative “UNiTE by 2030 to End Violence Against Women,” held this year with the motto “Orange the World: Fund, Respond, Prevent, Collect!”.

The worldwide campaign runs for 16 days, running from November 25, International Day for the Elimination of Violence against Women, until December 10, Human Rights Day.

“As the first woman House president,” Demetriou said “I have set gender equality and the rights of women and girls very high in my agenda and I am thankful to my colleagues for being here today, supporting me fully in this scope.”

MPs are “continuously working with determination to promote gender equality, to ensure that women and girls are empowered, and to raise awareness regarding gender-based discrimination and violence,” she said.

The House president noted the global rise in gender-based violence and femicide as a result of the pandemic, and emphasised the role of parliaments in protecting women’s rights and moving towards gender equality.

She added that to this end, important steps have been taken in the legislative field, such as adopting in 2020 the bill criminalising sexist acts, which was tabled by a group of MPs including herself.

“In Spring 2021, two further, significant legislative acts were promulgated: the Law on the Protection from Harassment and Stalking that establishes a comprehensive framework in civil and criminal law regarding the said phenomena of harassment and stalking and the Law on the Prevention and Combating of Violence against Women and of Domestic Violence that harmonises Cyprus with the provisions of the Istanbul Convention”.

Demetriou reiterated Parliament’s commitment to achieving gender equality by contributing effectively, both domestically and on an international level, to promoting women’s rights.

“We must all stand united, regardless of our gender, sexual orientation, age or origin, to ensure that violence, abuse and inequalities are eradicated from today’s society,” she said.

“I am confident that the ‘Orange the World’ initiative will be the beginning of a close cooperation among us, to raise awareness on women’s rights and work collectively towards reaching the goal of eradication of gender-based violence.”