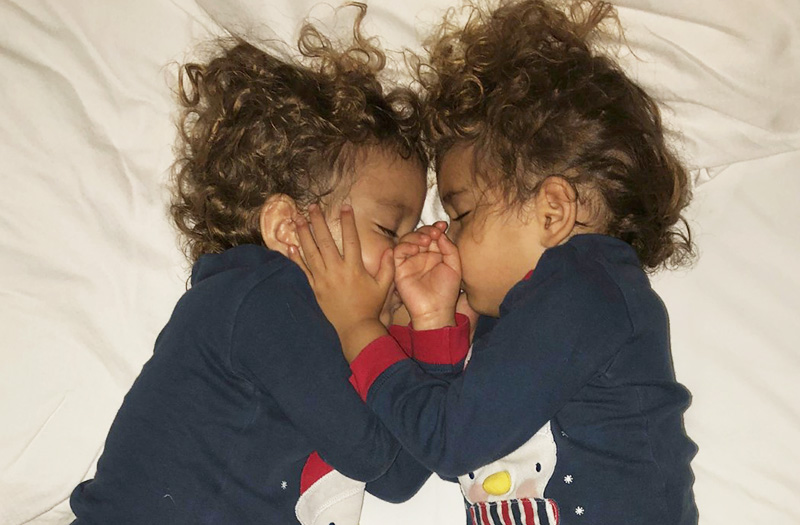 I woke up drenched in pee the other night. Leonida’s, not mine.

I’d dozed off sleeping next to him and the next thing you know he’s waking me up to tell me he’s wet. How could he possibly be wet, I thought to myself sleepily. And then it dawned on me: I hadn’t made sure he’d used the toilet before bedtime.

“Did you do a pee pee?” I asked him groggily, hoping that he’d perhaps spilled the contents of his water bottle over himself.

“No,” he replied, from his slumber.

I put my hand out to touch his pyjamas and the bedsheets. He’d most definitely wet the bed. His PJs were not only wet through but I could now smell it.

Most mums would bound out of bed, get Leonida up, shower him down and change the bedsheets, I told myself. But that would involve waking Katerina, because they share a bed, which wasn’t a pleasant thought as she’d be understandably cheesed off.

It was also 2am on a school night, I reminded myself, so goodness knows what time they’d get back to sleep after going through all that palaver, which would invariably mean two grumpy kids in the morning.

To hell with it, I thought to myself, peeling off his pyjamas and pulling him over to the dry side of the bed with me and covering him with a dry bit of duvet. It could wait until morning and then I’d strip the bed, wash the mattress with Dettol and boiling water, and give all three of us a shower before school. I was pretty sure I could smell traces of stale urine on my pyjamas too, but I wasn’t going to let that bother me.

As I lay sandwiched between the two of them, on Katerina’s side of the bed, I willed myself to try to get back to sleep despite the discomfort.

I could hear my husband’s gentle snores from the main bedroom. I didn’t think he’d appreciate me joining him with traces of pee on me. I also knew that Leonida would probably come looking for me in the middle of the night and clamber into bed beside us. That most definitely wouldn’t go down well!

I tried to look on the bright side. At least it would mean freshly laundered sheets the next night and it would mean the pair of them would go to school with not only brushed teeth but also washed faces.

I’m not sure what time I finally dozed off only to be startled by my alarm at 5am. Thankfully it didn’t wake the kids. I like getting up before them to have some quiet time in the mornings.

As I clambered out of bed, Leonida rolled over and snuggled up to his twin, who curled back into him. I felt my heart expand with love and then grabbed my phone to take a picture for posterity. I sent a silent prayer of thanks for them both coming into our lives.

At around 6am Leonida padded out to greet me in the kitchen as I was preparing his sandwich for school.

I was expecting him to resist the notion of a shower first thing in the morning, but he was more than happy to have one. When Katerina woke 30 minutes later, I was sure she would point blank refuse as she had had one before going to bed.

But, just like her brother, she surprised me and agreed to get in without saying a word as I soaped and hosed her down.

I was certain that we’d be running late because of them having to have showers in the morning but, to my delight, found we were actually ahead of time. I’d also managed to put the laundry on and drench the mattress in boiling water and Dettol. I only hoped it would dry by nightfall.

As I drove them both to school, I toyed with the idea of suggesting a morning shower every day. I shower twice a day, so maybe they would enjoy it too, especially as they looked extra fresh and alert this morning.

I finally decided not to say anything. The morning had gone well. I’d leave it at that. But from now on, I’m always reminding them to take a pee before bed.