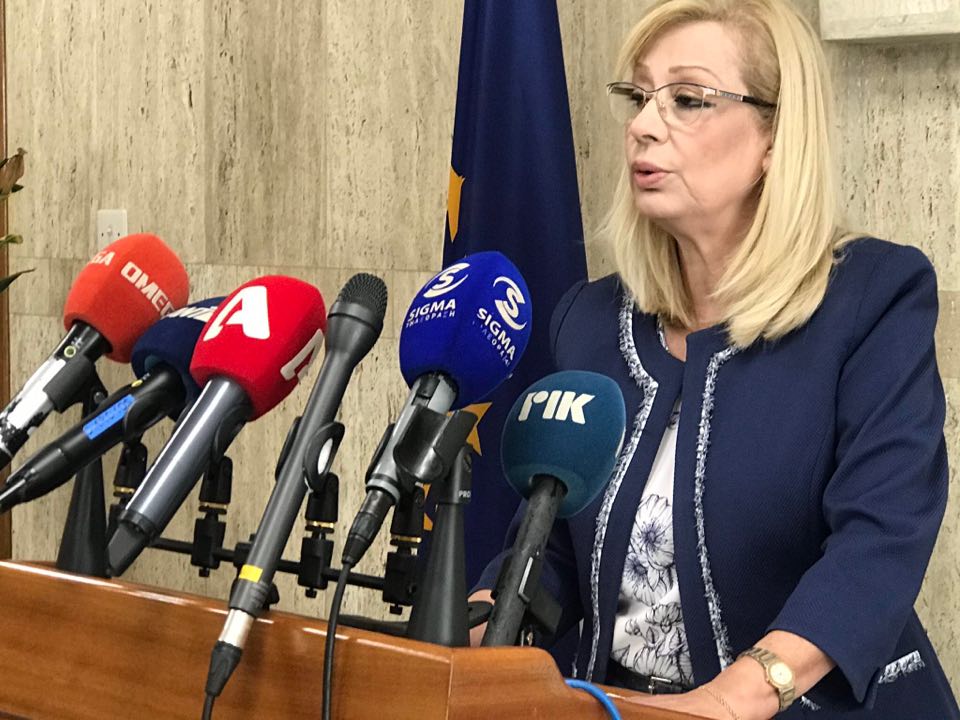 Unemployment has dropped to the lowest level in the last 20 years, while during the coronavirus situation the state has spent around €920 million in supporting employees and businesses, Labour Minister Zeta Emilianidou said on Monday.

She was speaking in parliament during a review of her ministry’s budget for 2022 which comes to €656 million.

Emilianidou noted that the government has successfully responded to the “enormous problems” posed by the Covid pandemic over the past two years or so.

The state spent €760 million on subsidising the wages of some 210,000 workers, plus another €160 million on one-time cash injections to businesses impacted by the coronavirus-related measures.

According to the minister, Cyprus ranks second among the EU-27 countries in terms of the percentage of employees receiving financial support during the pandemic.

Meanwhile, with the rebound in economic activity, unemployment declined to 3.6 per cent in October – the lowest level in the last 20 years.

“At this moment we have full-employment conditions,” Emilianidou asserted.

Of the ministry’s €656.2 million in proposed expenditures for fiscal year 2022, 94 per cent relate to social benefits, four per cent to salaries, and two per cent to operating costs.

“It is clear that the welfare state continues to be strengthened, as it has been for years,” she noted.

Taking questions from MPs on policy matters, the minister demurred on when the government would institute a national minimum wage, saying only that the aim is to complete the dialogue with social partners by the end of the year.

Calling the national minimum wage “a major reform”, she said that once it is decided and instituted, an entity comprising experts would review the amount every two years.

The government is also preparing legislation regulating remote work, primarily concerning the private sector. Modeled on the corresponding legislation introduced in Greece, the bill’s provisions will designate a cutoff hour during the day after which an employer may not receive work from a person working remotely.

Additionally the government is devising a scheme subsidising the hiring of remote workers for a period of one year.

Regarding the lack of workers in certain sectors of the economy – such as hospitality – the minister said she would consider employers’ requests to ease the conditions under which non-EU foreign nationals may be gainfully employed.

But, she added, priority would go to the some 14,000 Cypriots out of a job, then EU citizens, and then non-EU nationals.

Emilianidou dismissed the notion that many people capable of working have stopped searching for a job, relying instead on the Guaranteed Minimum Income, or GMI.

Checks of GMI recipients – based on their assets and their deposits in banks – have verified that the beneficiaries are some of the most financially vulnerable individuals in the country.

The minister got some pushback from main opposition Akel, who accused her of trying to paint a rosy picture at a time of growing social exclusion and rising cost of living.

Akel MP Andreas Kafkalias remarked that “the truth is certainly not what the government likes to present.”

Emilianidou responded: “The truth is that in the midst of the crisis, assistance was given to 210,000 people who otherwise would have had zero income.”

On the cost of living allowance (CoLA), she said the ministry would referee an ongoing debate between trade unions and employers; the former want to reinstate CoLA, the latter to scrap it entirely.

The junior ministry’s balance sheet comes to €546 million, of which €225 million is earmarked for GMI.

As of January 1 of 2022, the junior ministry for social welfare will take over GMI from the labour ministry.