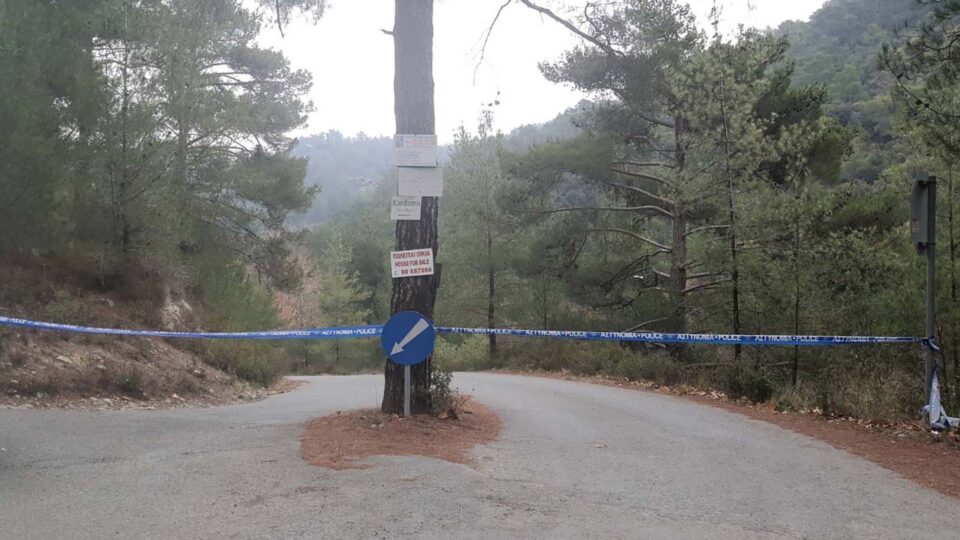 The bodies of two Russian women missing since November have been removed from the ground after they were found buried in the early hours of Sunday in the garden of the holiday home police have been searching for the last few days.

The 32-year-old main suspect – arrested about ten days ago – broke down during questioning and admitted to killing the two women, aged 43 and 33.

Police chief Stelios Papatheodorou said the suspect said he had shot the two women although no reason has been given.

The suspect told police he dug a hole in the garden about 1.5 metres deep and 10 metres away from the house. After burying the women there he covered the area with gravel.

Recent rainfall covered his tracks on the ground, which is why police did not initially discover the burial site.

The suspect said he went hunting and when he got back at about 7am he heard the two women talking about him and then he shot them.

Heavy rainfall in the area on Sunday made the removal of the two bodies difficult.

The two women, Alraeesi Khaiat, 43 and Mariia Gazibagandova, 33, arrived in Cyprus as tourists, one at the beginning of summer, the other around one and a half months ago.

They were reported missing from their Larnaca residence on November 17.

The suspect had spent time with them at the house in Kato Amiantos, where he had been doing construction. The owner of the home did not know this.

Investigations had already found blood which matched the DNA of one of the women at the house. Blood was also found on a mini excavator that was being used in the construction work.

The 32-year-old Syrian suspect, who is married to a Greek Cypriot, also appeared to have used the credit card of one of the missing women at various establishments.

He had told police that a second Syrian, 23, was involved in the case, who was arrested by police at around 7pm on Saturday after they received a tip off.

The police cut off the car he was in and arrested him. The 23-year-old reportedly said he has nothing to do with the case and does not know the two women.

The main suspect spoke to police after the 23-year-old was arrested, seemingly only naming him to distract the police.

The 23-year-old was released but immediately re-arrested in connection with some cases of theft.

As the bodies have now been found, police said they are investigating a case of double murder.

State pathologists Angeliki Papetta and Orthodox Orthodoxou are at the scene.

The 32-year-old was already in police custody, having been remanded for a second time on Friday.

He will be handed over by Larnaca CID to Limassol CID to be arrested on charges of double murder.

The case against him by Larnaca police for abduction is no longer valid.

He is expected to be taken to Limassol district court on Monday for remand.

\see also: Two more sought for double murder, bodies ‘would not have been found’ without suspect’s help