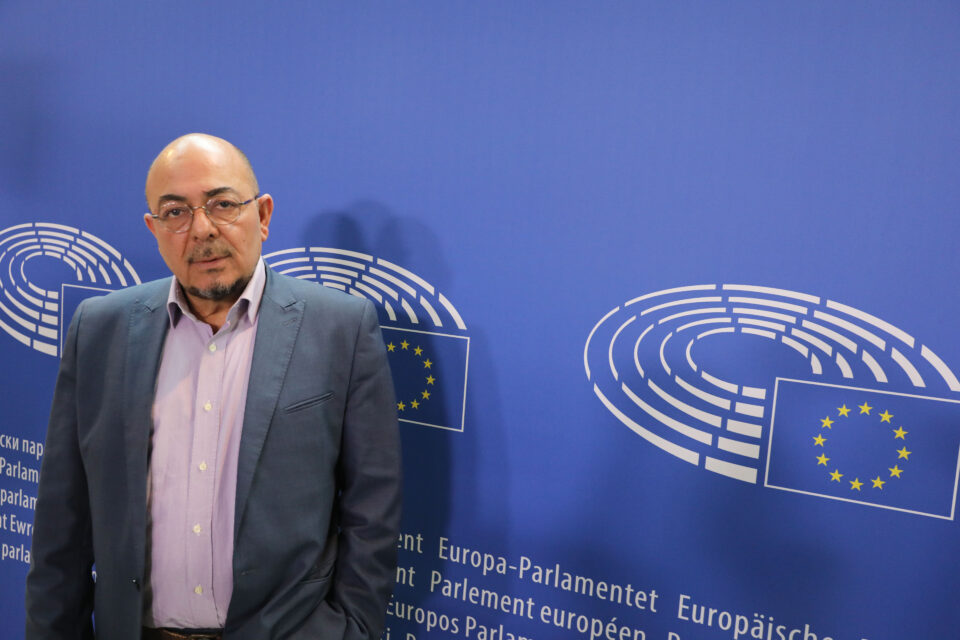 In the relatively short period since its foundation in 1989, the University of Cyprus has established itself and has emerged in the eyes of society and the international academic community as a higher education institution that offers high quality courses of study, promotes praiseworthy research and makes a substantial contribution towards the advancement of knowledge.

However, the university’s most important achievement is the freedom of expression and the plurality of ideas that prevails within its ranks. Both these elements are essential prerequisites for elevating an academic institution into a nursery of innovative thinking and a melting pot of ideas.

This idyllic situation was recently disturbed by the criticism levelled at the University Senate for its reluctance to condemn a secondary school teacher because of his paintings which variously presented Jesus Christ riding a motorcycle, depicted a young man urinating on the feet of the late Archbishop Makarios and General Grivas in an attempt to convey the message that he holds both of them responsible for the occupation of Cyprus by Turkey over the past 47 years.

The source of the discontent towards the University Senate for failing to condemn the painter is believed by many to emanate from the church. If so, the incident is inopportune because in a secular state such as Cyprus, the ecclesiastical authorities, although they unquestionably have the right to express their views on any matter concerning society, any attempt on their part to impose their views on the whole of society is unacceptable and reprehensible.

Any such attempt is particularly unacceptable and condemnable when it is expressed and manifested through an oblique route and, more specifically, by questioning the legitimacy of the democratic election in 2019 of Niyazi Kizilyurek, as one of Cyprus’ MEPs. Until his election to the European Parliament, he was a political history professor and dean of the School of Humanities at the university.

Article 70 of the Cyprus constitution precludes active members of the cabinet, elected state officials, persons serving in the armed or the security forces and those holding any other rewarded public office or position, including any office or position in a public service or utility, from simultaneously serving as members of parliament. At a recent meeting of the House ethics committee, it was alleged that the provisions of Article 70 have been violated in the case of Mr Kizilyurek, despite the fact that the constitution explicitly limits this “incompatibility” to offices and positions held “for a reward”.

Responding to this allegation, the university’s rector Tassos Christophides – who had been invited to attend the meeting – explained that the Senate had considered the issue and concluded that the discontinuation of Mr Kizilyurek’s emoluments and of every other pecuniary benefit derived from the university, in conjunction with his total abstention from any teaching, research and administrative activity, confined the risk of any conflict of interest arising to zero. As a consequence, the Senate concluded that there was no problem, either with the spirit or with the letter of the law.

The heated debate which followed was provoked by the statement of the representative of the state Audit Service, Marios Petrides, that the university “has consistently and repeatedly violated laws that were considered to be ‘inappropriate’.” This position was unreservedly supported by Zacharias Koulias, Diko MP and by Andreas Themistocleous, MP (recently disassociated from Elam). Referring to the university dean, Koulias stated that “this is the first time I hear a senior official of the state having no respect for the constitution and the laws of the country”. Themistocleous then added that “it is inconceivable for some people to be rewarded handsomely by society to violate the constitution and, in general, the laws of the land, and, at the same time, to appear before the House and make fun of the Representatives of the People”.

In a subsequent discussion I had with Mr Kizilyurek, he assured me that, based on the arrangements made on his election as an MEP and for as long as he serves in this capacity, no remuneration or any other benefit has been received or will be received by him from the university and that he has not had and will not have any teaching, research or administrative involvement in the University. “In other words,” said Mr Kizilyurek “for as long as my capacity as an MEP lasts, my relationship with the University of Cyprus will be a completely inactive relationship, a relationship of total abstention from any university activity.”

Under these circumstances, a question inevitably arises as to the motives of those who have raised this issue, especially in view of the fact that the issue has been raised at a time when corruption and collusion in Cyprus are rampant and the failure to get a properly functioning system of justifying the wealth accumulated by the politically exposed persons is at the centre of the attention of the Cypriot civil society.

There is absolutely no doubt that the issue of conflicts of interest composes a chapter of the utmost importance in the book dealing with corruption and political collusion but – at least to me – it is not obvious what kind of a conflict of interest can arise by the assumption of the position of an elected member of the European Parliament by a dormant, totally inactive professor of the (public) University of Cyprus.