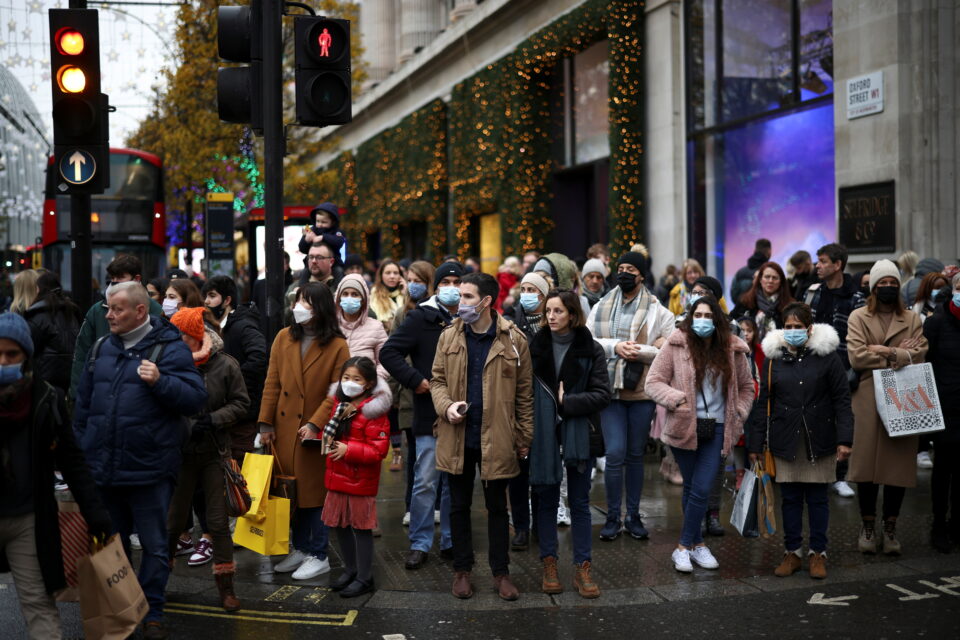 Britain could implement tougher Covid -19 measures, including advice to work from home, as early as Thursday in a bid to slow the spread of the Omicron variant of the coronavirus, according to media reports.

Sterling fell and investors pared back their bets on a Bank of England interest rate hike next week as the reports said Johnson might announce as soon as Wednesday the new Plan B which could also include Covid passports for large venues, the reports said.

Times Radio presenter Tom Newton Dunn, citing unnamed government sources, said on Twitter that a source had told him the announcement of Plan B was “85% likely”.

Jessica Elgot, chief political correspondent of the Guardian, said: “One source tells me new COVID rules are imminent, a version of Plan B inc home working, as early as tomorrow”

A spokesperson for Johnson’s office had no immediate comment on the reports, which raised the prospect of another blow to Britain’s economic recovery from its historic slump in 2020.

Johnson has been facing a backlash after a video surfaced showing his staff laughing and joking over how to explain a gathering in Downing Street during a Christmas Covid lockdown last year when such festivities were banned.

Johnson and his ministers have repeatedly denied any rules were broken in late 2020, though the Mirror newspaper said Johnson spoke at a leaving party and that his team had a wine-fuelled gathering of around 40 to 50 people to mark Christmas.

Johnson’s spokesperson has said no party had been held.

At the time of the Downing Street gathering, tens of millions of people across Britain were banned from meeting close family and friends for a traditional Christmas celebration – or even from bidding farewell to dying relatives.

The leader of the opposition Labour Party, Keir Starmer, said the video was an insult to those who had followed lockdown rules. “The prime minister now needs to come clean, and apologise,” he said.

Conservative Party lawmaker Roger Gale said that if parliament had been deliberately misled, it would be a resignation matter.

But another Conservative lawmaker said that while the mood in the ruling party was poor, there was not the strength of feeling yet for a move against Johnson.

Nearly 146,000 people have died from Covid in the United Kingdom.