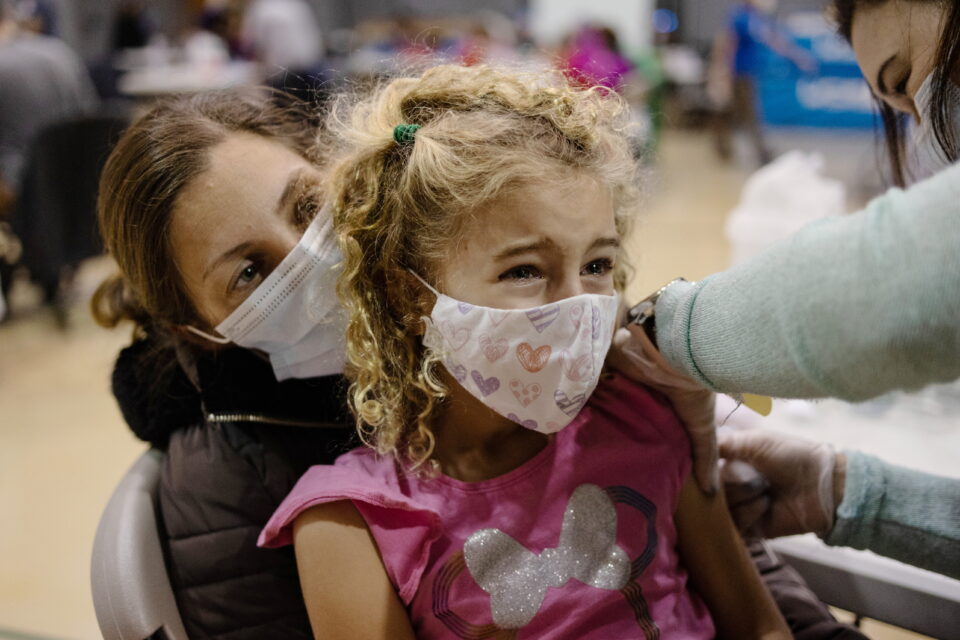 The U.S. Food and Drug Administration on Friday authorized two COVID-19 vaccines for children aged 5 and under, opening the door to vaccinating millions of the country's youngest children./file photo

The United States rushed millions of COVID-19 vaccine doses for children ages 5 to 11 across the nation, but demand for inoculations for younger kids has been low, more than a dozen state public health officials and physicians said.

Of the 28 million eligible U.S. children in that age group, around 5 million have received at least one dose, according to federal data, likely satisfying initial pent up demand from parents who were waiting to vaccinate their kids.

At the current pace, fewer than half of U.S. children ages 5 to 11 are expected to be fully vaccinated in the coming months, state officials told Reuters. Some states, including Mississippi, said thousands of vaccine doses are sitting idle.

“We are concerned that the demand is not going to be as quick and as great as it was for the adult population,” said Karyl Rattay, director of Delaware’s division of public health.

A smaller dose of the Pfizer/BioNTech COVID-19 vaccine for those aged 5 to 11 received U.S. authorization last month, with the first shots https://www.reuters.com/world/us/us-start-giving-covid-19-vaccines-young-children-2021-11-03 going into young arms on Nov. 3.

Vaccine hesitancy among adult caregivers has affected the vaccination rate for this age group more than other groups, physicians told Reuters.

“I think parents are nervous. There’s probably a cohort of parents who felt comfortable vaccinating themselves… but are hesitant to vaccinate their children,” said Dr. Matthew Harris, a pediatrician leading COVID-19 vaccinations for the Northwell Health hospital system in New York.

The push to vaccinate children has taken on fresh urgency amid concerns that the new Omicron variant of the virus, first identified in southern Africa and Hong Kong in late November, will spread quickly in the United States, causing a surge in infections already back on the rise from the easily transmitted Delta variant.

Given the pervasiveness of Delta and prospects of new variants spreading in the United States, “having as much immunity in the population as possible is critical,” said Dr. Amesh Adalja, senior scholar at the Johns Hopkins Center for Health Security.

While serious illness and death from COVID-19 among children is relatively rare, cases among unvaccinated people under age 17 have increased in recent months. Infected children can also pass COVID-19 to other people at higher risk of serious illness, including those who have already been vaccinated.

Some parents have been concerned about reports of heart inflammation, a rare vaccine side effect seen in young men at higher rates than the rest of the population.

On Tuesday, U.S. Centers for Disease Control and Prevention Director Rochelle Walensky said the agency has been scouring its database of adverse events and has not found any reports of the condition among 5- to 11-year-old recipients of the vaccine.

The children’s vaccine rollout may also be hampered by staffing shortages at healthcare providers, and greater reliance on pediatricians as opposed to larger and more efficient mass vaccination centers, said Sean O’Leary, a professor of pediatrics at University of Colorado.

Fewer than 20% of U.S. children ages 5 to 11 have gotten at least one shot so far, compared to around 80% of U.S. adults, according to federal data. Of particular concern is that the number of U.S. children getting COVID-19 shots may already be plateauing.

In the past week, more children have been receiving a second dose of the COVID-19 vaccine than a first, according to government data. That suggests a slowdown in demand aside from those who were anxious to get their kids vaccinated at the first opportunity.

“I think what we were hoping for was that parents would have these meaningful conversations with pediatricians and that would provide them confidence to vaccinate their kids,” Northwell’s Harris said. “I’m not sure that that’s really come to fruition.”