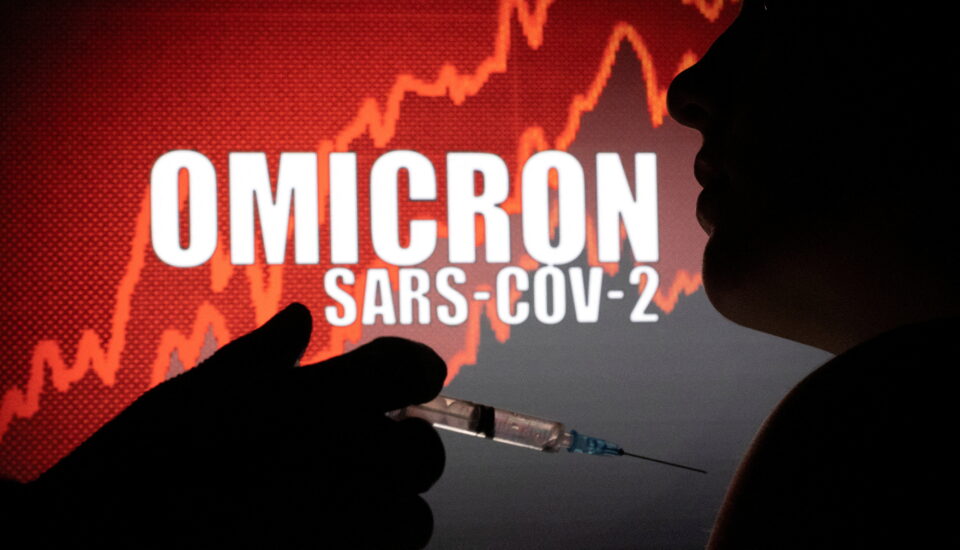 Coronavirus infections have soared across much of the world as highly infectious Omicron has spread, triggering new curbs in many countries. World Health Organization officials have said, however, that it is too soon to draw firm conclusions about its virulence.

First identified last month in Southern Africa and Hong Kong, the variant is quickly becoming dominant in much of western Europe including Britain, where daily infections have soared beyond 100,000.

Preliminary data had indicated Omicron was more resistant to vaccines developed before it emerged. But increases in hospitalisations and deaths in Britain since Omicron took hold have been more gradual, researchers said.

University of Edinburgh researchers who tracked 22,205 patients infected with Omicron said late on Wednesday that the number who needed to be hospitalised was 68% lower than they would have expected, based on the rate in patients with Delta.

Imperial College London researchers said they saw evidence over the last two weeks of a 40% to 45% reduction in the risk of hospitalisation for Omicron relative to Delta.

Raghib Ali, senior clinical research associate at the University of Cambridge, said scientists had warned that, with the surge in UK cases, even a small proportion of hospitalisations could overwhelm the healthcare system.

However, the UK data was encouraging and “may help justify the government’s decision not to expand restrictions on social gathering over Christmas in England,” he said.

AstraZeneca meanwhile said on Thursday that a three-course dose of its COVID-19 vaccine offered protection against the variant, citing data from an Oxford University lab study.

Findings from the study, yet to be published in a peer-reviewed medical journal, match those from rivals Pfizer-BioNTech, and Moderna.

The study on AstraZeneca’s vaccine, Vaxzevria, showed that after a three-dose course, neutralising levels against Omicron were broadly similar to those against Delta after two doses.

Hours earlier, Novavax Inc said early data showed its vaccine – authorised for use this week by European Union regulators and the WHO but yet to be approved by the United States – also generated an immune response against Omicron.

As financial markets welcomed the signs that Omicron might be less severe than feared, global shares extended a rally on Thursday while safe-haven bonds and currencies eased.

Beyond western Europe, the Delta variant continued to spread.

The coronavirus death toll in Russia, where officials said this week they had detected only 41 Omicron cases, passed 600,000 on Thursday, Reuters calculations based on official data showed, after a surge of infections linked to Delta.

Only the United States and Brazil have recorded more coronavirus deaths.

The Chinese city of Xian, where no Omicron cases have been detected, put its 13 million residents in a lockdown as the daily count of domestically transmitted COVID-19 infections rose for a sixth day running..

The UK data on hospitalisations was supported by a study released on Wednesday by South Africa’s National Institute for Communicable Diseases (NICD).

“It is difficult to disentangle the relative contribution of high levels of previous population immunity versus intrinsic lower virulence to the observed lower disease severity,” they wrote.

The WHO’s technical lead on COVID-19, Maria van Kerkhove, also said the U.N. agency did not have enough data to draw firm conclusions. The data on Omicron was still “messy,” she told a briefing in Geneva on Wednesday.