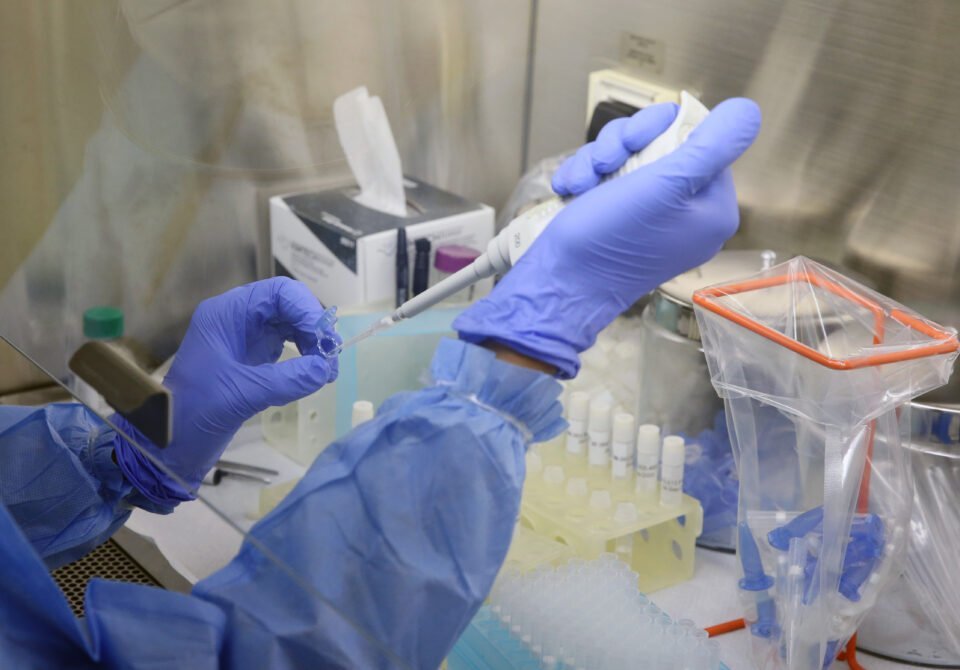 A first of its kind study on the levels of antibodies to SARS-CoV-2 among Cypriots who had Covid-19 has been published in the peer-reviewed Journal of Clinical Medicine.

The study involving almost 2,000 volunteers was carried out by ten researchers from the University of Cyprus (UCy), which said it was the first study of its kind conducted among the Cypriot population and published in a peer-reviewed journal, which provided an opportunity to study various factors that may affect the levels of anti-coronavirus antibodies.

“The results are worth studying and comparing with similar results from other populations,” UCy said in an announcement. Vaccinated people were not included in the study this time but a future study is planned.

Specifically, people who were positively diagnosed with coronavirus, health professionals from Nicosia General Hospital, Makarios Hospital and Paphos General, and people from the general population were invited to participate in the research. The results concern 1,898 volunteers.

The study said that the titer of IgG antibodies against SARS-CoV-2 was analysed by qualitative and quantitative method with the results showing that older people 60 and over, men, and people who had symptoms or were treated for Covid-19, were more likely to achieve higher IgG antibody titers.

The results found that the antibody response to SARS-CoV-2 infection peaks in the first three months and then drops sharply and stabilises or decreases after six months.

All those who took part reported that their SARS-CoV-2 infection was confirmed either by rapid antigen testing or a PCR test. The study required that participants were free of symptoms at the time of enrolment to the study and excluded volunteers if they experienced symptoms less than 15 days prior to their visit to UCY’s Biobank Centre of Excellence in Biobanking and Biomedical Research.

Individuals who reported a history of vaccination (40% were reportedly partly vaccinated and 36% fully vaccinated against Covid-19) were excluded from the final analyses. The final dataset included 1,132 individuals, of whom 969 (85.6%) had a self-reported history of previous SARS-CoV-2 infection and 163 (14.4%) did not.

Researchers found that RBD-specific IgG among previously infected individuals changed over time from the date of diagnosis and/or symptom onset. Specifically, antibody levels increased during the first three months and then decreased until month six, with a much slower rate of reduction thereafter.

Furthermore, differences in the antibody levels across different population sub-groups were recorded, suggesting that the heterogeneity of immune responses including that of circulating antibodies is a salient characteristic of SARS-CoV-2 infection.

“In particular, our study showed that older individuals (>60 years), males, and those who developed symptoms or were hospitalized, were more likely to achieve higher titers of RBD-specific IgG or have IgG against the N protein,” the study says.

“Our results show that the concentration of circulating IgG antibodies decreases with time, but they remain detectable for more than six months after symptom onset or diagnosis, which corroborates the findings of other research groups.”

it said that the initial decrease in the antibody levels, followed by a more gradual decline, is consistent with the bi-phasic nature of antibody kinetics, which describes the transition to the secretion of antibodies from virus-specific long-lived plasma cells in the bone marrow, rather than from short-lived plasmablasts, which are produced later in the immune response to SARS-CoV2 infection.

Similarly, RBD-specific and neutralising antibodies were detectable in the circulation for up to a year post infection.

Virus-specific memory CD4 T cells, a feature of cellular immunity, were also detected in >90% of COVID-19 cases between six and eight months after infection, the study found.

“Interestingly, in one of these studies, the antibody responses of those with severe disease occurred on average one week later than in those with mild/moderate disease. This delay in antibody production during the early days of infection might explain the disease progression of severe COVID-19 cases,” it added.
UCY said that although gender, age, and disease severity contribute to the heterogeneity of immune response reported in the study, the source of much of the overall heterogeneity remains unknown and was worthy of further examination.

The model only explained only a small portion of the variability in RBD-specific IgG levels, suggesting that other factors including genetics, antigenic load, immune status, comorbidities, and pre-existing immunity were also likely important determinants.

For instance, seroprevalence was reduced in people with inflammatory bowel disease (IBD) treated with infliximab, and IgG antibodies against the N protein were not detected in IBD patients four months after the diagnosis. Another example involved kidney transplant recipients who experienced a considerable decrease in N-specific IgG seroprevalence six months after infection.

The researchers wanted to point out that “recall bias” was also likely in the analyses because symptoms were not retrieved from medical records or surveillance registries but were reported by the participants during their interview for the study. Another weakness of this study is that it focused on the adult population, “which limits our ability to understand antibody response among adolescents and children in Cyprus”.

The study said that preliminary observations not included in the publication indicated that antibody levels after first- and second-dose vaccination, rise much higher compared to those of those who became ill, but again the levels fall in a few months after the second dose.

“Our team emphasizes that vaccination is the best method of protection against Covid- 19, both on a personal level and in the family and wider society,” the study said.

The research is ongoing and the call is open to vaccinated volunteers to monitor their antibodies over time. Individuals who have taken the third installment and wish to participate in the research study, are invited to contact the Biobank of the University of Cyprus 15-30 days after the third dose, by phone: 22-892815 or via the website: https://biobank.cy/erevna-covid-19/

The test for antibody detection in the population is free.

The published study was funded mainly by the EU’S HORIZON 2020 Research and Innovation Programme under a grant, by the government and by UCy. The project was also partly sponsored financially by the Chinese Embassy in Cyprus and the Volunteer Doctors Cyprus organisation.

Larnaca castle lights out of commission