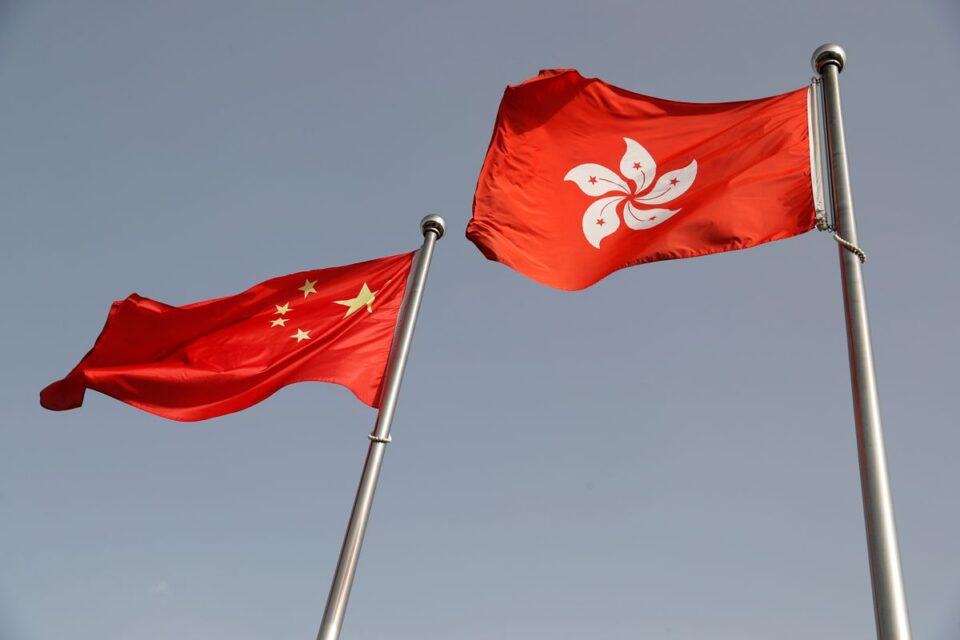 The Embassy of China in Cyprus takes note that the Cyprus Mail carried a Reuters report entitled “Hong Kong’s jailed, exiled democrats lament Sunday election” on December 19, 2021. The embassy believes that relevant content in the above report was largely inconsistent with the facts, which may seriously mislead readers.

The report says among other things, that “the Chinese police arrested and detained democrats”, “China’s parliament announced sweeping changes to the electoral landscape, reducing the number of directly elected seats from half to around a quarter”, and cited the “Six-monthly Report on Hong Kong” issued by the United Kingdom as saying that “curtailing of space for the free expression of alternative views continues to weaken checks and balances on executive power”, “parties not closely aligned with the mainland or that are not pro-establishment will be excluded almost entirely from the legislature.”

The so-called “democrats” mentioned in the report are in fact anti-China rabble-rousers in Hong Kong who have colluded with external forces in an attempt to subvert the regime and split the country. Sunny Cheung, who was suspected of knowingly participating in an unauthorised assembly and absconded abroad for fear of criminal charges, is wanted by the police. Benny Tai, Claudia Mo, and Leung Kwok-hung, who attempted to interfere in the election and paralyse the Hong Kong Special Administrative Region government, were suspected of conspiring to subvert the state power and violated the Hong Kong National Security Law, and therefore were arrested by the police according to law and handed over to the court. Joshua Wong pleaded guilty to inciting and organising an unauthorised assembly under Hong Kong’s Public Order Ordinance and is serving his sentence in prison. These anti-China rabble-rousers openly challenged the Constitution and the Basic Law and severely damaged the social environment for further development of democracy in Hong Kong. Anyone that violates the law must be arrested and tried. Hong Kong’s judicial and law enforcement agencies arrest and try criminals in accordance with laws and regulations, which is a fair and just practice in any country. What is wrong with doing so?

The Reuters report also quoted the “Six-monthly Report on Hong Kong” released by the United Kingdom, which makes it self-evident that behind these anti-China rabble-rousers are Western anti-China forces represented by some from the UK, who are interfering in China’s internal affairs in the name of “democracy”. The Ministry of Foreign Affairs of China has solemnly pointed out that Hong Kong is a special administrative region of China, and UK does not have any supervision power and so-called “moral responsibility” for Hong Kong. With the return of Hong Kong and the promulgation of the Basic Law, the “Sino-British Joint Declaration” has fulfilled its mission, meaning no one can use it as an excuse to interfere in Hong Kong affairs. What is more, during the 156 years of colonial rule in Hong Kong, the UK repeatedly banned democratic reforms in Hong Kong and even implemented racial discrimination and high-handed policies. How come they have the right and the so-called “morality” to point fingers at Hong Kong? Considering the fact that Cyprus had also been under British colonial rule for decades, most of the Cypriots, especially the older generation, must have strong feelings about the island’s history of British colonialism.

The reform of the electoral system of the Hong Kong Legislative Council is stipulated by the Constitution and the Basic Law, which has a strict legal basis. In March 2021, the National People’s Congress improved the method for electing the Chief Executive and the Legislative Council of the Hong Kong Special Administrative Region. The Legislative Council of the Hong Kong Special Administrative Region subsequently passed the Improving Electoral System (Consolidated Amendments) Bill 2021. As a result, the compositions of the Election Committee were revamped, with its size increasing from 1,200 to 1,500 seats. The Legislative Council increased from 70 to 90 seats where 40 members returned by the Election Committee, 30 members returned by functional constituencies, and 20 members returned by geographical constituencies through direct elections. A candidate vetting mechanism has also been adopted to ensure the full implementation of the principle of “patriots administering Hong Kong”.

In the election on the 19th of December, 153 candidates competed for 90 seats in the Legislative Council, and there was competition for each seat. On December 20, 90 members with different backgrounds and political opinions were successfully elected. Among them, 22 candidates were elected for the first time, and 27.5 per cent of whom had a doctoral degree. They are from all walks of life in Hong Kong, including scholars and leaders from think tanks, trade unions, business sectors, with stronger complementarity and higher overall qualifications. The control of legislative power is no longer in the hands of the full-time politicians and vested interests as it previously was. Tik Chi-yuen, who declared himself to be from the “opposition camp”, also won his seat in the functional constituency of the social welfare sector. The Hong Kong Legislative Council election after the reform fully embodies broad representation, political inclusiveness, balanced participation and fair competition, and does not restrict the participation of dissidents.

In the words of the newly-elected member Priscilla Leung, the Legislative Council election on December 19 was held in an atmosphere of peace and the rule of law, in sharp contrast to the 2019 district council elections, when candidates were under life and safety threats from the “dark and violent forces” even in campaigning and voting. “In 2019, my parliamentary office was once attacked by three petrol bombs within one day. I do believe it is not about democracy and freedom at all,” she said.

The Hong Kong Legislative Council election also highlighted the principle of “patriots administering Hong Kong”. From a global perspective, no matter which country you are in, allegiance to your own country is a basic political ethic that public officials and those who run for public office must abide by. The “Treason Act” and “Official Secrets Act” of the UK and the committee on ethics in the US all demand legally public officials to be loyal to their country. Any Hong Kong citizen can participate in Hong Kong’s elections and governance in accordance with the law as long as they love their country and Hong Kong and do not engage in illegal activities that endanger national sovereignty, security, development interests, as well as Hong Kong’s prosperity and stability.

All democratic political systems must run under the rule of law, and their ultimate goal must be conducive to the development of society and the improvement of people’s well-being. The Chinese government is determined and confident to continue implementing the principles of “One country, Two Systems”, “Hong Kong people administering Hong Kong” with a high degree of autonomy. The future of Hong Kong will be better and brighter.

Embassy of China in Cyprus

Here’s why we need climate protests: even if some think they’re annoying