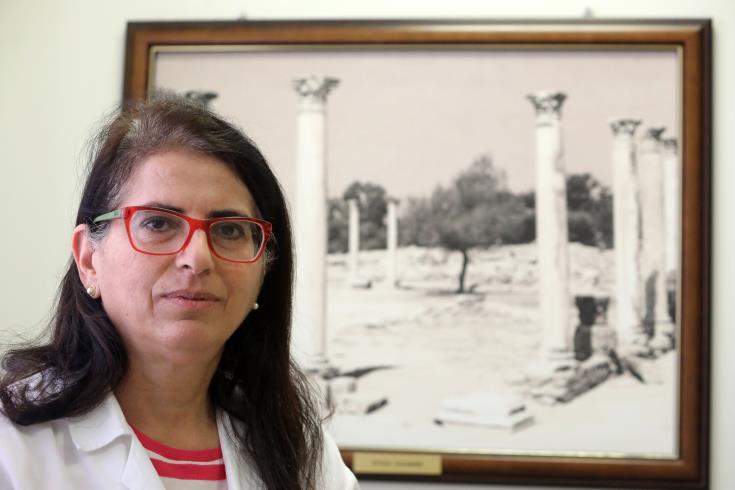 The Omicron variant appears to be causing more infections but fewer hospital admissions than Delta variant, a health official said on Tuesday.

Coronavirus cases have surged to four-digit numbers in the last few days, but there was no increase in the number of hospital admissions over the holidays, Famagusta reference hospital Scientific Director Amalia Hadjiyianni told the Cyprus News Agency.

“Although there is a continuous deterioration of the epidemiological picture in Cyprus, the number of hospitalisations of patients with coronavirus is under control,” she added.

There were 201 coronavirus patients in public hospitals as of Monday, of whom 81.1 per cent were unvaccinated.

The director said that following two new admissions, there were 42 patients at the hospital on Tuesday, seven of whom were in the high dependency unit. Four or five patients were expected to be discharged.

The median age of patients is at 62 years, while the youngest patient is 31 and the eldest 93 and unvaccinated, she added.

“A percentage of 85 per cent of patients treated at the refence hospital are unvaccinated,” Hadjiyianni said.

In Larnaca general hospital, there were 22 Covid patients while 126 people who tested positive to the virus were staying at the Eden rehabilitation centre in Tersefanou before their release in ten days’ time.

An additional 18 people were hospitalised at the post Covid ward, the health official said.

She explained that all patients hospitalised concerned the Delta variant which remains in the community and leads to serious infection. No hospitalisations have so far occurred with a confirmed Omicron variant case.

“Despite the fact that the Omicron variant is in the community, however, there has been no dramatic increase in [hospital] admissions of such cases, compared to the detection of so many thousands of Covid-19-positive individuals,” Hadjiyianni said.

According to the hospital director, the Omicron variant spreads faster “however it appears from the data worldwide that the disease is mild in people who are fully vaccinated.”

She said that traffic at the vaccination centres has been increasing for the first, second as well as the third dose, including children aged 5 to 11.

On Tuesday, an additional six beds were made available for the ICU of the Larnaca general hospital for the treatment of Covid patients of the district and Famagusta.

Crossing points ‘are not borders’

‘Historic day’ as first deputy minister of culture sworn in