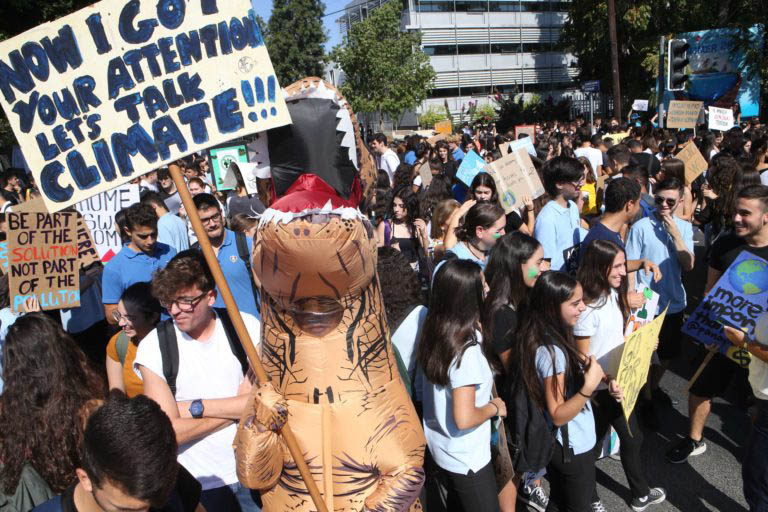 The climate change is one of the most important challenges of our time and the European Union is taking steps forward in order to be able to make Europe the first climate neutral continent in the world.  Cyprus is amongst the Member States of the European Union that is committed to succeeding in the attainment of this goal.  Even though the finish line of the European Green Deal is set to be 2050, the EU is already on a path to reach its climate targets in a fair, cost effective and competitive way.

In addition to the 2050 climate neutrality target, The European Climate Law introduces the following elements:

Shortly after the European Climate Law entered in force in April 2021, the Commission presented a package of proposals in July 2021 to reach its 2030 climate targets.

The Green Deal: Implementation in Cyprus

In Cyprus, the Council of Ministers (CoM) approved the new National Governance System for the European Green Deal and the implementation of National Energy and Climate Plan was introduced under the Regulation on the governance of the energy union climate action which will be enforced for the years 2021- 2030.

The introduction of this new system was a further development on the National System for Energy and Climate, which was previously approved by the CoM in November 2017.

In addition to Cyprus’ Energy and Climate targets, the NECP also sets out key policy priorities which will be put in place to allow the country to succeed in reaching its targets.

Some important objectives and key policies included under Cyprus’s NECP are as following:

Emissions in the non-Emission Trading Scheme (ETS) sector are aimed to be reduced by 20.9% and the emissions in the ETS sectors are aimed to be reduced by 24.9% compared to 2005 emission levels (non-ETS is understood as a part of the domestic greenhouse gas emissions that are not covered by the European Union Emission Trading Scheme (EU ETS)).
It also includes targets for reducing national emissions of specific air pollutants and reducing emissions from land use, land use change or forestry.
Under the NECP of Cyprus, greenhouse gas emissions are set to be reduced with key policies including promotion of natural gas and renewable energy sources, increase in carbon sink, improvements of energy efficiency in buildings, industry and infrastructure, and reduction of emissions in the transport, agricultural and waste sector.

Increasing the share of RES in energy consumption is one of the other goals of the NECP of Cyprus.  In relation to the share of RES this is targeted to reach 23% in gross final energy consumption, 26% in gross final electricity consumption, 39% in heating and cooling and 14% in the transport sector, respectively.
Cyprus is planning to reach this goal by introducing various RES support schemes for self-consumption, promoting RES in all energy sectors, introducing financial incentives for the purchase of electric vehicles, installing RES and energy efficiency technologies in public buildings, developing new possibly financial incentives and introducing new measures for RES in transport sector.

As a result of the European Green Deal, Europe will be able to adapt to the inevitable effects of climate change and protect its population against the impact of climate change and environmental risks.  Fostering new growth strategies, the European Green Deal will contribute to preserving and improving the natural resources and ecosystems of the EU while also safeguarding the health and wellbeing of the citizens.

There is no doubt that both governments and individuals will have to commit themselves in order to reach the  EGD goals which require many changes and strict observation of obligations.  However, once it succeeds, it will be a revolutionary global act which will help carry not only the EU but also the whole global population to a better and brighter future.

Why cliffhangers are so irresistible