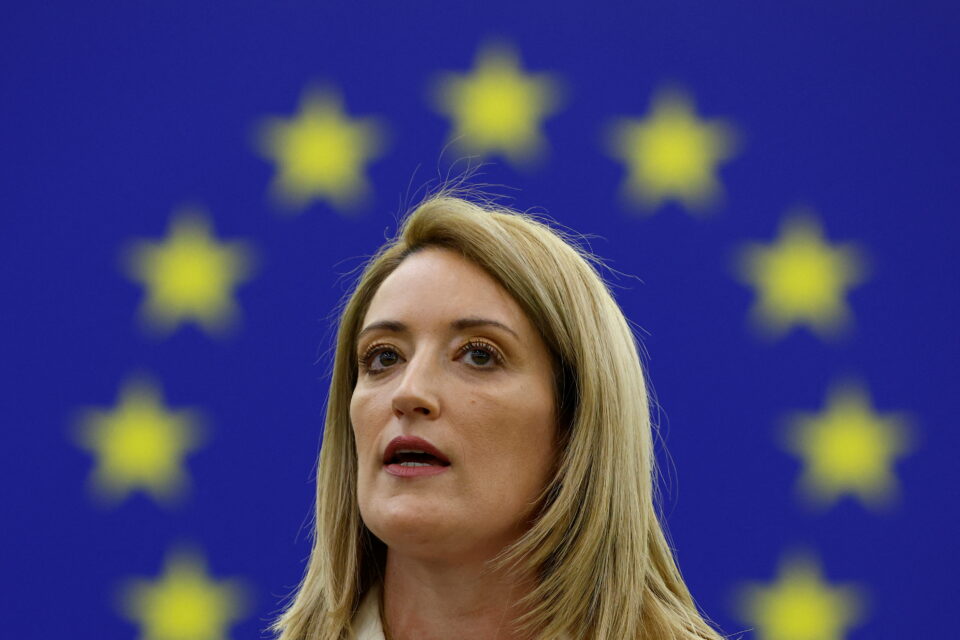 Newly-elected President of the European Parliament Roberta Metsola (Malta, European Peoples Party) has stressed the need for a settlement on the Cyprus problem and on the role that Europe can play.

“Europe has a legacy of war, but also of healing. We can put this experience to use in helping efforts to end the separation in the EU’s last divided country – Cyprus – under the auspices of the UN plan,” Metsola said in a speech Tuesday delivered right after her election.

“We can never be truly whole while Cyprus remains split,” she remarked.

Metsola also referred to Cyprus during the press conference following her election. Responding to a question regarding her position on Turkey’s aggressive stance towards Cyprus and Greece, she said: “On Cyprus, I wanted to specifically make a mention on that, it is still the last divided country in the EU. We saw last year just before the pandemic that Turkey started using vulnerable people at the external borders of our Union.

“And therefore that is something that the Parliament and the Commission and the Council spoke very strongly with own voice. And I am sure and I am convinced that this will continue to be the case.”

Replying to reporters’ questions, Anastasiades was asked about the upcoming vote at the UN Security Council for the renewal of Unficyp’s mandate.

“I’d like to hope that the resolution will reflect that which has been omitted from the UN Secretary-General’s report – first, the basis for a solution to the Cyprus issue and, second, the actions and initiatives that must be undertaken in order to create those conditions allowing us to return to a creative dialogue,” he said.

Following the submission of the UN Secretary-General’s reports on Cyprus, the Security Council is expected to adopt the resolution renewing the peacekeeping force’s mandate on January 27.

On Monday the Security Council held closed consultations on the matter of Unficyp in a meeting chaired by the Deputy Permanent Representative of Norway to the United Nations, Ambassador Odd-Inge Kvalheim.

“Well, basically we have heard from the Special Representative that the focus of the Mission is very much now on building trust and respect across with the communities on the island and have some of a bottom-up approach over time to create a better setting for building peace on the island,” he said.

“As you know, this has been more or less a difficult situation for many decades, so it always takes time to solve. So as of the moment, there are no breakthrough issues or measures that are on the table.”

The official declined comment when asked whether the US government’s withdrawal of support for the EastMed pipeline created a new dynamic for the Cyprus negotiations.