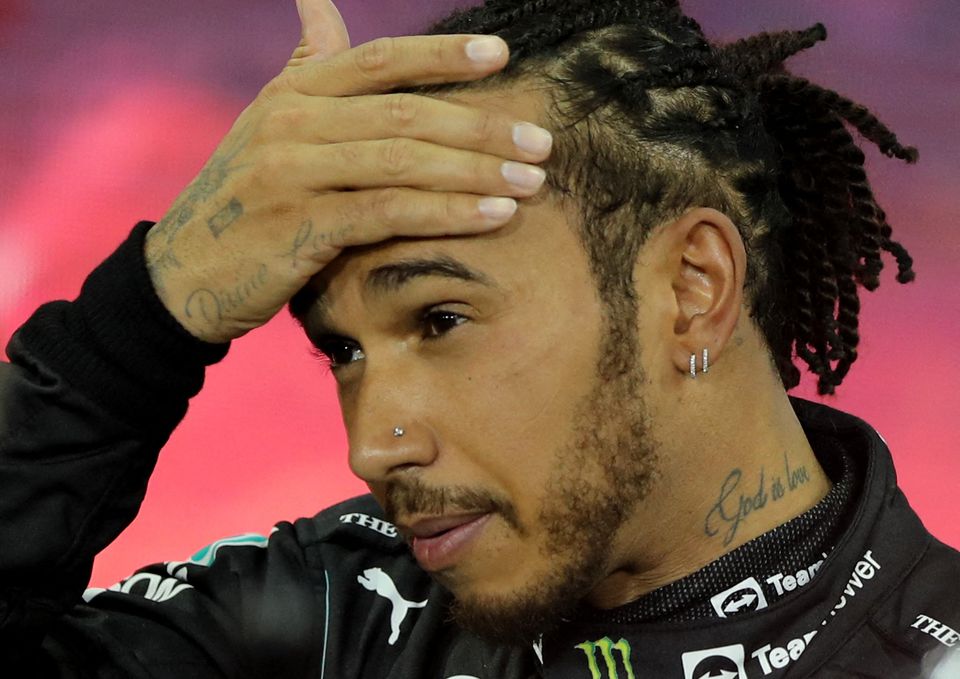 LONDON, Jan 7 (Reuters) – Lewis Hamilton turned 37 on Friday with Formula One wondering when the seven times world champion will break the silence surrounding him since the season ended in uproar last month.

The Mercedes driver was less than a lap away from a record eighth title in Abu Dhabi on Dec. 12 when he was passed by Red Bull rival Max Verstappen after race director Michael Masi changed the safety car procedure. read more

Hamilton spoke briefly before the podium, then sought out Dutchman Verstappen to congratulate him but has otherwise said nothing publicly.

“We are still in the pandemic and I just really wish to stay safe and have a good Christmas … and we will see about next year,” he said in Abu Dhabi.

Hamilton did not speak to the media after being knighted at Windsor Castle on Dec. 15 and failed to show for the governing FIA’s prize-giving in Paris a day later, risking punishment since turning up is mandatory for the top three in the championship. read more

Formula One’s most successful driver, with 103 career wins, has posted nothing on social media since before the race at Yas Marina.

He now follows nobody on Instagram, where he has 26.5 million followers, but it is not the first time he has started afresh.

At the end of 2017 Hamilton, or his media team, also wiped his Instagram and Twitter accounts after critics condemned comments he made over Christmas about his young nephew wearing a pink dress.

“I think he’s just having a bit of a social media break. I don’t blame him, social media can be a very toxic place but he’s cool though. He’s fine,” his brother Nicolas said on streaming platform Twitch late last month.

Mercedes team boss Toto Wolff described Hamilton on Dec. 16 as disillusioned but said he was in regular contact with the driver, who is signed to the end of 2023.

“I would very much hope Lewis continues racing because he is the greatest driver of all time,” added the Austrian. “As a racer his heart will say I need to continue because he’s at the peak of his game.

“But we have to overcome the pain that was caused upon him on Sunday. He is a man with clear values.” read more

Mercedes posted on Twitter a picture of Hamilton on Jan 2 with the caption “Adversity causes some to break; others to break records.”

The team clearly expect Hamilton to race on, with a new team mate in compatriot George Russell, but will want to see concrete steps from the FIA to address what happened in Abu Dhabi.

The future of Masi, an Australian and also silent since the end of the season, is key.

Mohammed Ben Sulayem, new president of the governing FIA, told reporters last week he was confident Hamilton would be back but had not spoken to him.

“I don’t think he’s 100% ready to respond right now. We don’t blame him,” the Emirati said at the Dakar Rally in Saudi Arabia.