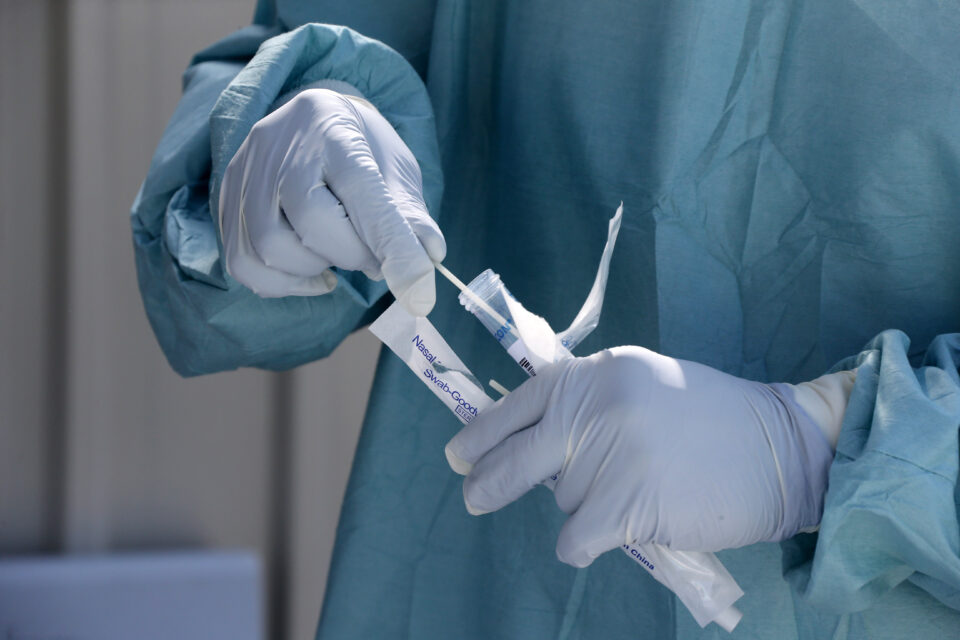 The government is thinking of expanding the ‘test to stay’ programme to other population groups as a step towards learning to live with the virus, Health Minister Michalis Hadjipantelas said on Thursday, despite pleas from secondary school teachers to ditch the plan.

Speaking to reporters after a House health committee meeting, the minister said he respected the teachers’ views, but also respected the decision of the government’s experts.

His comments came hours after secondary school teachers urged the cabinet to rescind a decision to introduce ‘test to stay’ at schools as from Monday and stick to the current health protocols that require all contacts of confirmed coronavirus cases to self-isolate.

In a statement, their union Oelmek said that they would be in touch with other teachers’ groups to decide on their next steps. It did not elaborate.

Hadjipantelas said that if the programme works in the schools, there are thoughts of expanding it to other population groups, beginning with medical professionals and security forces. It was highly likely that a decision will be taken by the government advisors on Wednesday, he added.

The minister said that the “endemicity of the virus” was still not on the table, but what was being discussed is how we learn to live with it.

Asked to comment about the drop in hospital admissions in the past few days, the minister said that based on today’s briefing from the state health services organisation Okypy, these are expected to fall further.

The medicines now available to treat coronavirus will help keep hospitalisations down he said, adding EU health ministers will on Friday hold a teleconference to discuss the Omicron variant.

“Unfortunately, cases numbers in the past days in other EU member states are very high. Luckily in Cyprus, once again we took measures in time and the situation appears to be very good,” he said.

Authorities say the test to stay programme is designed to ensure that children can attend school if they are not infected. Amid a surge in cases, thousands have been obliged to remain at home as contacts, disrupting their education for the second consecutive year.

As proposed by the government’s team of experts, contacts will be able to come to school and undergo a rapid test there. If they test negative, they can remain in class, with the tests carried out for five consecutive days.

Even though the programme is optional, with parents free to keep their children home for the 10-day self-isolation period, it has found little support among teachers who fear it will only lead to further infections. A special meeting with the government’s scientific experts earlier this week failed to assuage concerns.

In its statement, Oelmek argued that it was the compulsory self-isolation that allowed schools to remain open, despite the difficulties. Its long-standing position was for in-person teaching to continue, but without any discounts as regards health.

“Unfortunately, at a time when no school or class in secondary education is closed or at risk of closing, the Council of Ministers decided to adopt ‘test to stay’ which not only does not contribute to achieving the target of keeping schools open, but on the contrary creates risks, concern and unnecessary turmoil, while at the same time being full of contradictions,” it said.

The union said it had not received a convincing reply as to why pupils who are contacts of positive cases will be subject to a different protocol at school in the morning, reverting to the standard rules of self-isolation as soon as they leave the classroom.

This creates an impression of discrimination and experimentation and increases the risk of more infections at schools because the specific variant is particularly easily transmissible. There is therefore an increased danger of pupils and teachers falling sick at a time when there is a surge in cases. As a result, more teaching staff will be absent, further hampering the operation of the schools at a time where there are already gaps in teachers which have not been satisfactorily filled.