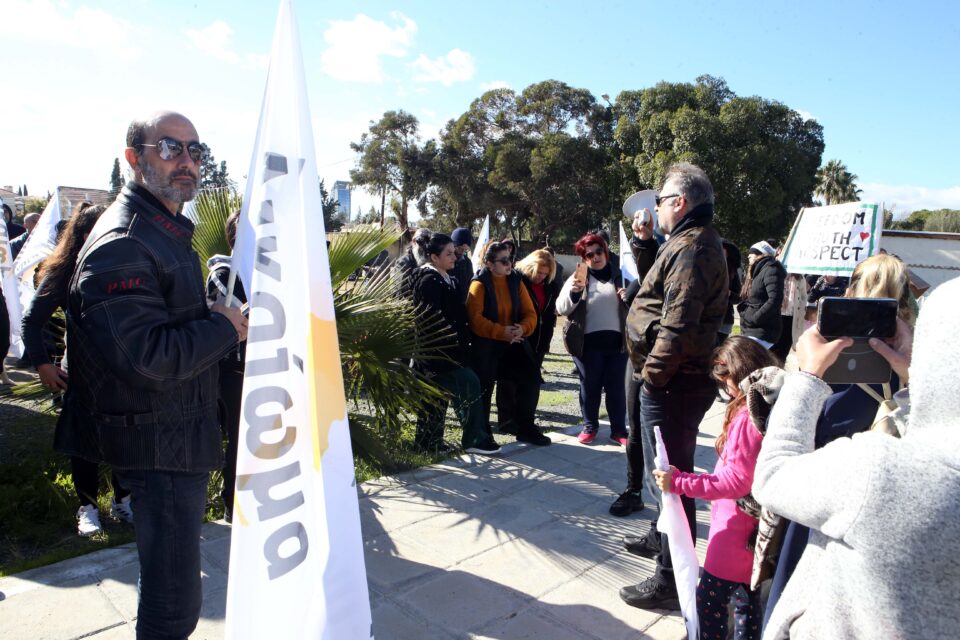 Anti-measures protesters outside the House on Thursday (Christos Theodorides)

Following pressure from opposition lawmakers, the government has agreed to amend certain provisions of the ‘Dangerous Infectious Diseases Law of 2021’, which will repeal and replace the current Quarantine Law under which the health minister has issued the coronavirus decrees.

Health Minister Michalis Hadjipantelas told MPs on Thursday that the government will make the changes and re-table the bill in two weeks’ time, at which time the legislation’s article-by-article discussion will resume.

The main objections to the bill relate to the extensive powers given to the health minister once the state declares a pandemic.

Speaking to the media after a session of the House health committee, Hadjipantelas said it was not the government’s intention to “put parliament on ice.”

Committee chair Savia Orfanidou (Disy) spoke of an urgent need to update the Quarantine Law – which is based on a 1932 law – but was sceptical of any proposals that would tie the government’s hands and not allow it to issue decrees designed to contain the spread of an infectious disease.

The state needs to be able to act swiftly and decisively in such situations, she stressed.

The government’s promise to rethink some of the clauses did little to allay the concerns of main opposition Akel; party MP Giorgos Loukaides called the government bill “a dangerous monstrosity.”

Loukaides said that the bill, as it stands, gives the executive branch of government the ability to restrict all human rights, without prior parliamentary assent.

He said also that a clause would give the state full discretion to shut down or postpone the functioning of parliament and the courts.

These clauses, apparently inserted by the attorney-general’s office, would create a situation “more draconian than during wartime,” the deputy said.

Thankfully, added Loukaides, the health minister is less dogmatic than the attorney-general’s office and is open to rethinking these specific clauses.

But at the same time, the health minister refused to enumerate to parliamentarians which human rights would be subject to limitation.

For their part, nationalist party Elam urged the government to withdraw the bill altogether.

Socialists Edek took a different line, saying any involvement by parliament in the issuance of pandemic-related decrees would breach the separation of powers, but also hamper and slow down an effective response to an infectious disease.

“Decisions to deal with emergencies, such as a pandemic, are judged in terms of their correctness by the result and not by the intention,” Edek said in a statement.

While the committee was in session, outside a group of demonstrators were protesting against the restrictive measures and coronavirus-related protocols.

The protesters called for the abolition of the measures ordered by the health minister, arguing that he never got permission from parliament.

One of the banners they help up read: “The right to choose.”