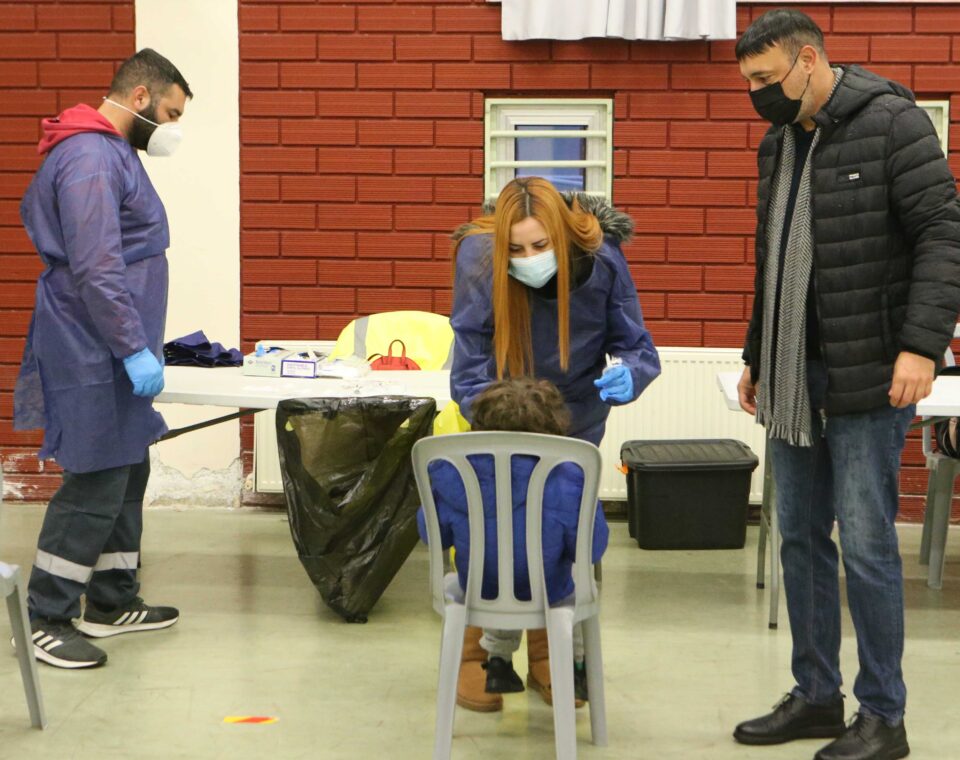 Test-to-stay tests being carried out in a school

Parents of primary school children on Wednesday castigated authorities for lack of consultation on key decisions regarding coronavirus health protocols and called for urgent talks to discuss a number of issues, including extending the academic year to make up for lost time.

In a four-page announcement signed by its president and secretary, the Pancyprian Federation of Primary School Parents’ Associations said that two years after the pandemic, authorities have still not concluded on a comprehensive plan of action, thereby endangering the health and education of children.

While acknowledging that decisions need to be taken quickly because of the pandemic, the federation spoke of a serious lack of communication as it listed the changing regime since November 29 regarding the testing requirements for primary school children – first once a week, then twice a week, then the introduction of the optional test-to-stay programme.

Despite its weakness, this was designed to allow contacts of confirmed cases to continue to go to class if they first test negative, with the ministry assuring parents that it would operate smoothly with the tests done at the school, the federation said.

Yet, on Monday, there was a change again as special test centres were set up, with the federation saying their concerns – including working parents unable to take extra time to go to two schools or parents who have children in both primary and secondary schools – not even discussed.

“We believe that the risk of Covid-19 spreading increases from the moment that children’s and teachers’ contacts are expanded. Going to other schools for tests automatically increases the risk of infection spreading at that school,” it added.

Tuesday’s first implementation of the programme was flawed, with parents not informed whether they could accompany their children into the testing area, how long the whole procedure would take and who would supervise, the federation said.

“We express our displeasure and disagreement with the way this measure was implemented which once again did not allow children to return to the normality of their school timetable and led to parents and teachers being inconvenienced,” the statement said.

Noting the serious absence of dialogue with parents just informed after decisions were taken, the federation asked for talks to discuss extending the school year to cover lost time because of the pandemic.

Other issues on the agenda should be upgrading remote learning with hybrid teaching to support pupils who are at home, action to ensure quality of in-person teaching by resolving the problem with substitute teachers and modernising remote teaching.

Yet despite the complaints about the test-to-stay programme and a slow start on Tuesday with under 400 children turning up, Wednesday saw more interest.

According to the health ministry, a total of 1,223 pupils who are contacts of positive cases took the rapid test so that they could go to class. Of these 18 tested positive.