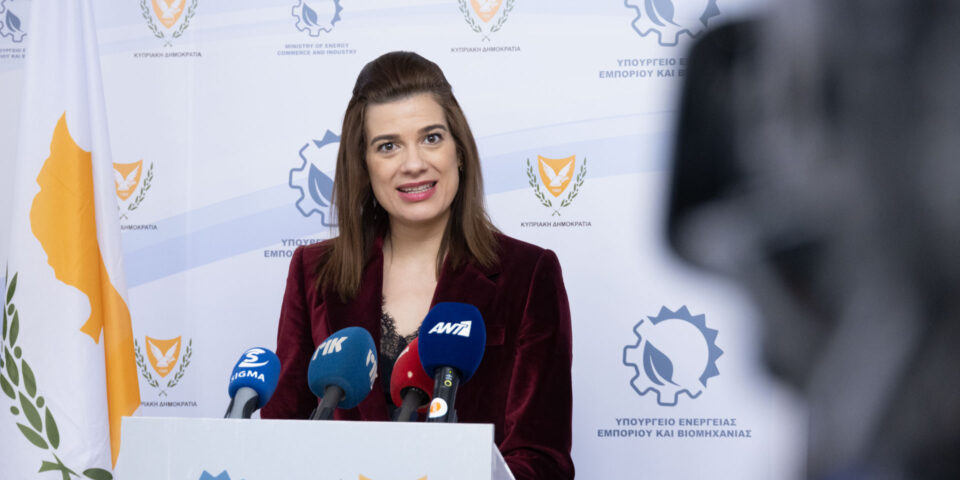 The EuroAsia Interconnector is the most expensive project Cyprus has ever been involved in, Energy Minister Natasa Pilides said on Thursday after news that the EU has approved €657 million in funds.

The ambitious project seeks to end Cyprus’ energy isolation by linking its national electricity grid with those of Israel and Greece through a 1208km submarine HVDC cable.

The EuroAsia Interconnector is a European Project of Common Interest, and the funds were approved under the Connecting Europe Facility.

Pilides, who was speaking at a press conference about the project, told reporters that the ministry was delighted that the EU had approved the funding.

It was the result of hard work and cooperation between the project developer, ministries and services involved, she said, “and the most important step towards implementing the project”.

“Securing this funding has made it possible to begin construction for the Cyprus-Crete portion of the interconnector, which is estimated to cost over €1.5 billion,” she said.

Pilides emphasised that this is the largest grant ever secured by the Republic of Cyprus, adding that it takes up most of Connecting Europe Facility’s budget for the specific round of applications for electrical interconnection projects, which for 2021 amounted to a total of €785 million.

The minister said that this approval will give way to a short negotiation period between the project developer and the EU, which is expected to lead to the signing of a contract in summer 2022.

She also reminded that the project follows a Memorandum of Understanding signed by Cyprus, Greece and Israel in March 2021.

“In addition to its obvious geopolitical importance, the implementation of the EuroAsia Interconnector will end our energy isolation, ensure the energy security of our country and contribute to the development of competition in the electricity market.”

The project is also the cornerstone of the government’s efforts towards a green economy, “fully in line with our environmental protection policies,” she said.

Pilides added that upon completion, it will facilitate the attraction of relevant investments and, consequently, the integration of additional renewable energy source (RES) projects in the energy mix of the three countries involved.

“Our studies, carried out in the context of our national energy and climate plan, show that the interconnection, combined with energy conservation systems, could by 2030 lead to RES penetration in the energy market of Cyprus that could exceed 50 per cent.”

Meanwhile, President Nicos Anastasiades called the grant approval a “landmark decision” for Cyprus and for the strategic energy goals of the three countries.

A written statement from the president’s office said that the EuroAsia Interconnector was among the projects included in the government’s Recovery and Sustainability Plan, making it eligible for an additional grant of €100 million.