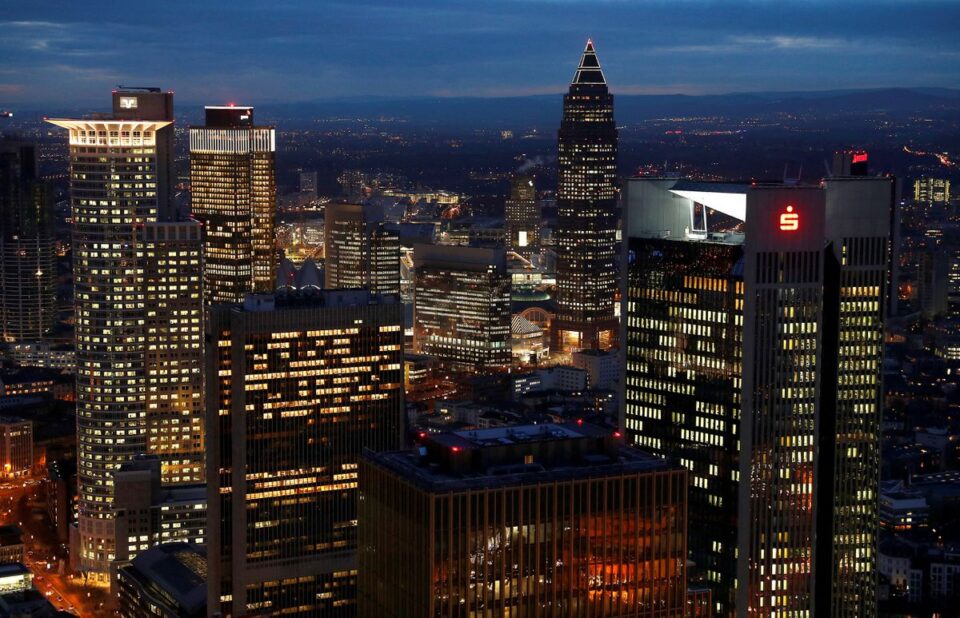 Replenished firepower and higher interest rates will give Europe’s banks an ideal opportunity this year to reverse recent underperformance and claw back market share from rivals in the United States, industry experts say.

As the continent’s biggest lenders prepare to report full-year earnings for 2021, kicking off with Deutsche Bank(DBKGn.DE) on Thursday, European banks must seize the opportunity that now presents itself, analysts consultants and investors say.

“The need is becoming much more urgent for European banks to show what they truly stand for and how they’re going to differentiate themselves to create an advantage for the long term,” said Eriola Shehu Beetz, managing director and partner at Boston Consulting Group.

In investment banking, US banks have beaten European rivals on their own turf by almost any metric in recent years, and the gap has been widening.

JPMorgan (JPM.N), Goldman Sachs (GS.N), Morgan Stanley (MS.N), Citigroup (C.N) and Bank of America (BAC.N) between them claimed 31 per cent of merger fees in the Europe, Middle East and Africa region in 2021, according to Refinitiv data, up from 26 per cent in 2019, while their six largest European rivals took just 12 per cent.

“What the US banks have done really well – and scale helps quite a bit – is that they’ve consistently invested in technology in their capital markets businesses. That makes them much more resilient,” Shehu Beetz said.

That is reflected in valuations.

None of the ten largest European banks by assets has a price to book ratio above one, according to Refinitiv data, while only Citigroup among their US equivalents dips below 1, showing the gulf in how investors value lenders from the two continents.

European banks that lend heavily to home buyers such as Dutch ING, are hopeful that the rock bottom interest rates used to lift the region out of the financial crisis more than a decade ago could finally be coming to an end.

In Britain, central bank interest rates are rising after years near zero, helping banks such as Lloyds Banking Group and NatWest make more from lending, with the European Central Bank expected to follow suit in 2023 if not sooner.

A combination of fewer than expected soured loans in the pandemic and, until recently, curbs on shareholder payouts and banker bonuses from central banks, mean lenders have generally built up healthy capital buffers.

“The (loan) moratoria are almost gone and banks still have quite a lot of (bad loan) provisions that they can take back,” said Jerome Legras of Axiom Alternative Investments.

Investors hope higher capital levels will translate into bumper dividends and share buybacks. But banks could also take advantage of their replenished firepower to invest for the long term, in areas such as digital services and wealth management.

“The banking system has proven to be able to cope … Enough is enough now, and the focus has to be on what you do with that excess capital,” said Oliver Judd, senior credit research analyst at investor Aviva.

One constraint on these ambitions is likely to be spiralling wage demands, a trend seen across US banks in recent weeks.

Swiss bank Credit Suisse (CSGN.S) on Tuesday set a dour tone for European earnings, warning of a fourth-quarter loss, but analysts said the scandal-hit bank’s troubles should not impact the rest of the sector.

On Thursday, Germany’s Deutsche Bank (DBKGn.DE) nearly tripled its fourth-quarter profit, defying expectations for a loss, as revenues at the investment bank rose. It marked the bank’s longest streak in the black since 2012.