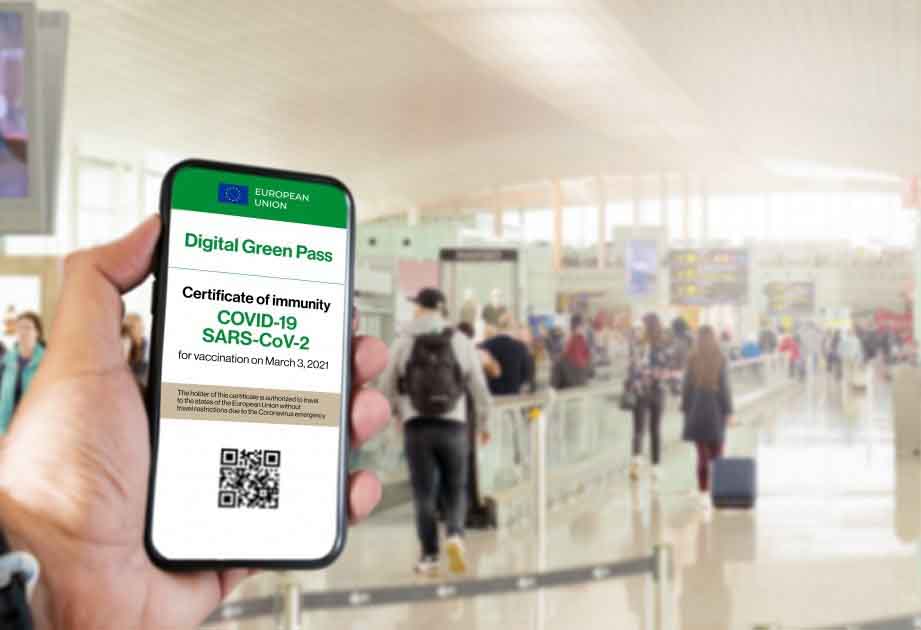 The Covid-19 crisis has certainly altered the global geopolitical, socio-economic and conflict landscape, with provisional data suggesting the pandemic has had a profound impact on trends in international terrorism. However, coronavirus inflicts its own kind of terror, engendering fear of the stranger, instilling a nearly universal agoraphobia and mistrust, and affecting aggression at the interpersonal level.

As airlines continue to promote deals and encourage travel despite the surge in coronavirus cases and new, Greek-alphabet-inspired variants taking flight, I decided to book my low-cost flight to London eager to explore the twinkling trail of Christmas lights illuminating the city’s most famous streets and landmarks.

Paying attention to my more stylish, comfortable and trendy medical protective face mask, I fumigated my way through Cyprus customs, scanning passport and safe pass en route, submitting pre-departure test results, strip-searched as if I am suspected of carrying a bomb, providing additional proof to an ignorant airport RoboCop wannabe that I am a healthy, hard-working individual, despite new studies that suggest people with obesity are at higher risk of contracting the virus.

As I board the budget airline, I am inclined to ask for a ‘you-can’t-fool-yourself-anymore’ seatbelt extender. Under the watchful eye of a somewhat critical, limp-wristed steward, I cram my hips into a jagged metal box that is an inch or two narrower I am. My excessive sweating sparks concern from a nearby Karen, communicating her thoughts to a flight attendant.

Bolted within my seat, I skim through the in-flight magazine, attach my wireless earbuds, ignoring the safety briefing carried out by the cabin crew before take-off, simultaneously blocking out the sounds of crying infants, muffled coughs, and the sudden involuntary expulsion of air from the nose and mouth of a passenger two rows behind me. On a side note, the extravagance of the 20th century flight experience was doomed not to last; the resulting air travel boom has driven airfares way down, urging airlines to compete on price rather than the promised opulence of the experience.

Mid-air, the airline’s food reputation was brought into question. The cost of a meal at 30,000 feet is downright criminal. I pre-purchased an overrated lountza and halloumi sandwich from the airport café, and a travel-ready can of Pringles seasoned with tangy sour cream and onion, so that I would not be at the mercy of a tasteless, high-priced in-flight meal cart.

As climate change took effect in the stratosphere, my flight to Stansted was battered by out-of-the-blue turbulence, throwing the foppish steward in my direction. Bound by duty, the shaken and stirred, slightly embarrassed flight attendant regained his composure and continued with his drink-cart responsibilities. Hurtling through the sky, an encounter with another degree of rough air prompted plate-rattling in the gallery, resulting in the steward taking centre stage once again, this time spilling a cup of hot coffee on Karen’s lap.

My self-provided on-board entertainment included the swiped-from-the-internet musical drama Les Misérables. Charged with history and an inspirational story of young folks in a post-revolution France struggling with its new democratic achievements, I immersed myself in the film, impressed by Hugh Jackman’s beautiful and convincing portrayal as the long-suffering Jean Valjean, whose death at the end was one of the most emotionally satisfying depictions of heaven and the communion of saints on screen. My sniffles and runny nose fired up the panic-stricken crowd, as Karen demanded to be moved to another location, preferably to the back of the plane.

Five hours later, I pulled myself onto the jet bridge, tired and queasy, with a foggy head and slight headache. I felt gross, and not just because I needed a shower. Having to wait over an hour in a bottleneck queue because of stricter Covid rules and people opting to take a PCR test straight after landing.

As luck would have it, the disgruntled, coffee-stained Karen was standing behind me, ignoring the anti-scuff floor label reminding her of the minimum distance required to prevent the spread of the virus. A curse word, used in exasperation, attracted unwanted attention, and prompted airport security to pull Karen aside for her disruptive behaviour.

I finally made it through UK border control and managed to catch a passing glimpse of London’s sparkling lights and festive decorations as I headed towards my Airbnb for self-isolation. On the second day, I emerged from my rental like a mole from the burrows, capturing the sights and sounds of my favourite city while wearing my mandatory surgical face mask.

Covid-19 has certainly transformed the world of travel, sparking serious reactions bordering on overreaction and even paranoia in some people. Yet our demand and desire for travel is very strong. After two years, I had missed the freedom of flying and wanted it restored. I had missed out on family moments, personal development opportunities and business priorities. The reality is that Covid-19 is not going to disappear, so we must establish a way to manage its risks while living and travelling normally.