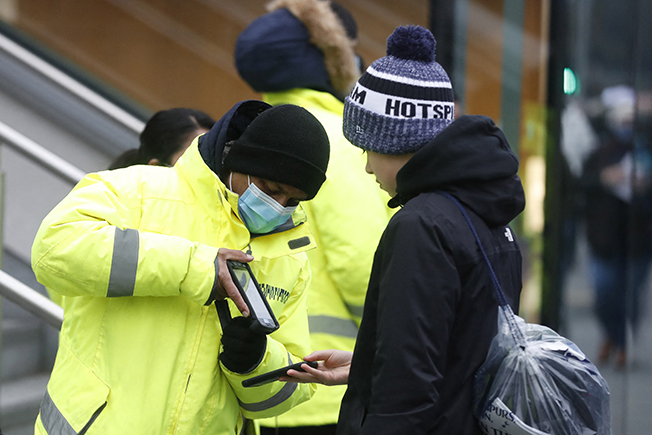 The relaxation of the Covid measures we expected this week did not materialise, the higher number of cases, compared to the previous week, and relatively high positivity rate making the government opt for caution. This has been its philosophy throughout the pandemic, aware it was unlikely to be criticised for being excessively cautious. It was helped by the fact this was the trend worldwide and by a population that in its majority fully supported the restrictions, rarely complaining.

Now, with many European countries lifting Covid restrictions the Cyprus government has decided to keep the restrictions in place for a while longer. To be fair, restrictions here, apart from the exclusion of the unvaccinated from most places of social meetings and gatherings, have been less severe than in many European countries. For example, the lifting of restrictions in Finland means restaurants will re-open, but bars will close at 6pm, while in The Netherlands venues will open, after being closed for more than a month, but would have to close at 10pm. Denmark will only now end early closures for bars and restaurants.

In Cyprus, the vaccinated could go anywhere they chose, as long as they showed the relevant documentation plus ID, and no restrictions were placed on the opening times of venues. The measures were blatantly discriminatory against the unvaccinated, but not as bad as in Austria where they were confined to their homes. So even if the government, on the advice of the scientific team, has kept restrictions in place, we should bear in mind that, relatively speaking, we were under a more liberal Covid regime than many EU countries.

There were plenty of irrational measures, such as the dancing ban, no standing in clubs, exemption of all churches from measures and outdoor mask-wearing among others. On Wednesday, the government came up with another ludicrous measure – unvaccinated minors, aged between 12 and 17 would be allowed to enter restaurants, cafes, cinemas, football grounds on presentation of a negative test result, on condition that they were accompanied by a fully vaccinated parent of guardian. How many teenagers go the cinema or a café with their parents? Was this also designed to persuade parents to get the jab or was it a pseudo-relaxation?

This supposed relaxation of a restriction that comes with conditions that make it impracticable, is indicative of the government’s reluctance to give up the alarmist discourse and project fear. It does not help that the members of the scientific team are in the media every day maintaining the fear factor, while acknowledging at the same time that the Omicron variant and its sub-variant were less dangerous despite its high infection rate. This is reflected in number of hospitalisations which have stabilised at manageable levels despite the high number of infections.

Professor Petros Karayiannis, for example, calculatingly tried to keep the fear factor high, in an interview he gave to the Sunday Mail, claiming that there was still uncertainty about how Omicron would pan out. He said it was a risky move and that their health systems may be impacted.

He also said this week that the scientists would not start looking at the possibility of a fourth dose of the vaccine before the summer, because the variants in Cyprus “are not particularly dangerous.” He also conceded that Covid-19 was on the way to being classed as endemic rather than a pandemic and would become something seasonal.

The excessive caution advocated by the scientists, might seem sensible superficially, but it is not. Not after two years of the pandemic, during which most people have, literally, been living in fear, a fear propagated and sustained by the government and its scientific advisors, a fear that has caused chronic stress and psychological issues to countless people. And they want to keep this fear alive. Dr Maria Koliou another member of the scientific team told a radio show that mask-wearing should remain mandatory, because people would get out of the habit of wearing one when it was needed again. Keeping people in a state of fright is official policy.

The scientists know only one tune, but now it is the government’s turn to take charge. It should call a halt to project fear. The only way to do this is by relaxing the measures and stop the alarmist discourse. European countries have taken the ‘brave’ measures Karayiannis spoke disapprovingly of, because they recognised the public mood must change and people should be encouraged to stop living in Covid-fear. Many of these countries still have high infection rates, but they also have high vaccination percentages and hospitalisations are manageable so they have resolved to put the pandemic behind them and look ahead.

Relaxation of measures is the only way to convince people that we are on the way out of the pandemic and end the fear that has blighted so many lives. We need to move on and return to pre-2020 normality for the sake of people’s mental well-being which is why it is imperative for the government to lift most restrictions. It would also help for scientists to cut down on their media appearances and stop focusing on the worst-case scenario.