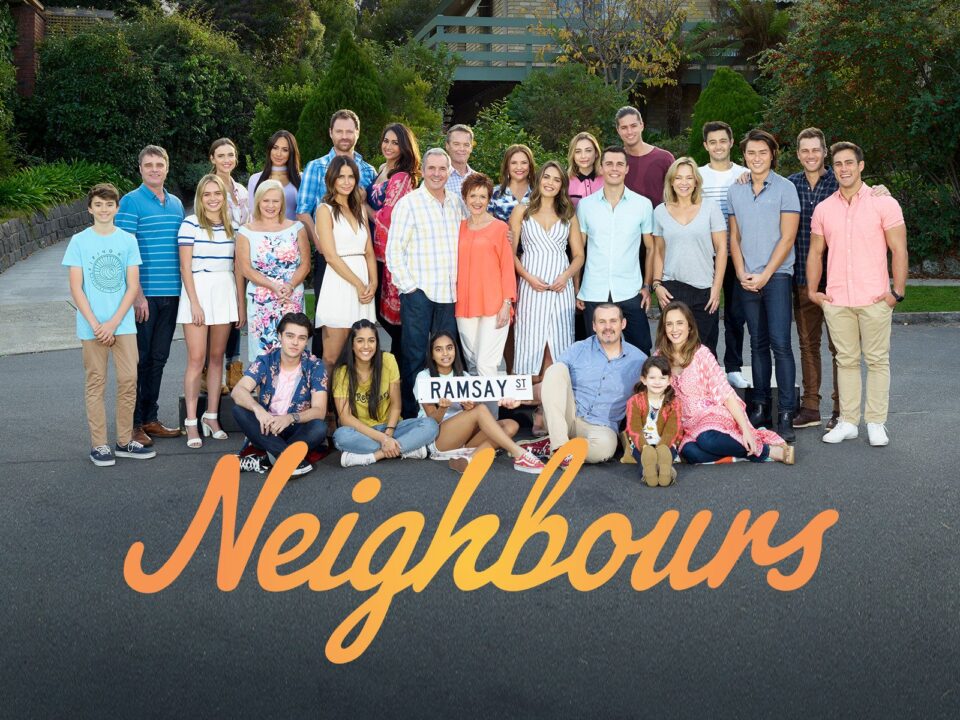 Channel 5’s decision to axe Australian soap opera Neighbours has led to widespread dismay among British people in their thirties and upwards. After 36 years on British screens, the network said it will instead invest more in “original UK drama”.

Although its 1990 heyday of 20 million viewers on BBC One are long behind it, the show still does comparatively good numbers. Its 20% market share makes it the most successful show on Channel 5. Presumably, the soap must be too expensive. But given it has relied on a very visible mannequin in a wig to function as a body double during a car crash, where any big budgets are going is difficult to ascertain.

Business case apart, a lot of the anguish is due to the loss of a communal experience. In the 1990s, Neighbours was a perennial part of young people’s lives, no doubt a product of its repetitive, five-day-a-week transmission. With 83% of 12-15-year-olds claiming to watch the show at its height, there is a generation of British people for whom the surname Kennedy will conjure up Karl and Susan before it does John F. or Bobby.

That said, despite its uncontroversial, amiable vision of the world, the show was not unrelated to the rough and tumble of party politics. Neighbours was at the peak of its popularity as the UK was beginning to transition away from Margaret Thatcher’s long tenure in Downing Street towards the New Labour period after 1997.

As I’ve argued, the politics of Erinsborough is small “c” conservative and certainly capitalist. But, unlike Thatcher, Neighbours demonstrated there was such a thing as society. All told, it was (and to some degree still is) very Blairite.

Indeed, the type of people who were so drawn to Neighbours – women and those who lived in suburbs – were precisely the type of voters who would go on to fervently back Tony Blair in 1997. The reasons people tuned in to Erinsborough in the late 1980s and early 1990s were largely similar to those they gave for backing New Labour: they wanted an escape from the realities of Thatcher’s Britain. They initially sought it on screen in the form of Australian sunshine and then, when Labour found a charismatic, moderate leader, at the ballot box. Some of Neighbours’ appeal was largely imagined – Australian cul-de-sac living can’t always be so pleasant – but it was certainly enduring.

Like opposition era Blair, the show was (and is) safe, reassuring television. This undramatic tendency would destroy its fortunes in the thrill-seeking US market, but its reliable niceness was a significant draw for the British public. Indeed, while the socially conservative activist Mary Whitehouse took issue with Eastenders’ “violence”, “bad language” and “demoralising situations”, viewers have consistently told audience researchers that they trust Neighbours with their children’s unsupervised attention.

For its star Geoff Paine (now back in the show as Dr Clive Gibbons), “the test was could adults and kids watch the show without either getting embarrassed, or the kids asking ‘what does that mean’”? Nearly all of the time, it passed this test. Viewers praised the soap’s lack of “extreme” content, and would make similar comments about New Labour.

The interesting thing was that politicians didn’t get this at the time. Few watched the show (a product, perhaps, of its daytime transmission), but they would have been well advised to do so to get a more rounded understanding of its appeal.

In May 1991, schools minister Michael Fallon called for Neighbours to be removed from British screens altogether. For Fallon, it was harmful to Britain’s young and served to “dull their senses, making teachers’ jobs even harder”. Labour’s Jack Straw mostly agreed, calling Neighbours “a pretty trashy programme”. Some of this was proto-culture wars nonsense. At the time, only 7% of Neighbours’ viewers found it “unsuitable for children”. How could they? Dr Clive Gibbons wasn’t even allowed to say the word “pregnant” lest it raise any awkward discussions.

Equally, the fact that Jason Donovan and Kylie Minogue were glamorous heartthrobs no doubt helped its ratings, but many Erinsborough watchers were more likely to cite its “harmless, sexless stories about everyday people” than anything raunchy. Indeed, in so far as remarks were made, Minogue’s role as a car mechanic was seen as groundbreaking – and the female mechanic has formed something of a trope in later years. Neighbours told a narrative that was often empowering, did not appear tokenistic, and certainly proved popular among women. In 1990, almost two-thirds of female viewers saw it as a programme “for people like me”.

Altogether, the show was and is well written. Although occasional comparisons at its height with Shakespeare were a bit much, it does comedy and tragedy very well. As anyone watching the 2019 death of Toadie’s wife Sonya will attest to, it delivers occasionally deeply poignant stuff. And so, while it may be curtains on Channel 5, there should still be a place for it on British television. If nothing else, because flight attendant-turned-Trumpian-business mogul Paul Robinson has gotten out of worse scrapes than this.