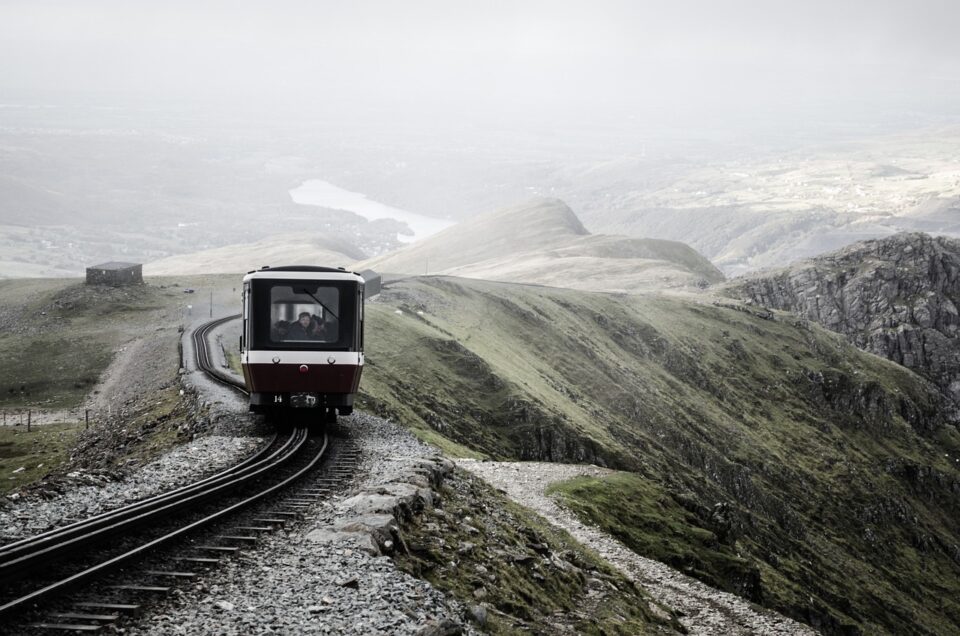 Exploring the UK is an exciting, educating, and at the same time, relaxing experience. However, if you want to do this in the best way possible, choosing trains might be your best option! This way, you can travel comfortably, see many beautiful locations, and get around more. That is why we suggest checking our list of the 5 best scenic railway journeys in the UK!

A number one must-see for every Harry Potter fan, West Highland Line is a wonderful scenic road departing a short distance away from Ben Nevis. You will see dramatic landscapes of mountainous hillsides, impressive greenery, and shiny lakes through your window. The steam locomotive stops at Britain’s westernmost mainland railway station and then arrives at the deepest seawater loch in Europe – Loch Nevis, after passing the shortest river in the UK.

For all Potterheads, the high point of the trip for you will probably be the Glenfinnan viaduct, featuring in the iconic Harry Potter series!

Check out Britain Rails to find the best locations!

Another marvelous and breathtaking railway route, starting at Settle and ending in Carlisle, England. The train ride is 1 hour 45 minutes, and over a third of it is scattered across Yorkshire Dales National Park, so the magnificent sights are never-ending. Aside from viaducts, tunnels, and wild scenery, you will also see the backdrop of the Pen-y-Ghent Mountain, one of the Three Yorkshire Peaks.

The whole experience on this train is very fairytale-like since you will also cross some places with majestic waterfalls and hills, with water flowing from the top.

Even though the railway has endured dramatic changes since then, it was first built in the 19th century with specific skills and abilities to make it your best holiday experience!

Having the two of likely most popular station names tied at both ends of this particular journey, the Flying Scotsman takes off at King’s Cross station in London and arrives at Edinburgh Waverley as the last stop. Choosing this train might be the perfect start to your Scotland trip since you will reach the heart of the country by the end of it.

In your 4 hours and 20 minutes journey, you will pass some impressive and notable landmarks, such as the contemporary sculpture of The Angel of the North near Newcastle and the stunning Northumberland coastline.

The Flying Scotsman is one of the most iconic and oldest operating railway systems, starting the service in 1862, so you will be experiencing history on itself!

Out of all the interesting and exciting railways, Snowdon Mountain Railway is one of the most amazing ones in the world. It will take you to the summits of the mountains, and as the locomotive brings you higher, you get to see Ireland, England, Scotland, and the Isle of Man from the top. All of it is visible, whether you take the oldest wagons, such as The Snowdon Lily, or the new carriages if they appeal to you more!

For all the fantasy lovers, we suggest stopping by the Summit Visitor Centre to learn more about the legends surrounding Snowdon, regarding it being the burial site of the giant ogre Rhita!

From London Euston to the deep highlands of Fort William, Scotland, the Deerstalker Railway will be one of the most unique traveling experiences for you! It has even been proclaimed as one of the top six best train tours in the world.

The journey takes 13 hours, but the sights you witness along the way are worth it. You get to see glistening freshwater lakes such as Loch Lomond and Lock Treig. In addition, the Deerstalker crosses the beautiful Glenfinnan viaduct just as with the West Highland Line, which will also add to an experience!

Do not forget that London is very easily reachable from all over the UK; for example, check out the Liverpool to London train!

Choosing any of these railway routes will result in a fulfilling holiday, so do not hesitate to consider all of them! Just make sure to purchase tickets beforehand, since these routes are popular among the tourists. Now, all aboard and have fun!

How could NFTs help reduce fraud in the trading world?

Why is digital currency necessary for developing the international economy?