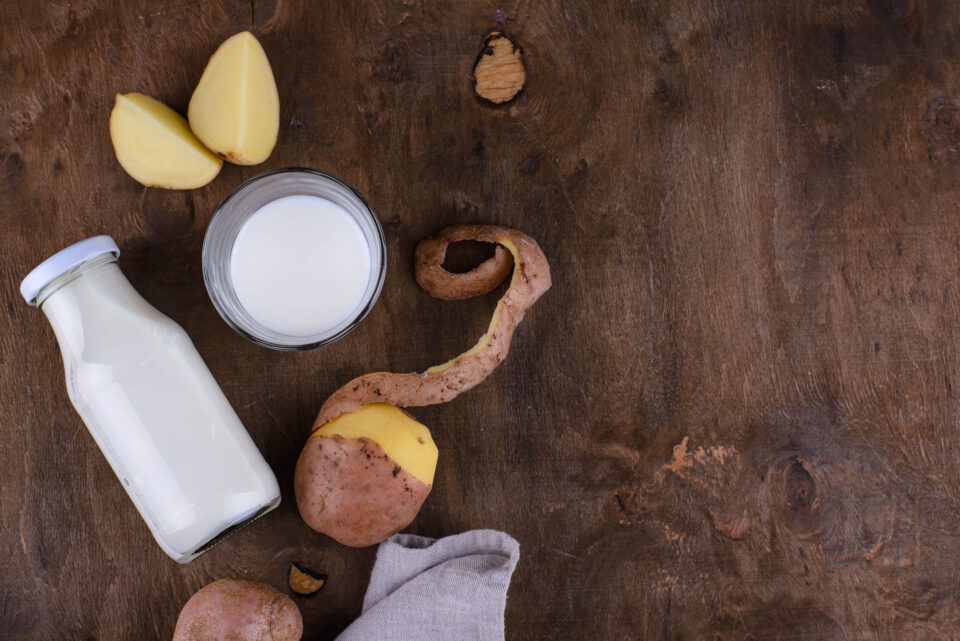 Long gone are the days when vegans or anyone with a dairy allergy would struggle to find suitable milk alternatives for their morning brew.

Now, there’s a whole range of options out there – from the well-established likes of almond, oat and soy milk, to the more left field variations, including cashew, hemp and macadamia.

As non-dairy alternatives become increasingly mainstream, we’re also learning that not all plant-based milks are created equal – which probably explains the rise of a new player in the game: potato milk.

Sure, it might not sound quite as glamorous or exotic as macadamia nut milk but it’s set to be the next big thing – with UK supermarket chain Waitrose including potato milk in its annual Food & Drink Report as one of the top trends of 2022, saying: “Low in sugar and saturated fat, it’s set to dominate coffee shop menus in the coming months.”

So what actually is potato milk? It’s “the diluted starches from potato”, explains Sophie Medlin, dietitian and founder of City Dietitians. “It looks like milk because of the starchy nature of the potatoes, but it is actually just starchy water with some stabilisers.”

On its own, Medlin says “there are no benefits to drinking potato milk” – what you need to find is a product that’s been “fortified with calcium, vitamin D, B vitamins and iron”.

So how does it compare to other milks? While Medlin calls cow’s milk a “power player” in the nutrition stakes, Bajekal suggests it’s “unnecessary within a healthy balanced diet” – but potatoes might not come out on top in the plant-based world.

When Medlin is talking to clients about plant milks, she says: “I generally favour fortified soya milk for its amino acid profile or a nut-based milk, as they contain more protein compared to milks made from starches like rice, oats and potatoes.”

Bajekal is a big fan of soya alternatives, saying: “Unlike potato milk, soya milk is also far higher in protein.”

Swedish brand DUG is bringing potato milk to the masses, and it says there are a whole lot of environmental benefits to the drink.

DUG suggests its potato milk has a 75 per cent lower climate footprint than dairy milk – and it’s not just coming for cow’s milk, but other dairy-free alternatives as well. It says growing potatoes is “twice as efficient as growing oats in terms of land use”, while also using 56 times less water to grow compared to almonds.

How you can drink it

Alternatively, you can make your own – although this won’t be fortified, so is unlikely to have many health benefits. It’s also more laborious than popping to the shops, but ultimately pretty easy – all you have to do is boil potatoes until soft, blend with water until you have the right consistency – at this point you can add flavourings or a sweetener as desired – then strain through a muslin cloth.