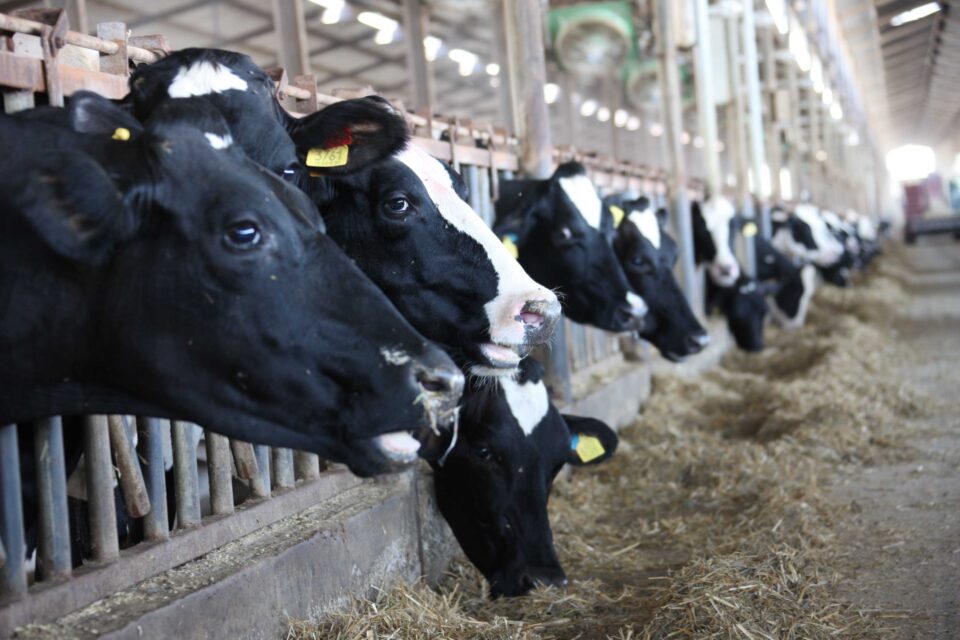 Grain importers and livestock breeders have sounded the alarm over a surge in prices following Russia’s invasion of Ukraine as Akel called on the government to import grains directly and introduce a price ceiling.

Cyprus is understood to have enough stocks for livestock for six weeks and human consumption for four months.

Citing informed sources, the Cyprus News Agency said that the agriculture ministry in anticipation of an EU response to the crisis, was working on various scenarios and would announce its decision next week.

One possible way forward is for the government to buy and sell the grain, or alternatively to bring the grain and stock it, for importers to manage.

Livestock farmers are concerned about stocks and prices.

Yiorgos Andreou, managing director of Andreou Pig Farms, said that orders were placed for maize from Romania and Bulgaria on Thursday, but prices are €80 a ton more expensive than a week ago. Should these two countries not be able to supply Cyprus, the alternative was the more expensive markets of France and the US, at a time of rocketing prices.

“If the war does not end so that the stocks Russia and Ukraine can enter the market, we won’t be talking about the price of grains, we just won’t be able to be obtain them,” he said.

And should prices rise too high, livestock farmers won’t be able to feed their animals, he added.

Nicos Papakyriakou, director of the association of cattle breeders, said grain prices were currently 80 per cent higher than October 2020 and were expected to rise further.

The government should subsidise animal feed and claim these subsidies from the EU. Because Cyprus is an island state and at a distance from Europe, and due to the Turkish occupation, it has the preconditions to achieve this, he noted.

Moreover, the silos of the grain commission should have been full as in 2021 the House had approved the operation of the committee to safeguard strategic reserves of animal feed.

Costas Constantinou of grain importer Miloubar Cyprus Ltd said ships had anchored outside the Romanian port of Constanta for nine days, waiting for their turn to load. Three days ago, two ships were due from Moldova, but the country announced it was banning exports.

He added that the purchasing power of livestock breeders, especially pig farmers, was significantly eroded because of higher costs, lower tourist arrivals over the past two years and the pandemic more generally.

Since the start of the war, grain prices have surged by 40 to 50 per cent, something which had not occurred before. The problem will become even more acute over the next few months as Ukraine produces 20 per cent of grains and fertilisers for the region, and should its farmers not sow, neighbouring countries will raise their costs. Russia, which is also a large producer, will sell its grains to China, he added.

The state should intervene, importing a ship with grains to cover needs as importers cannot finance such operations given that they are owed some €4m from livestock farmers.

“You appreciate that we cannot as grain importers finance all the losses of livestock farming,” he said.

He also expressed complete disagreement with thoughts by the ministry to require them to hold back 4 per cent of their last year’s imports as reserves as this would prevent them from distributing what grains they do have.

From the moment there is a war with countries confiscating grains intended for export to meet their own needs, countries that do not have their own production are scrambling to secure supplies, leading to contracts and markets being scrapped.

Meanwhile, in a statement on Friday Akel spoke of a dramatic situation regarding grain and called on the government to move quickly to import stocks and store them at the silos at Limassol port, implement the law on strategic reserves, impose a price ceiling and offer financial support to livestock farmers.

The issue will be discussed in the House agriculture committee on Tuesday, the party added.

Aid for Ukraine being shipped on Tuesday