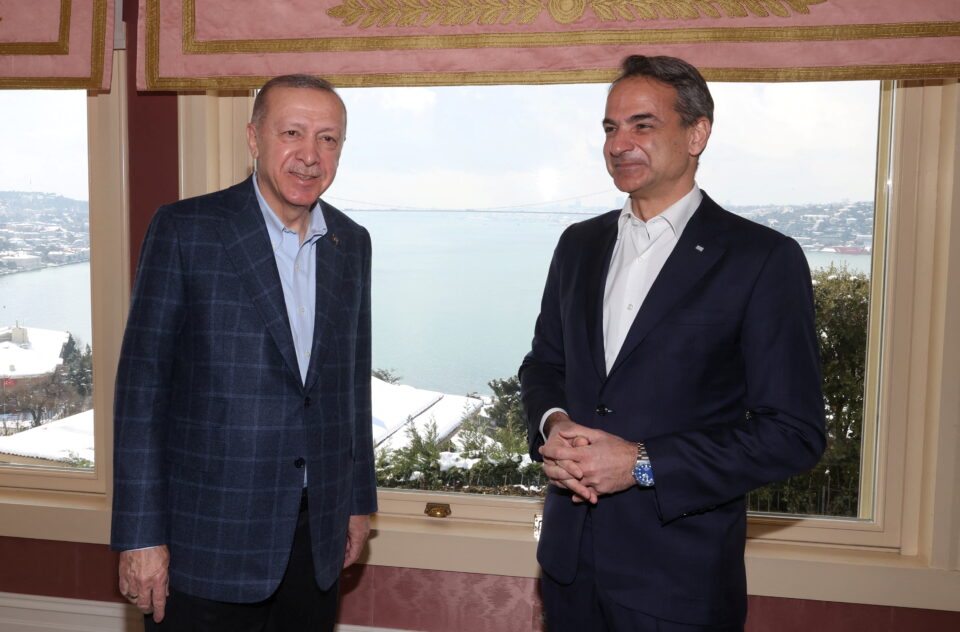 President Nicos Anastasiades has been briefed by his Greek counterpart Kyriacos Mitsotakis about the latter’s weekend meeting with the Turkish president, Nicosia said on Monday, as a former Turkish diplomat opined that he did not expect Ankara’s stance on Cyprus to soften anytime soon.

In brief comments to the media at the presidential palace, government spokesman Marios Pelekanos said Anastasiades spoke on the phone with Mitsotakis early on Monday.

During the conversation, the Greek prime minister briefed Anastasiades about his talks in Turkey over the weekend.

The spokesman provided no further details of the conversation.

Turkey’s Tayyip Erdogan and Mitsotakis agreed in talks in Istanbul to improve ties, despite the long-running disagreements between the two Nato members.

In a statement released after the meeting, the Turkish presidency said both countries have key roles to play in the changing security situation in Europe after Russia’s invasion of Ukraine, and their increased cooperation would have benefits for the region.

Turkey shares a maritime border with both Russia and Ukraine in the Black Sea, has good relations with both countries and has offered to mediate in the conflict.

After a five-year hiatus, Greece and Turkey agreed last year to resume exploratory talks to address their own differences in the Mediterranean, but little progress has been made so far.

“Despite the disagreements between Turkey and Greece, it was agreed at the meeting to keep communication channels open and to improve bilateral relations,” the statement read.

“We have big differences which cannot be overcome just like that,” Mitsotakis told Ecumenical Patriarch Bartholomew after meeting Erdogan.

“I believe we set the foundations to improve our relations,” he said, adding that if there was good progress, Greece might organise in autumn a High-Level Cooperation Council meeting, a mechanism the two countries set up in 2010 for their rapprochement.

The countries came close to confrontation in 2020 when Turkey sent a drilling ship to contested Mediterranean waters. The situation eased after Ankara withdrew the vessel, and the neighbours resumed bilateral talks in January 2021.

Commenting on the Mitsotakis-Erdogan meet, a former Turkish diplomat told the Cyprus News Agency he did not expect the talks would achieve a breakthrough in relations between the two neighbours.

But it was a positive that the two governments were speaking to one another.

Engin Solakoglu, a former diplomat and now political analyst, also opined that Greece currently has the edge in terms of influence among Western circles, and can thus push its agenda more easily than can Turkey.

He attributed this to Athens’ robust relations with Washington, especially under Mitsotakis – whereas Ankara has lost political capital due to its stance on the Ukraine situation and its refusal to join in sanctions against Russia.

Regarding Cyprus, Solakoglu said disputes between the sides are not insurmountable. But he qualified that Ankara maintains a hard-line stance.

“The only outcome of this policy will be partition. Current conditions do not leave room for optimism,” he commented.

The Turkish analyst said he does not share the view that the discussion about the EU’s energy supply, due to the Russia-Ukraine war, will increase interest in natural gas reserves in the eastern Mediterranean.

He therefore does not see a great deal of prospects for reconciliation.

Music in the mountains