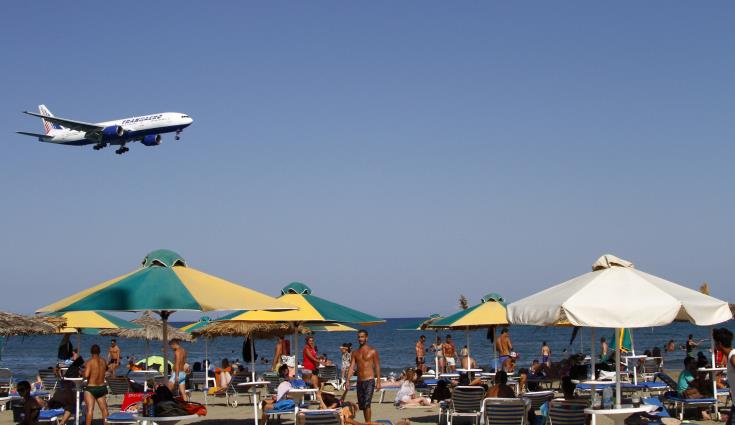 Cyprus’ GDP could be affected by between 1.5 to 2 per cent during 2022 if Cypriot airspace remains closed to Russia for the entirety of 2022, rating agency DBRS Morningstar said on Monday.

The agency also noted that despite the negative impact, the war in Ukraine will not derail the medium-term prospects of the Cypriot economy.

In its report, DBRS Morningstar said that the sanctions against Russia after its invasion of Ukraine, as well as the counter-sanctions imposed by Russia in retaliation, “have increased the negative risks to the otherwise strong medium-term economic prospects of Cyprus”, with the risks primarily linked to declining tourism revenues and higher energy prices.

“DBRS Morningstar estimates that Cyprus could lose 1.5 per cent to 2 per cent of GDP in 2022 if the airspace closure is maintained for the whole year,” the report said, noting that “the impact will be much smaller if the restrictions are lifted before the summer season or if Russian tourists find alternative routes to Cyprus “.

Recalling that the Russian market is the second largest for Cyprus, the agency added that the ban on flights could reduce tourist arrivals by approximately 20-25 per cent in 2022, although it believes that the Cypriot tourism industry will partially make up for it with tourists from other markets, including the United Kingdom.

The report also points out that even if the sanctions on flights are short-lived, the arrivals of Russian tourists in Cyprus are expected to be seriously affected by the large impact of the sanctions on the Russian currency and economy.

“It is clear that the tourism industry may face short-term pressures due to the setback in Russia, however, the comparative advantage of Cyprus, in terms of its attractiveness of tourists, will remain positive this year,” he added.

DBRS Morningstar takes the view that the benefits stemming from the improving situation in relation to the coronavirus pandemic in Europe, as well as the stimulus measures provided by the EU, will mitigate the risks and continue to support Cyprus’ economic recovery.

“DBRS Morningstar continues to believe that the medium-term prospects of Cyprus remain solid and the country is in a good position to manage and adapt to the situation, depending on the duration and depth of the crisis,” the report stated.

At the same time, DBRS notes that “the European Commission’s forecast for a growth rate of 4.1 per cent in 2022 now looks optimistic.” According to data of the World Travel & Tourism Council the tourism sector contributed 13.8 per cent of Cypriot GDP in 2019.

In addition to the potential impact on tourism from Russia, the rapid and significant increase in oil and gas prices would raise energy costs for the private sector.

The agency said that petroleum products accounted for 90 per cent of total available energy in Cyprus in 2019, adding that “the main risk is associated with higher prices, rather than supply disruption, as Cyprus imports about 1 per cent of its energy needs from Russia”.

Finally, the agency notes that exports of financial services from Cyprus to Russia have increased in recent years and amounted to about 7 per cent of GDP in 2020. However, this amount may be significantly inflated by the presence of Special Purpose Entities, which have limited links with the domestic economy.