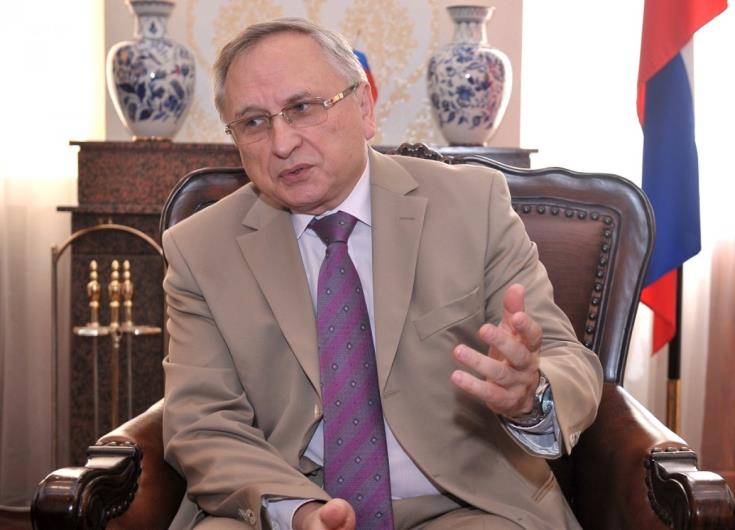 Russian ambassador to Nicosia, Stanislav Osadchiy has warned that Moscow is keeping score and will take everything that Nicosia does as regards the war in Ukraine into account when it comes to future bilateral relations.

In an interview with Phileleftheros published on Wednesday, Osadchiy said Moscow was recording the behaviour of each country and “everything will be taken into account”.

“Then we will take into account the development of our bilateral relations, as well as those measures that Nicosia will take in relation to our country,” he said.

Although the Russian ambassador emphasised that his country’s stance on the Cyprus issue remains the same, he warned that the line followed by the EU and aimed at demonising Russia was against the interests of Cyprus and was destructive for the economic, spiritual and cultural relations between the two countries, which, he said, have existed for centuries.

Osadchiy did not however see any similarity between the Turkish invasion of Cyprus and Moscow’s invasion of Ukraine.

“What happened in Cyprus in 1974 was the occupation of part of the territory of another country. The troops of our country will leave the territory of Ukraine immediately after the completion of the operation,” he said.

Asked if Russia’s policy towards Cyprus had changed, citing reported comments by Russian Foreign Minister Sergey Lavrov, Osadchiy said he had not made any statement regarding the ‘TRNC’.

He said Lavrov, on February 21, during a meeting of the Security Council stated that for eight years, Kiev authorities did not implement any of the key points of the Minsk Agreements, nor entered into a dialogue with their own citizens living in south-eastern Ukraine.

In relation to the above, he cited as an example a number of countries and conflicts, where such a dialogue is taking place, among which he included the ‘TRNC’, said Osadchiy.

“You must agree that such a reference could in no way be construed as recognising anyone or that it goes beyond the scope of international agreements regarding the settlement of the Cyprus problem,” he said.

On Nicosia’s actions as regards Ukraine, he said Moscow was closely monitoring.

“At this stage, we perceive the sanctions, supported by Nicosia in solidarity with Brussels, as unfriendly. The line that is followed and aims at the demonisation of Russia, we consider to be contrary to the interests of Cyprus,” he added.

“For our part, we will try to maintain those good relations, which were previously formed. We hope that Nicosia will respond in a similar way.”

Osadchiy went on to cite Russia’s well-known position on Nato and Ukraine saying: “We have been patiently and persistently trying to talk about all this with all the world leaders. And we did everything at all levels to explain to us the unacceptable turning of Ukraine into a base for hostile actions against Russia. We talked several times about our red lines…  Which of the Western leaders listened to our positions? No one. Reacting to our worries, they laughed and reacted playfully and “threw” our “worries” in the trash.”

Slam poet looks for love in the midst of disability