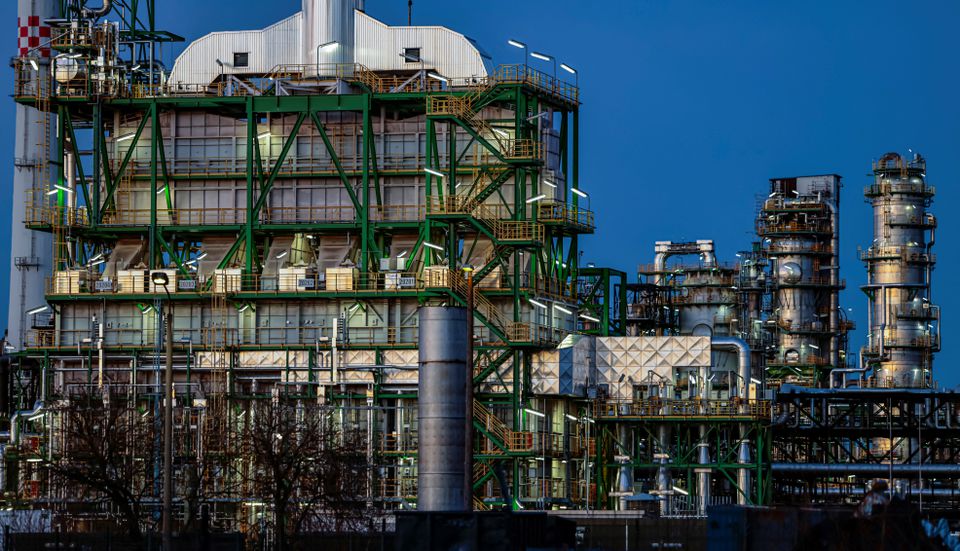 Russian gas flows to Europe remain stable, but Western sanctions over Moscow’s invasion of Ukraine and voluntary actions by buyers are starting to impact its crude oil and oil product sales.

While only a few countries, including the United States, Canada and Australia, have imposed outright bans, some buyers in Europe are shunning Russian oil to avoid reputational damage or possible legal troubles.

Some 2.5 million barrels per day (bpd) of Russian oil and products may not find their way to market beginning in April, the International Energy Agency estimates.

Russian officials, however, expressed hope that supplies would remain stable, while oil exports and transit from the country’s western ports and Druzhba pipeline were expected to rise in the second quarter.

WHO IS STILL BUYING RUSSIAN OIL?

Neftochim Burgas refinery, owned by Russia’s Lukoil (LKOH.MM), could use 100 per cent non-Russian crude if need be, up from 40 per cent currently, a government official said.

China is the second-largest Russian oil importer after the European Union, and the IEA says seaborne shipments could even increase. Petro-Logistics, which monitors oil production, is seeing more Russian crude heading to China.

The 27-member bloc, which relies on Russia for 40 per cent of its gas and 27 per cent of its crude imports, is split over curbing Russian intake but a plan to ditch Russian fossil fuels over the longer-term is expected by the end of May.

Russian crude oil accounted for 9.5 per cent of total imports in 2021, but the French Association of Petroleum Industry (Ufip) said alternative supplies can be found, adding it is already moving away from Russian diesel.

Russian crude accounts for about 14 per cent of intake at Germany’s largest refinery, Miro.

Germany’s PCK Schwedt refinery, 54 per cent owned by Rosneft (ROSN.MM), is fed via the Druzhba pipeline, as well as the landlocked Leuna refinery, majority-owned by TotalEnergies (TTEF.PA).

Greece’s biggest oil refiner said Russian crude accounted for about 15 per cent of its feed in the second half of 2021 but can be replaced. It has already secured additional supplies from Saudi Arabia.

India’s state refiner bought 2 million barrels of Russian Urals for May loading, according to trading sources.

Italy’s largest refinery, owned by Swiss-based Litasco SA, which is controlled by Lukoil, was working as normal as of March 4. It processes various crudes.

The Hungarian oil group says it continues to be supplied by the Druzhba pipeline. Prime Minister Viktor Orban has repeatedly opposed sanctions on Russian oil and gas.

Neither the Dutch government nor Rotterdam Port have banned Russian oil. Around 30 per cent of the oil that goes through Rotterdam is Russian. Around 20 million tonnes of Russian oil products go through the port annually.

Poland’s largest refiner has said it is buying Russian crude for its refineries in Poland, Lithuania and the Czech Republic, but was prepared for “any scenario”, including a complete suspension of Russian supply.

Turkey has no plans to stop buying Russian crude and related products. It opposes sanctions on Moscow. Tupras (TUPRS.IS) is the largest refiner in Turkey.

WHO HAS STOPPED BUYING RUSSIAN OIL?

The Australian refiner says it has not bought Russian crude oil or products since the conflict started.

The British oil major, which is abandoning its stake in Rosneft, will not enter into new deals with Russian entities for loading at Russian ports, unless “essential for ensuring security of supplies”.

Britain said it would phase out imports of Russian oil by the end of 2022.

Canada has said it will ban Russian crude imports, and is also looking into banning refined products. It has not imported Russian crude oil since 2019, but in 2021 bought naphtha, diesel and gasoline.

The energy group, 30.3 per cent owned by the Italian government, is suspending purchases of Russian oil. No Russian crude will be used at Germany’s Bayernoil refinery, which both Eni and Rosneft have stakes in.

Norway’s majority state-owned energy firm has stopped trading Russian oil as it winds down its operations in the country.

The Portuguese oil and gas company has suspended all new purchases of petroleum products from Russia or Russian companies.

The Danish shipping group has stopped buying Russian oil for its vessels.

The Finnish refiner has Russian oil contracts lasting until the end of the year, but is not making any new supply agreements.

The Austrian oil and gas firm has said it is not refining any Russian crude grades in its European refineries, and has no intention to do so in the “near future”.

Sweden’s largest refiner, owned by Saudi billionaire Mohammed Hussein al-Amoudi, has “paused” new orders of Russian crude, which accounted for around 7 per cent of its purchases, replacing it with North Sea barrels.

The Spanish firm has stopped buying Russian crude oil in the spot market.

The German utility said it would stop new supply deals for Russian gas or oil.

The world’s largest petroleum trader will stop buying Russian crude and phase out its involvement in all Russian hydrocarbons.

The French company has stopped buying oil from Russia, although one of its landlocked refineries in Germany continues to receive Russian crude by pipeline.

The Swiss refiner, which owns the Cressier refinery in Switzerland and has a 51.4 per cent share in Germany’s Bayernoil refinery, said it had not entered into new Russian crude deals since the invasion, and wasn’t planning to, while its previous contracts had expired.

The refiner, which operates in Australia under the Shell brand, has stopped buying Russian crude.

The United States, the world’s biggest oil consumer, imposed a wide ban on Russian oil and gas imports on March 8.