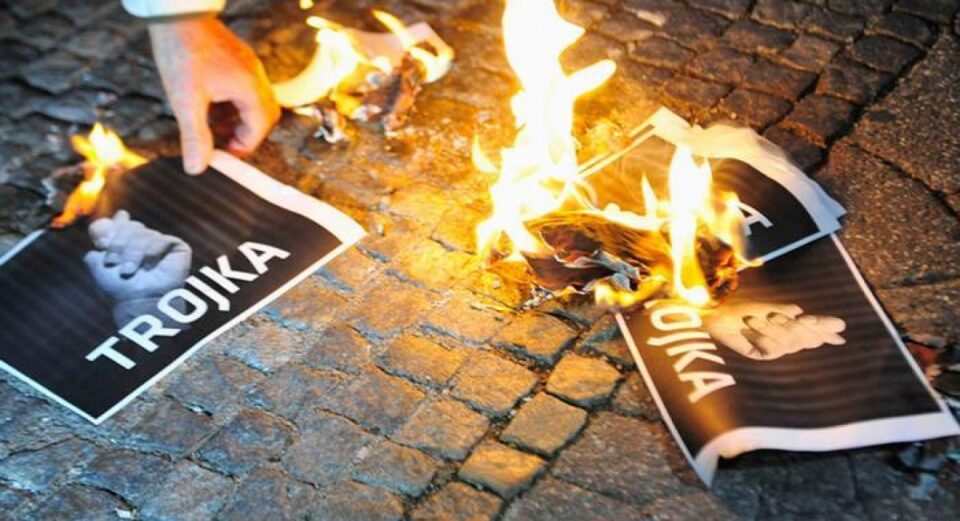 During the eurozone crisis Germany imposed its own philosophy of strict austerity in addressing structural economic problems. The architecture of the eurozone was faulty as was pointed out by Martin Feldstein and others in the 1990s. Despite warnings, it was erroneously assumed that the market could effectively address all possible issues which might come up.

This belief was upheld despite the absence of an effective crisis-mitigating mechanism. As a result, countries which found themselves in a deep recession were forced to counterproductively pursue a strict fiscal policy with depression being the inevitable outcome. Indicative of this is the example of Greece: the country lost 25 per cent of its GDP while hundreds of thousands of Greeks, mostly young people, had to search for opportunities in other countries.

Likewise, the treatment of Cyprus in 2013 was unnecessarily harsh. This can be better understood if one compares how Spain’s rather similar banking crisis was resolved. Spain was offered a loan of €40 billion to save its banking system. This loan was provided without a Memorandum of Understanding nor a rescue package. Cyprus, on the other hand was treated very differently and perhaps vindictively. Indeed, troika exhausted its discretionary power in the scale of austerity enforced, using Cyprus as a trial ground of bail-in interventions.

Be that as it may, this approach (which I describe as Neoliberal Model II) reflected what was perceived as economic orthodoxy. In this model, the role of the state is limited and the market system is given excessive importance. Moreover, principles of solidarity and equity are considered irrelevant by this model. Its value system revolves around individualism and profit maximisation. Inevitably collective goals are ignored.

I am noting a distinction with what I describe as Neoliberal Model I which challenged Keynesianism and influenced policymaking in the period of 1970-2000. More specifically, this model focused on the reduction of government spending and deregulation. In addition, it was also in favour of tax reductions and incentives aiming to increase labour supply and investment.

While Neoliberal Model I had its own philosophy, it was also responding to what it considered as the excesses of Keynesianism and the welfare state. Politically, this approach was expressed by President Ronald Reagan in the US and Prime Minister Margaret Thatcher in the UK. Evidently, this philosophy was strongly supported by the middle classes in several countries. Subsequently, President Bill Clinton’s Neokeynesian approach maintained some of the pillars of Neoliberalism I. One of Clinton’s objectives was to ensure that the benefits of growth and development were enjoyed and shared by a broader set of Americans. He certainly achieved this goal.

What I describe though as Neoliberal Model II, a model propagated, implemented and exported by Germany, went too far. Even before the pandemic, the impact of the pursued philosophy was negative. More specifically, the pursued rationalisation of economic indicators came at a very high socioeconomic cost: reduction of economic activity, higher unemployment and growing inequality.

When Covid 19 came and many countries were faced with extraordinary circumstances, the EU had to revisit this policy approach. To begin with, it was clear that the health sector and infrastructure were adversely affected by the sustained draconian fiscal austerity. This led to a heavy social cost. With the pandemic though this approach could not remain unaltered. The state had a role to play; and there was also relaxation of the rules of fiscal austerity. Furthermore, the Eurogroup acknowledged on April 9, 2020 that the policy approach to the previous crisis had been inadequate.

The question is what would replace the Neoliberal Model II. I think it is important to think and act beyond ideological perspectives. Pragmatism is of paramount importance. Private initiative and the market system will always be very important. But so is the concept of a mixed economy.

In this regard the state will always have a role to play. This should entail three roles: strategic, social and referee. Within this framework, it is important to understand that it is wrong to decouple fiscal policy from economic circumstances. This does not mean that we should push aside the principle of fiscal prudence. It means though that fiscal discretion should be part of policymaking. In times of recession the various governments should be allowed to stimulate the economy by pursuing expansionary policies. In times of economic growth, budgets should be balanced and in some cases it will be appropriate to even have surpluses.

Last but not least, a new model should also revisit the broader value system. The principle of solidarity should be given great attention. Furthermore, equal opportunities for all should be encouraged. Lastly, while private goals should be pursued we must simultaneously respect and work for collective objectives.

The great wall of Lemba