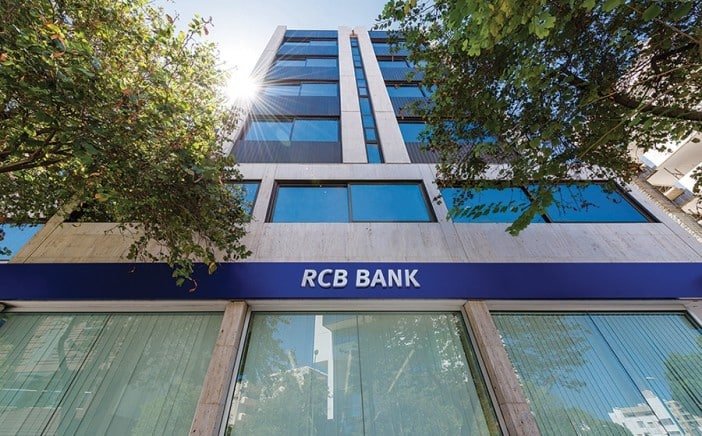 The portfolio will be broken into two tranches.

RCB Bank on Tuesday announced that it has agreed to the sale of a performing loan portfolio to Hellenic Bank, including any related funds on the accounts belonging to the respective borrowers, as well as any connected off-balance sheet obligations.

The portfolio has a gross book value of approximately €556 million, while the related cash collateral and other credit balances, as well as the letters of guarantee, have a value of €89 million and €23 million respectively.

The agreement reached by the banks also involves the transfer of up to 16 RCB Bank employees who manage the portfolio to Hellenic Bank.

“The sale of the loan portfolio shall strengthen further the capital and the liquidity buffers of RCB Bank Ltd and shall create additional substantial buffers, thus allowing for significant absorption capacity of any potential external shocks,” RCB said in a statement issued on Tuesday morning.

RCB was under the scrutiny of the European banking authorities, after a major change in its shareholding structure, announced on February 24, the day Russia invaded Ukraine. It was then announced that 46.29 per cent of stock held by Russia’s state-controlled bank VTB (PJSC) was bought by Cyprus-registered companies owned by the management of the bank, headed by CEO Kirill Zimarin.

Under the deal, Crendaro Investments Limited would hold 7,889,933 common shares (or 73.04 per cent of the share capital) of RCB Bank, while Mitarva Limited would hold 2,911,536 common shares corresponding to 26.96 per cent. This made RCB a Cypriot- owned company as the purchasing companies, were registered in Cyprus and the main beneficiary of these were the bank’s management, including CEO Kyrill Zimarin who was a Cypriot citizen.

Crendaro Investment, of which Zimarin was the main beneficiary, had bought 49.9 per cent, of the RCB stock in 2017.

Following the sale of the portfolio to Hellenic, RCB said the bank’s total capital adequacy ratio will rise from approximately 21 per cent to 27 per cent. Moreover, the bank’s liquidity will outstrip its total amount of liabilities, allowing RCB to meet its obligations towards its clients, as well as to preserve adequate levels of liquid assets to continue its operations, the statement said.

It is estimated that the bank will receive in excess of €500 million from the sale of the portfolio, which is made up of roughly 75 per cent Cypriot exposures. The remaining percentage involves real estate loans in the United Kingdom and the European Union.

The completion of both sales is subject to the relevant due diligence processes, the completion of the final agreement, as well as all other relevant regulatory approvals. According to the bank, the loan portfolio is well-collateralised and is composed of performing business loans corresponding to 103 borrowers in total.

Hellenic Bank, which saw the purchase as a boost to its operations, said it had the right to refuse the onboarding of any borrowers that failed to meet its standards. Borrowers will be checked in order to ensure that they are compliant with recently imposed sanctions, as well as anti-money laundering (AML) regulations.

“In line with the Bank’s strategy of growing its business in Cyprus, the transaction increases the Bank’s client base in business lending, provides cross-selling opportunities, improves its operating income through higher interest income and creates the potential for growing its non-interest income,” Hellenic Bank CEO Oliver Gatzke said on Tuesday following the announcement of the sale.

On March 10, Standard & Poor’s ratings agency downgraded RCB, saying that the bank’s ratings may come under additional pressure from the pending supervisory approval of the change to the bank’s share structure by the ECB’s Single Supervisory Mechanism, which had not yet greenlighted the deal. The agency saw the withdrawal of VTB as a shareholder as weakening RCB.