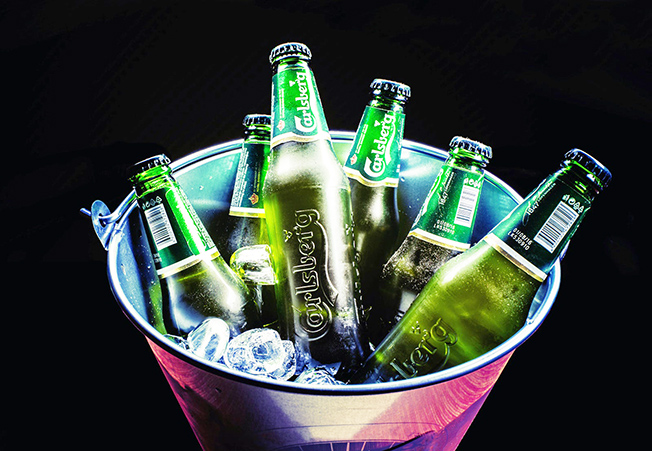 For Carlsberg, the Western brewer most exposed to Russia, the exit would result in a "substantial non-cash impairment charge" this year

Brewing giants Carlsberg and Heineken said on Monday they would quit Russia, joining an exodus of Western companies as pressure grows on Moscow following its invasion of Ukraine.

Ukraine’s President Volodymyr Zelenskiy has urged international companies to turn their backs on the Russian market after the launch last month of what Moscow termed a “special military operation” against its neighbour. Read full story

For Carlsberg, the Western brewer most exposed to Russia, the exit would result in a “substantial non-cash impairment charge” this year, it said without providing further details.

The company holds a 27% share of the local market through its ownership of the country’s biggest brewer, Baltika.

“We have taken the difficult and immediate decision to seek a full disposal of our business in Russia, which we believe is the right thing to do in the current environment,” Carlsberg said. “Upon completion we will have no presence in Russia.”

The company’s shares, which have fallen by roughly a quarter since the start of the invasion, traded 4.2% higher on Monday, heading for their best day since November 2020.

Heineken, the third largest brewer in Russia, earlier said it was aiming for an “orderly transfer” of its local business, which accounts for just 2% of total sales, reducing its operations during a transition period to minimise the risk of nationalisation.

The Dutch brewer expects to book related charges of around 400 million euros ($438 million) and said it would guarantee the salaries of its 1,800 employees in Russia until the end of the year.

“We have concluded that Heineken’s ownership of the business in Russia is no longer sustainable nor viable,” the company said in a statement, adding that it would not profit from any transfer of ownership.

Carlsberg last year generated 10% of its total revenue and 6% of its operating profit in Russia, where it has eight breweries and 8,400 employees. It took full control of Baltika in 2008 but has faced sluggish sales amid a sanction-hit economy and regulations to curb alcohol abuse.

“The announcement that Carlsberg will leave Russia should help to clear the air and removes the overhang risk,” Jefferies analysts wrote in a research note.

The Danish brewer’s non-current assets in Russia stood at 19.2 billion Danish crowns ($2.83 billion) at the end of 2021, amounting to around 15% of total assets or 44% of its total equity, its annual report showed.

InBev said earlier in March it would stop selling Bud beer in Russia and forego profits from the joint venture, which has 11 breweries and 3,500 employees in the country.