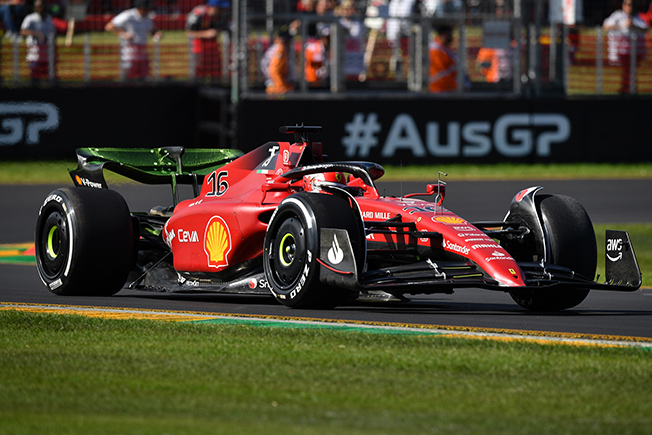 Two years after the Australian Grand Prix was scrapped due to COVID-19 hours before the first practice, Formula One returns Down Under to an upgraded Albert Park and a warm welcome from local fans starved of elite motor sport through the pandemic.

Plenty has changed since Valtteri Bottas won the 2019 race for Mercedes in Melbourne, kicking off another season dominated by former team mate Lewis Hamilton and the Silver Arrows.

In its first upgrade in a quarter of a century, Albert Park has been re-surfaced and had corners removed to encourage passing and hopefully put an end to processional race-days. Read full story

Mercedes and Hamilton, meanwhile, have fallen off their perch, leaving Ferrari and Red Bull the talk of the paddock after the season-opening swing through Bahrain and Saudi Arabia. Read full story

Whether it is renewed interest in the series or just a spell of balmy autumn weather, fans thronged to Albert Park on Thursday and bumper crowds are tipped through the weekend in a city which spent some 260 days locked down through the pandemic.

“The drivers are smiling, fans are smiling and the weather gods are smiling on us,” Australian Grand Prix Corporation boss Andrew Westacott told Reuters.

“It’s a much, much quicker circuit and I expect it’s going to produce great racing on the weekend.”

Many fans will hope that means more duelling between Dutchman Verstappen and fellow 24-year-old Leclerc, whose battles lit up the Middle Eastern double-header.

Verstappen, who had a non-finish at Bahrain but bounced back a winner in Saudi Arabia, said he would prefer to avoid going wheel-to-wheel with Leclerc by driving an improved car.

“For the viewers, it’s good,” he said on Thursday of their rivalry which dates back to their go-karting days.

“Of course I enjoy the battles but I’m also more focused on actually trying to make the car better and to get a better feeling in the car, and then hopefully we don’t need to battle in every single race.”

Verstappen said Red Bull had made “little steps” developing their car since Jeddah but stopped short of tipping a big weekend in Melbourne.

“We’ll do our best but at the moment we don’t know how the car’s going to perform,” he said.

Mercedes might also fall into that camp, having produced a car that bounces, or ‘porpoises’, on the straights as downforce comes and goes.

After Hamilton finished 10th in Jeddah and his new team mate George Russell came fifth, the team are 40 points behind Ferrari, and just one clear of Red Bull who suffered dual retirements in Bahrain.

Team boss Toto Wolff warned there would be no “magic fix” for the W13 car’s troubles in time for Sunday’s race.

“But we’re pushing to steadily bring gains over the upcoming races, to hopefully move us closer to the front of the pack.”

Four-times world champion Sebastian Vettel may be grateful just to be racing, after missing the first two rounds due to a positive COVID-19 test.

The Aston Martin driver’s seat was filled by Nico Hulkenberg but he makes his return in Melbourne, hoping to notch his team’s first points of the season.

President decides not to challenge House on municipal overhaul