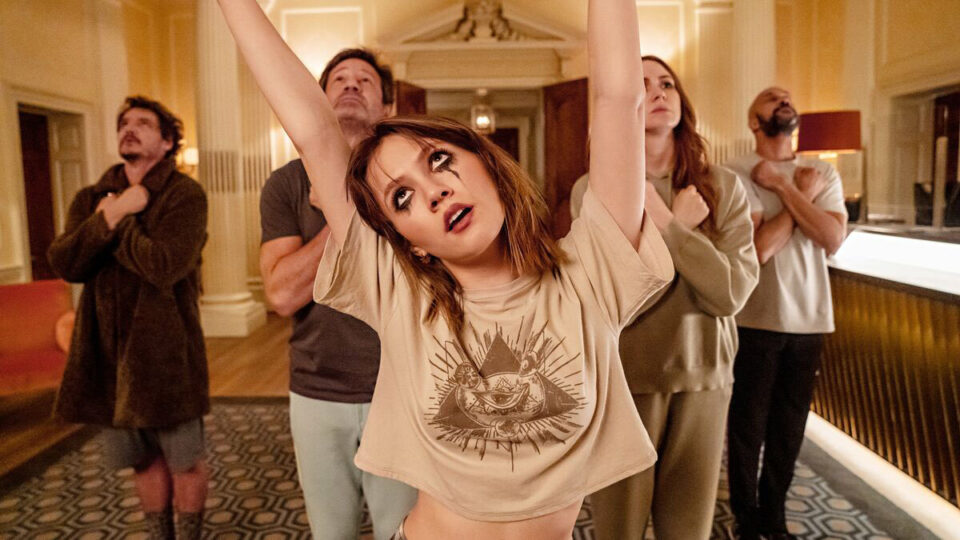 Apatow films to stream instead of The Bubble

My late father used to say that if you have nothing good to say, say nothing at all. It’s a lovely way to go around the world and certainly reduces the amount of toxicity in my life.

In the case of The Bubble, the star-studded Judd Apatow film that dropped last week on Netflix, I have nothing good to say. It’s bad. It’s really, really bad. I like Apatow, and enjoy his dramedy style and the unabashed profanity he sprinkles in his films but man that movie is unfunny. The Bubble tells the story of Carol Cobb (Karen Gillian) who found fame as part of an ensemble cast in a successful franchise called Cliff Beasts. Carol left the group and didn’t take part in Cliff Beats 5, to take on a role she thought was better suited for her. Her new movie flopped horribly so she reluctantly agreed to return to the franchise for Cliff Beasts 6. This is supposedly the first movie shot during the Covid lockdown so the actors are forced to quarantine in a hotel and adhere to the strictest lockdown measures possible. Actors slowly go crazy. Hilarity ensues.

Or at least, that was the plan.

If this movie came out two years ago, or even last year, it might be better. But now it just looks anachronistic. The Bubble would make a great SNL skit but over its two-hour runtime it’s just a joke gone way too long.

Still, gotta say something good right? So here are some Apatow films you can stream that are better than The Bubble. Unfortunately, such films as The Anchorman, Pineapple Express, Dewey Cox and Stepbrothers are not available on any streaming platform that Cypriots have access to. So here some that are:

Co-written and starring the talented Steven Carell, this 2005 romantic comedy launched both Apatow and Carell to super-stardom. The scene where Carell gets his chest waxed is now iconic, referenced and parodied in other movies and series.

Carell stars as the shy introvert Andy, a virgin at 40. When his friends learn his secret, they decide to help Andy break the sex barrier and “become a man”. While a lot of the jokes would not fly in today’s more politically correct culture, The 40-Year-Old Virgin is still a classic Apatow film, showcasing his signature style of balancing comedy and drama. With some dick jokes thrown in for good measure.

Another Apatow classic, this 2007 comedy reunites him with frequent collaborator Seth Rogen, who stars as the slacker, responsibility-free Andy. One night he has a one-night stand with a rising TV presenter Alison (Katherine Heigl), who unlike Andy is goal-oriented and determined to succeed. Alison ends up pregnant and along with Andy tries to figure out how to navigate the pregnancy.

A box office hit, this movie is as famous as the story behind it. A year after the movie was out Heigl publicly bashed the film in a “Vanity Fair” interview, calling it sexist. Both Rogen and Apatow expressed their surprise and said that she did not share that view with them at any point of the filming process. Years later Heigl walked back her comments but neither Rogen nor Apatow ever worked with her again.

Don’t Mess with the Zohan (Netflix)

Adam Sandler stars in this out-of-bounds, ridiculous comedy about a top Israeli anti-terrorist agent who decides to leave his old life behind and become a hairdresser in the US. Sounds far-fetched right? Here’s the kicker: it’s based on a true story. Sandler was getting a haircut one day when his stylist casually mentioned that he used to be part of the Israeli special forces before he decided to change his life. Sandler took that story, dialed the ridiculousness up a 1,000 and ended up with Zohan. Make sure you turn your brain off and enjoy the movie!