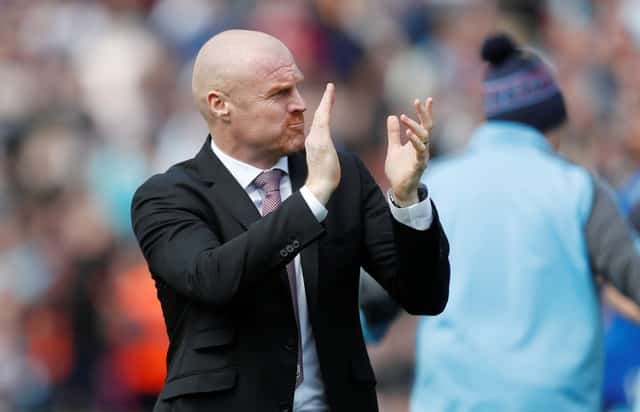 Sean Dyche always bristled at the suggestion he was a “throwback” or an “old school” manager but Premier League Burnley’s decision to sack him on Friday raises the question of whether he is indeed the last of a dying breed.

An Englishman who spent the bulk of his playing career as a tough centre-half in the lower divisions is not the profile most top-flight clubs look for when recruiting managers.

That is highlighted by the fact that despite his success at turning a low-budget, small town side into a relatively established Premier League team, Dyche was never poached by another club.

Even after achieving the seemingly impossible and taking Burnley to a seventh-placed finish and qualification for the Europa League in 2018, Dyche continued to be overlooked by bigger clubs who preferred instead to turn mainly to the continent for coaching talent or famous former players.

There are six of the 18 Premier League clubs with English managers, two of them former England internationals in Frank Lampard at Everton and Steven Gerrard at Aston Villa.

Only Eddie Howe at Newcastle and Dean Smith at Norwich City have similar backgrounds to Dyche in the English lower divisions with Brighton’s Graham Potter having learnt his trade in Sweden where Watford’s Roy Hodgson also cut his teeth at the start of a long career.

With no chance to progress his career at a club with bigger resources, Dyche has continued to battle against the odds to keep Burnley in the top flight, but this season he has struggled to find the points to keep the Clarets out of trouble.

Burnley are 18th, inside the relegation zone, and four points behind 17th placed Everton ahead of this weekend’s games.

Supporters, who need no reminder about the club’s long wilderness years in the lower divisions in the 1980’s and 90’s, never turned against Dyche but there was a sense of the team becoming stale this season.

Dyche took over Burnley, in October 2012, with the club in the bottom half of the second-tier Championship but despite having one of the smaller budgets in the division he guided them to promotion the following season.

Burnley were relegated in their first season in the Premier League after a four-year absence but the club kept faith with Dyche who promptly led them to an immediate return, winning the Championship title.

The 2017-18 season saw Burnley qualify for European football for the first time in 51 years after a season in which they beat Chelsea and drew with Manchester City and Liverpool.

But with little investment from the club’s then owners, Burnley did not build on that success and finished 15th in the following campaign.

Dyche had a testy relationship with club chairman Mike Garlick who departed after American investors ALK Capital took over in December 2020 but the change in ownership has not delivered a radical difference in Burnley’s lack of power in the transfer market.

With his gruff voice and readiness to complain about playacting and poke fun at modern trends in the sport, Dyche has become a familiar figure for fans of the English game.

His popularity with Burnley fans may have waned during this season’s poor form but the Turf Moor faithful never turned against him and many were shocked by his dismissal.

In the past someone with Dyche‘s track record could be confident of quickly finding another job in the top flight but with the Premier League’s preference for importing coaching talent he may have to work his way back up.

Burnley’s owners have gambled that a new face can provide the spark needed for a late revival this season to secure their survival.

As Dyche could tell them that will be no easy task.