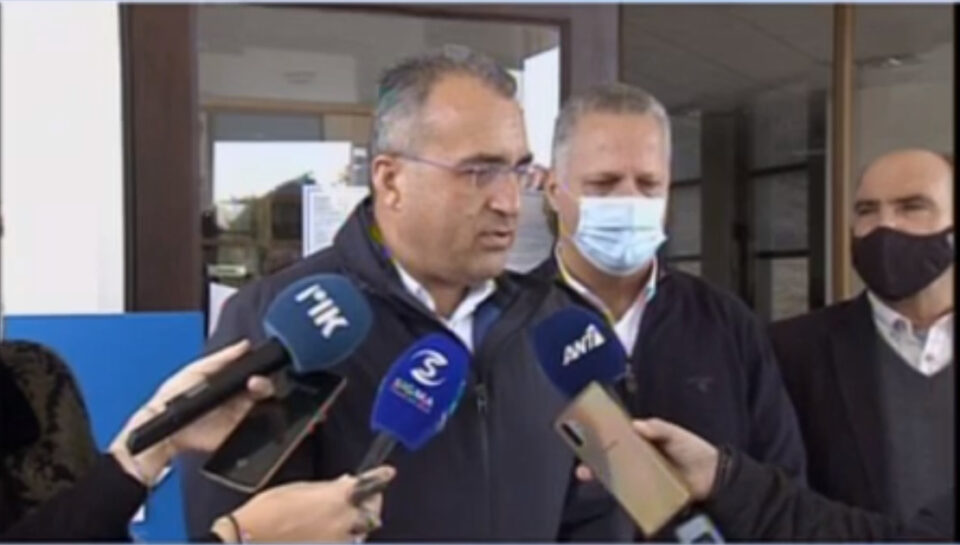 Ahead of the Easter holidays, the cabinet on Wednesday lifted the restriction on the maximum number of people at house gatherings as well as the SafePass requirement for outdoor venues.

The decisions, which were announced by Health Minister Michalis Hadjipantela after the meeting, were part of further relaxations on the coronavirus measures amid an improved epidemiological picture.

“The improvement of the epidemiological picture allows us to announce further relaxations,” Hadjipantela said, while warning that the lifting of measures does not mean the end of the pandemic.

The country’s positivity rate has dropped to 0.6 per cent and coronavirus hospitalisations stand at 130, while the daily number of coronavirus cases have also decreased.

Cases have started being announced on a weekly basis every Friday, so that people are not “bombarded” with the number of daily infections and assist the return to normality, the minister said.

However, Hadjipantela warned that “the measures have been suspended and not abolished,” and underlined the possibility of of the epidemiological situation deteriorating “if self-protection measures are not respected”.

Under the new measures, no SafePass will be required at outdoor hospitality venues and bars while the limit on the number of people at gatherings in homes was also lifted.

Furthermore, employees in outdoor areas of the hospitality venues will no longer be required to wear a face mask.

Regarding the treatment of Covid-positive patients, the cabinet announced that private hospitals will be obliged to have at least two beds for patients who have been admitted to the health facilities for another reason and were later found positive for the virus. This concern Apollonion, Mediterranean, American Medical and the Ygia policlinic.

The above new rules come into force as of Good Friday.

Meanwhile, further relaxations were announced from May 15.

These include the suspension of the SafePass requirement in all areas excluding entertainment venues and nightclubs as well as nursing homes, hospitals, clinics and rehabilitation centres.

The scaling back of the SafePass will put an end to the state-run rapid testing sites, the minister said, meaning that everyone, regardless of vaccination status, will be required to pay for a rapid or PCR test carried out privately. He added free testing will still be available for close contacts.

The minister announced that visits to nursing homes, hospitals and 24/7 facilities will be allowed to unvaccinated people and those who have not recovered from the virus in the last three months with a 48-hour rapid test or 72-hour PCR test.

He also announced that self-isolation will no longer be required for close contacts regardless of their vaccination status or whether they had contracted the virus in the last three months.

Instead, close contacts will be advised to get tested.

“It is recommended that all close contacts of virus positive individuals are tested on the third and fifth day after contact,” Hadjipantela said.

Weekly testing was recommended for everyone, either a self-test or a rapid test.

Children under the age of 12 will no longer be required to wear a face mask while test to stay in schools will be suspended. These includes students and teachers as well as nursery schools and special education. The test to stay policy will continue to be implemented in health facilities, while cabinet is expected to decide whether it will continue to be in force in the national guard.

Students will also stop being required to show a SafePass as of mid-May.

The new measures also provide that vaccinated or recovered employees at hospitals, nursing homes, medical practices, rehabilitation centres and other 24/7 structures will no longer be required to present a negative test to go to work. It was instead recommended they carry out a self-test once a week.

The remaining employees will continue to be required to present a 48-hour negative rapid or PCR test.

A price ceiling was set at €6 for every pack of five self-tests, Hadjipantela announced.

Ministers also approved the administration of the fourth vaccine dose to people aged 60 and over, provided five months have passed since their latest jab.

The new measures were decided during a meeting of the health minister and the scientific advisory committee the previous day during which they assessed the island’s epidemiological data and submitted their suggestions.

Prominent figure in the arts appointed deputy minister of culture