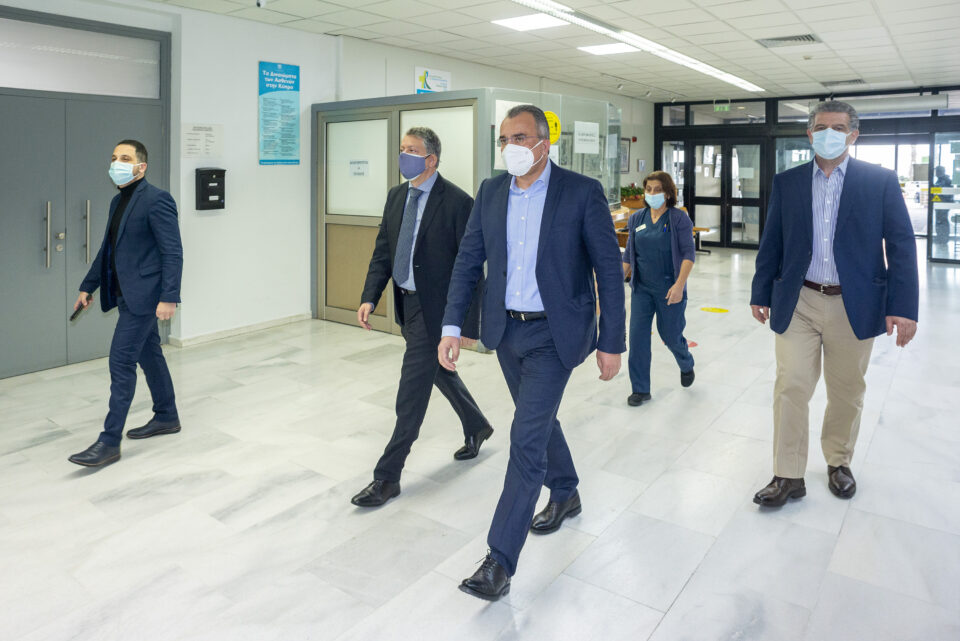 Health Minister Michalis Hadjipantelas on Wednesday expressed his full support to the family of the 20-year-old man who suffered burns to 45 per cent of his body during violent incidents involving football fans over the weekend in Larnaca.

The minister visited Evripides Frangou at the Nicosia general hospital where he is being treated on Wednesday morning and received a detailed update on his state of health, said a written statement by the ministry.

His condition, according to his doctors, is serious, while the director of the department of plastic and reconstructive surgery at the Sheba medical centre at Tel HaShomer was expected to arrive from Israel later in the day to examine his wounds, Cyprus News Agency reported later in the day.

Hadjipantelas wished the victim a speedy recovery and assured the family that his ministry will assist in any way requested.

The minister also condemned the incidents that took place last Saturday before the Anorthosis-Apollon football match at the Antonis Papadopoulos stadium between the fans of the two teams in Larnaca.

Media reported fans of the two football teams had started small fires with fireworks in a field opposite the stadium which were put out by police and the fire service.

According to the reports, the injured man had been out walking his dog when he saw the fire and tried to put it out when a Molotov cocktail was thrown at him.

For the case, two men aged 30 and 22 were charged in writing after admitting involvement in the incidents while eight more are still wanted. Their details and photos have been published on police’s website.

During the incidents, five police cars were also reportedly damaged.

On Tuesday, President Nicos Anastasiades condemned the incidents and requested police to show “the necessary seriousness” as the end of the championship approaches.

Police spokesman Christos Andreou had told the Cyprus News Agency that the man was injured “after the end of the incidents and at a distance from the area where they took place”.

He added that police are examining the material on CCTV cameras and that investigations are “leading in a specific direction” without providing any details.

“He just happened to be in the wrong place at the wrong time,” the godfather of the 20-year-old burn victim, Joseph Frangos wrote on his social media.

In an emotionally charged post, Frangos blamed his godson’s injury on “a bunch of cowards…whose lives are meaningless” and explained that the problem is not policing but “a matter of education and culture”.

The young man’s injury is the most recent sports violence injury reported in the island.

It comes after a 27-year-old Paphos football fan was hospitalised on Friday after falling during a match.

He had been participating in celebrations after a match between Paphos and Aris Limassol when he fell through the fabric entrance tunnel which collapsed.

On April 19, a 45-year-old man was arrested for assault after being identified as being involved in incidents before an Akritas Chlorakas – Omonia 29M match in Paphos. He allegedly attacked and injured a 33-year-old supervisor.

What is a B2B marketplace? Everything you need to now