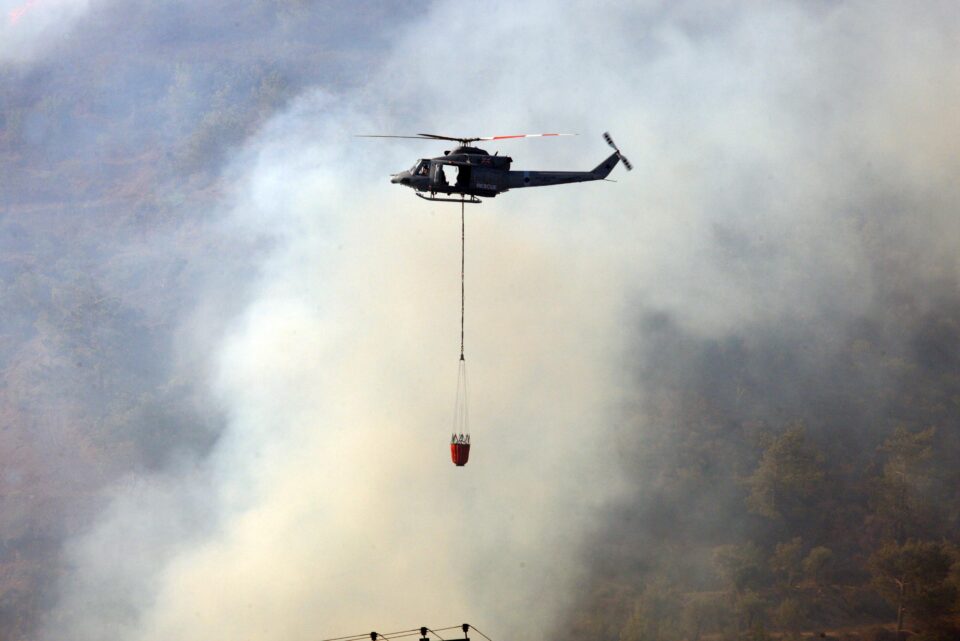 The fire service is on high alert for the upcoming summer season and is relying on the public’s cooperation and new drones to see it through a difficult period, fire department spokesman Andreas Kettis said on Thursday.

“After all, we almost never have easy summers in terms of fires in Cyprus,” he told the Cyprus News Agency on Thursday, adding that public awareness is key to avoid serious incidents during the hot months on the island.

He also said that last year the department has noticed a sharp increase in the number of urban fires.

“We are ready for the summer season,” he said. “Last year was a difficult one for everyone, but we are now in the process of upgrading and maintaining the tools at our disposal.”

Last July, a huge fire in Arakapas killed four men and destroyed some 55 square kilometres of forest, cultivations, homes, and other property.

“At the moment, we are preparing our entire staff and the fire stations in rural and remote areas for the summer. On top of that, we are also adding staff to our 18 observation points around the country. We will be ready and prepared.”

Kettis said that cooperation with the police, the forestry department and the Game Fund is vital to prevent fires and that more patrols will be dispatched this summer to avoid serious incidents.

“The patrol programme will be based on the potential dangers unveiled in real time by our observatories and our drones, so that we can intervene whenever a serious threat arises, both by air and on the ground,” Kettis said.

He further added that in the immediate aftermath of the Arakapas fire, President Nicos Anastasiades instructed the fire department to conduct a study on a holistic approach to monitoring rural and forest areas for a timely detection of fires.

“The study has already been completed under the supervision of the fire brigade chief Polyvios Hadjivassiliou and it will be used to make several changes in the way we detect fires and intervene to put them out.

“It will take time for changes to take place because a new approach requires training, as well as new equipment, but the aim is to introduce a new firefighting plan by the end of 2022.”

Kettis added that a preliminary plan has already been made and a budget of around €4.5m was allocated to the fire department in that regard.

“This only applies to the first phase of the plan. The total budget will likely exceed €20m and we have already spoken to the finance ministry to secure the sum. We are working on both preventing and extinguishing fires,” he said.

Kettis also added that the firefighting season has already officially started on May 1 and it will likely last until the end of October.

“However, due to climate change, this is no longer set in stone. Three years ago, we recorded a record number of fires in December, so we have to be prepared to deal with fires all year round.

“Climate change has also impacted the very composition of our soil, which is now drier and therefore more flammable. We also need to take into account the wind, which is our worst enemy during a fire, so, as you can understand, many factors need to be considered when a fire breaks out.”

Kettis said that last year his department had to answer to 12,333 fire calls, which included urban fires, rural fires, as well as false alarms, both malicious and not.

“This proves the multifaceted and multidimensional work of the fire service. We also deal with industrial fires where chemicals and radioactive materials are involved, road accidents, mountain rescues, and many other things.”

He also said that around 90 per cent of fires, both in rural and in urban areas, are man-made, adding that in 2021 there was a 20 per cent increase in the number of urban fires and a 6.5 per cent decrease as far as rural fires are concerned.

“Moreover, in the last two years financial losses due to fires have exceeded €120m. That is why we need to heavily invest in the prevention of fires, for the sake of everyone and to protect the state coffers as well,” Kettis said.

On whether the staffing of the fire service is considered satisfactory, Kettis said that the situation is far from ideal.

“Nevertheless, in the last three years, the fire service has hired more than 100 firefighters and we are planning to recruit more in the upcoming months.”

“We also cooperate with the British Bases in Cyprus, which have assisted us in the past on many occasions.”

Finally, Kettis reminded of the importance of prevention of fires and public awareness among the population.

“We always do our best to prevent serious incidents and to put out fires, but we all need to do our part to protect our lives and our country,” he concluded.