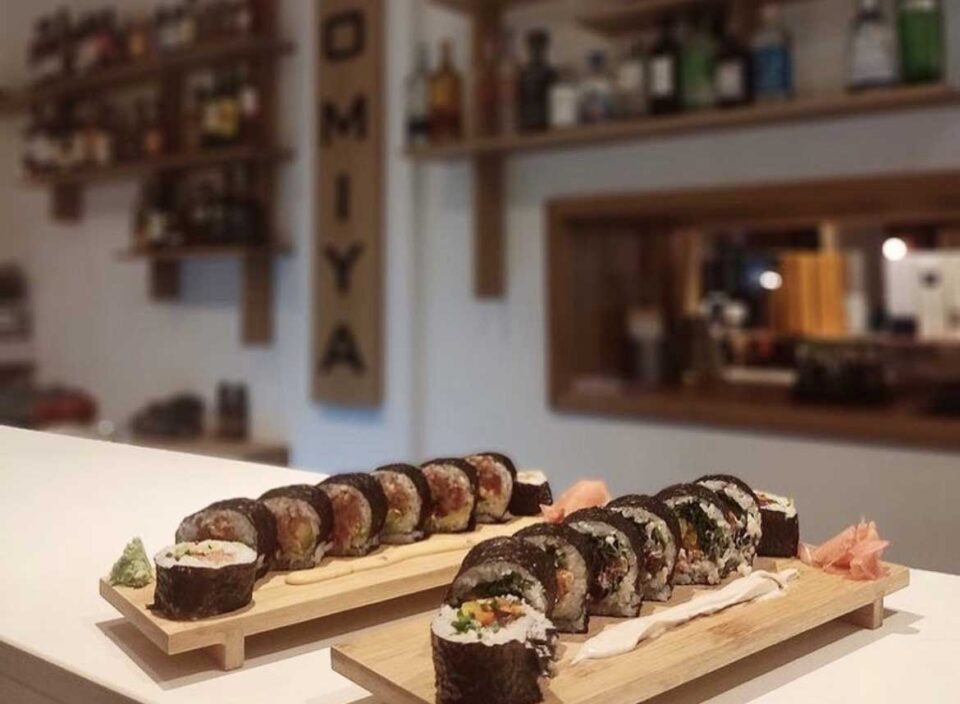 I love writing reviews about fusion restaurants. Compared to other places, the subjects of discussion are almost endless. One can focus on the multiple layers of flavours of the dishes, their complexity, whether they are balanced or not and, last but not least, the appearance of the food in front of you, often elaborate and colourful.

So, when I found out about Nomyia, an Asian-Mexican joint that recently opened in Nicosia, I knew I had to try it out.

Located inside the popular Potopolio bar on Kennedy Avenue, the place gave me distinct pop-up vibes. Minimal, yet stylish, Nomyia caters to a young clientele eager to expand their culinary horizons.

The pièce de résistance are the sushi burritos, which actually also attracted me in the first place. A few other Japanese and Korean street specialties were enough to appeal to my curious palate, so, along with my faithful dining companion, on an unusually cold Thursday night, I headed to the place. 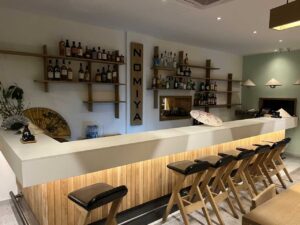 Nomyia is hip, young and energetic, part of the new culinary landscape of the capital. Perhaps a tad too much, as no one was paying attention to us and there was no sign of the menu.

Only later, when I was inches away from complaining, I realised it was already on the table, in QR code form, a reminder of my advancing age as, perhaps subconsciously, I am still clinging to the old ways.

On to the food. As I mentioned earlier, I simply had to try a sushi burrito, so I opted for the fried samurai pollo, with Mexican-style chicken, Edam cheese, pico de gallo, red bell pepper, sweet corn and avocado, wrapped in nori seaweed.

Street food is often bite-size so I had to order a few other entries, even though in that moment I was picturing my dietitian’s stern expression.

Where to begin? The sushi burrito maintained its promise. Complex, yet subtle, it kept its Mexican vibe, enriching with the sushi rice and the nori seaweed.

The dumplings had the perfect amount of prawns and pork, a nice surprise as the right balance between the proteins is often elusive. 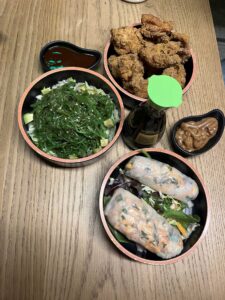 The summer rolls and the duck salad were a tad disappointing. The first one, despite the mint and the excellent peanut sauce, felt dry, whereas the beluga lentils in the salad completely overpowered the duck, which made the dish rather confusing. When duck is served, it should always be the main protagonist.

However, the best dish of the night ended up being the fried chicken bites. Spicy without being overwhelming, the gochujang sauce actually made the dish lighter and the fried chicken was cooked to perfection, the coating crunchy and the meat juicy.

All in all, the meal was pleasant, interesting enough to make me want to try other entries. Perhaps, though, I will opt for takeaway or delivery instead. Nothing wrong with the location, but, as it primarily operates as a bar, it felt quite noisy at times.

Regardless, another place to add to Nicosia’s ever-expanding international food scene and I can’t help it but rejoice!