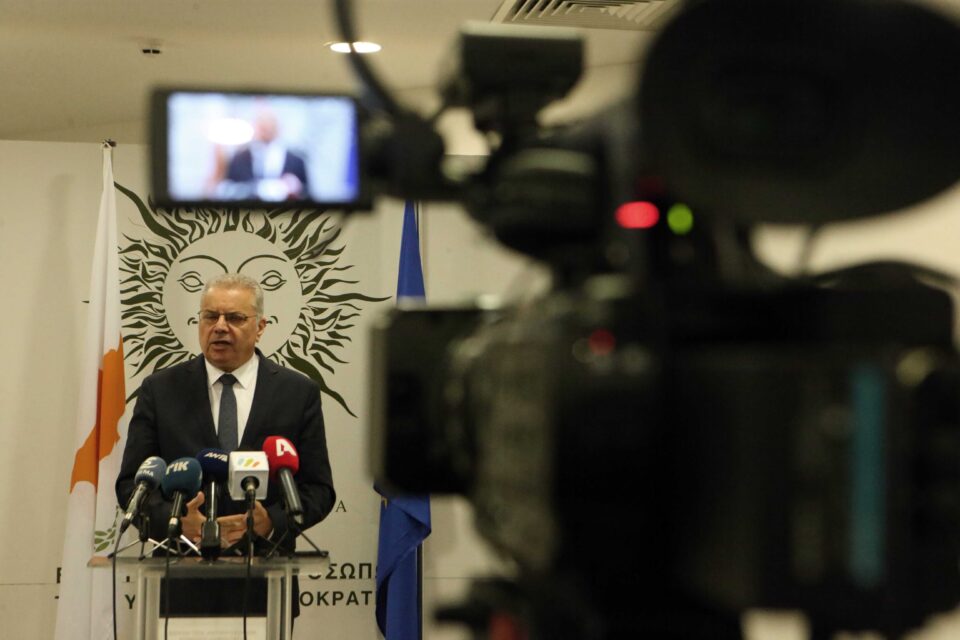 The interior and justice ministries are requesting that 300 contract police officers be hired for up to 28 months as the state steps up its efforts to tackle irregular migration across the Green Line.

Expressing his frustration at the situation, Interior Minister Nicos Nouris told MPs that irregular migrants are now calling the police and requesting that officers come to pick them up.

The bill presented to House legal committee on Wednesday requests that the police chief be able to hire 300 contract officers under expediated procedures for a period of 18 months, with provisions for an extension of a further ten months.

The stated aims are to secure the 24-hour surveillance of the Green Line, checking and escorting irregular migrants and securing holding centres.

It is not immediately clear whether the officers would be able to prevent the crossings from taking place due to the Republic’s obligations under UN treaties securing the right to seek asylum.

In his urgent plea to MPs, Nouris said that the matter is critical and that the luxury of time is no longer afforded – adding that 92 per cent of irregular arrivals take place across the Green Line.

The cost of the extra personnel would amount to annual total salaries of €7.8m, while a further €1.1 million would be required to kit them out and an added €1.2m is required for vehicles.

He added that in the first few months of 2022, his ministry had returned 1,645 illegal migrants from the over 7,000 who arrived.

The minister further said that the irregular migrants do not wish to remain in Cyprus but are instead being tricked by those advising them that they are arriving in an EU member state and will be able to travel freely within the bloc. But, Nouris added, as the Republic is not a part of Schengen the irregular migrants remain trapped on the island.

Despite the minister’s arguments, police unions have instead asked that the positions be filled by permanent officers. Head of the union Kyriakos Charalambous stated that there are 600 empty positions which must be filled, adding that there is unlikely to be enough interest to fill the Green Line units as they are to only be employed for 28 months.

Others expressed concern that the expediated hiring procedures could lead to a lack of oversight and undertrained officers taking on serious duties in sensitive areas.

At the committee, Akel MP Aristos Damianou stressed that the criteria for those who are hired must be strict enough so as to avoid any issues, particularly if they are armed. He added that measures must be taken, but that the Green Line must remain a ceasefire line and not turned into an external border in the eyes of those abroad.

The bill presented to parliament is just the latest step in government’s rocky path to tackling the surge in irregular migration flows. On Tuesday, Defence Minister Charlambos Petrides announced that the “all-seeing” 24-hour monitoring system along the Green Line is to be operational by the end of September.

Elsewhere, parliament last April voted in favour to massively hike fines against those found smuggling people into the Republic. That changed the law so that people who are paid to transport others across the sea in unsafe condition, either due to the vessel being dangerous or overcrowded, will no longer simply face a misdemeanour but will instead be subject to up to 12 years in prison and/or a fine of up to €100,000.

But a series of other measures such as announcing a list of ‘safe countries’, cracking down on sham students and others have so far failed to limit the number of irregular arrivals.

The government has consistently blamed Turkey of instrumentalising migration against the Republic by allowing thousands to fly into the nation and later permitting their arrival to the occupied Tymbou airport on student visas – only to later cross over the Green Line.

Europa Donna to push for life insurance for cancer survivors