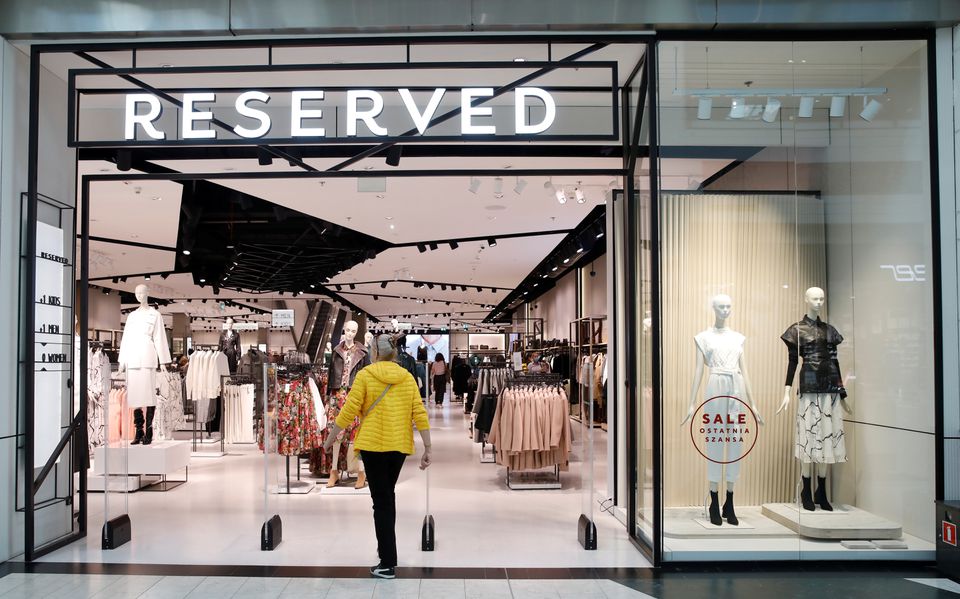 Some Western companies have agreed to sell their Russian assets or hand them over to local managers as they scramble to comply with sanctions over the Ukraine conflict and deal with threats from the Kremlin that foreign-owned assets may be seized.

The moves, part of a broader corporate exodus from the country, are likely to stir concerns that Russian firms and institutions are snapping up prized assets for a bargain.

Below is a list of firms by sector that have announced plans to sell their businesses in Russia:

The British car distributor said it had agreed to sell its Russian business to local management. The sale will result in an exceptional non-cash loss before tax of about 240 million pounds ($297 million).

The French carmaker will transfer its 68 per cent stake in Russia’s biggest carmaker Avtovaz to an auto research institute for a symbolic one rouble, Russia said on April 27.

Hungary’s OTP Bank, Central Europe’s largest independent lender, is under pressure from the government of Ukraine, where the bank is also present, to sell its Russian unit, its chief executive said on April 27.

Austria’s RBI, one of the European banks most exposed to Russia, has received unsolicited indications of interest for its Russia operations, the bank’s chief said on May 4.

The French lender expects to close the sale of its Rosbank (ROSB.MM) unit to Russia’s Interros Capital “in the coming weeks,” it said on May 5.

It announced the sale on April 11, adding it would write off 3.1 billion euros ($3.3 billion), comprising a 2 billion-euro hit on Rosbank’s book value and the rest linked to the reversal of rouble conversion reserves.

The diversified US manufacturer said on May 4 it would explore strategic options to divest Metran, its subsidiary in Russia, as it exits the country.

The French electrical equipment maker will sell its operations in Russia and Belarus to local management, the company said on April 27, as it signed a letter of intent with the designated buyers.

It will write off up to 300 million euros ($317 million) of net book value and make a non-cash reversal of currency translation estimated at 120 million euros.

The brewer said on April 22 it would sell its non-controlling stake in its Russian joint venture AB InBev Efes. The divestiture will result in a $1.1 billion impairment charge in the first quarter. The joint venture has 11 breweries in Russia and three in Ukraine.

The Poland-listed restaurant operator said on May 6 it had been unable to sell its business in Russia to the sanction-hit investment fund VTB Capital, according to Russian media Kommersant. AmRest is now seeking a new buyer, the newspaper said.

The Finnish food processing company said on March 7 it is exiting its fast food business in Russia, following the divestment of its industrial subsidiary in the country in April 2021.

The Danish brewer said on April 28 it was selling its Russian business, with its chief executive specifying there was good progress and “definitely” interest in it.

Finnish bakery and food service company said on April 29 it had agreed to sell its Russian unit to Moscow bakery company Kolomenskij Bakery and Confectionery Holding. Fazer did not disclose the value of the transaction.

The privately-owned Finnish food and drink company said on May 5 it had sold its operations in Russia to private Indian investor Vikas Soi, after being mentioned by Russian authorities as an example of a foreign company that could be nationalised.

It said the divesture includes unit Paulig Rus LLC and Paulig’s operations as well as its coffee roastery in Tver, but not the Paulig brand, which will be phased out in Russia during the coming months.

The Finnish food processing company said on April 29 it had agreed to sell its consumer business in Russia to Copacker Agro Ltd for about 1.5 million euros ($1.6 million). As a result of the sale, Raisio said it would recognise an estimated impairment loss of 2.9 million euros in its Q1 earnings before interest and taxes.

The Finnish dairy producer has sold its Russian business to GK Velkom, the company said on April 26, following an earlier threat by Russian authorities to nationalise its business there. Valio said the transaction would take effect immediately but gave no financial value for it.

The London-listed Russian mining company announced on May 9 it proposed to sell its main Kun-Manie project for $105 million and agreed to assign to buyer benefit of all loans owed by Kun-Manie to Amur in consideration for $30 million.

Kinross Gold Corp is selling its Russian assets to Highland Gold Mining group of companies for a total of $680 million in cash, the Canadian gold miner said on April 5, nearly a month after suspending its operations in the country.

The Norwegian supplier of carton packaging and filling equipment is seeking a buyer for its plant in Russia, its chief executive said on May 9.

The Finnish food packaging company said on April 29 it had decided to initiate the divestiture of its operations in Russia.

The British paper and packaging firm said on May 4 its board had decided to divest its Russian assets, adding there could not be any certainty on the timing and structure of any possible transaction.

The cigarette maker is in advanced talks to transfer its Russian business to Russia’s SNS Group of Companies, its distributor, SNS said on March 18, after Moscow suggested it could nationalise assets of foreign firms that left the country.

The British tobacco group announced the transfer of its Russian business to investors based in Russia on April 20, following talks with an unidentified third party in March.

The Japanese company said on April 28 it was considering selling its Russian operations after suspending investment and marketing activities in the country last month.

The Dutch employment services company is in the process of selling activities in Russia to local management, it said on April 29, adding its net investment in the country at end-March was 14 million euros ($14.8 million).

The Danish paint maker said on April 8 it had initiated the sale of its Russian and Belarusian companies, taking a 115 million Danish crowns ($16.3 million) write-down.

The chief executive of the German consumer goods group said on April 29 it could “completely halt or sell (its) Russia business”, after announcing its intention to exit the country on April 19.

The British exhibitions group said on April 6 it proposed selling its Russian business for a maximum price of 72 million pounds ($89 million), citing warnings from customers that they would boycott its Western events if it continued to operate in the country as well as result of compliance and operational challenges from Western sanctions.

The Polish clothing retailer said on April 28 it decided to sell its business in Russia and is talking to potential buyers.

The Danish shipping company has found possible buyers for its 30.75 per cent stake in Global Ports Investments (GLPRq.L), which operates ports in Russia, it said on May 4.

The British energy and petrochemical giant announced on May 6 that negotiations were underway to sell its network of petrol stations and lubricant plant in Russia.

It was unclear who the potential buyer was, but sources told Reuters it would most likely be a local company.

Finland’s Stora Enso has entered into an agreement to sell its two sawmills and their forest operations in Russia to local management, leading it to record 130 million euros ($137 million) in losses, the group said on April 25.

The Finnish builder has signed an agreement with Etalon Group PLC (ETLNGq.L) for the sale of its operations in Russia for about 50 million euros ($53 million). As a result of the sale, YIT said it would book an impairment of about 150 million euros in its first quarter income statement.