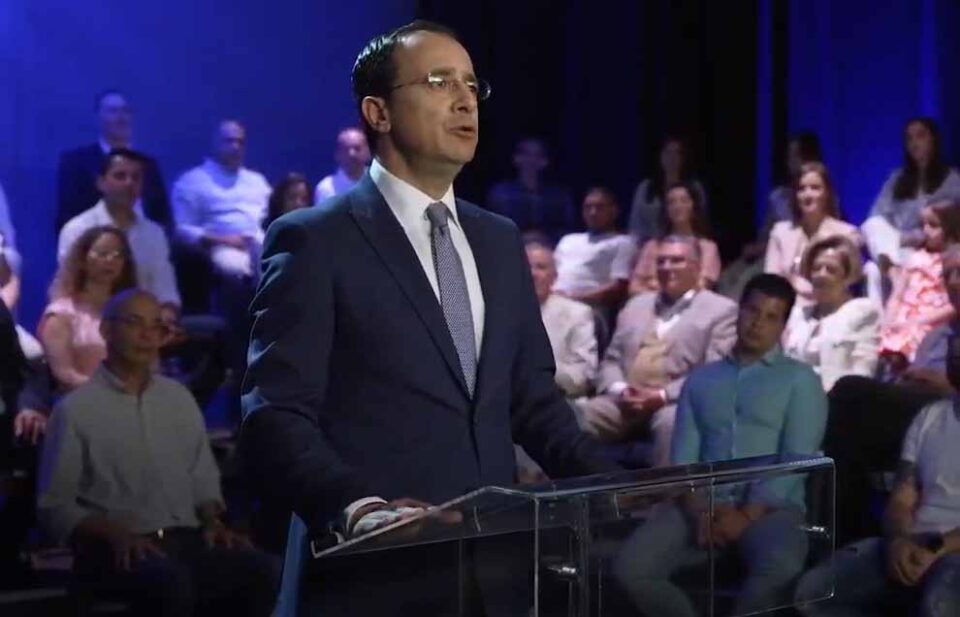 Former Foreign Minister Nikos Christodoulides announced his candidacy for the February 2023 presidential elections on Thursday morning in a wide-ranging address to the public from social media.

Christodoulides’ address on Thursday morning set out an inclusive vision for his potential presidency, speaking of the concerns shared with him by women about the lack of equal opportunities, young couples who feel that they unable to afford to raise a family and of bureaucracy limiting development.

The announcement was made on social media, in what some commentators have viewed will be a key point of his campaign to engage more directly with the electorate. Analysts have pointed to social media engagement as a way to reach out to the young and others who typically abstain from voting, both key demographics for a candidate who currently lacks official party backing.

The former Disy high-flyer had kept a low profile following his resignation as foreign minister after he was accused of running a covert presidential campaign, a move widely viewed as him being pushed out by Disy to make way for Neophytou.

Christodoulides’ speech sought to address key concerns amongst the electorate: corruption, disillusionment and of too few gaining too much.

“States, ladies and gentlemen, prosper when everyone does – not just the few,” he said, seemingly touching on concerns that some at the top enjoy disproportionate wealth while others are being left out.

“Cyprus will progress faster and in a fairer way when with specific and innovative policies all its citizens will prosper,” Christodoulides said.

He reached out to key demographics and sections of the population, such as refugees and their families, parents concerned over their children’s education and prospects, those outraged or disillusioned with corruption, farmers and environmentalists alike – even addressing the Cypriot diaspora in Britain and Australia.

Christodoulides also appears hopeful that he will be able to cleave off voters from their traditional party loyalties – he currently has no official party backing – as he said that the address is to every member of the public, regardless of their party allegiance.

“I’m addressing everyone, regardless of their political affiliation, their social status or their party preference,” he said.

His appeal to voters across the political spectrum could spook ruling Disy and main opposition Akel, while Diko – kingmaker in previous elections – has previously expressed an interest in Christodoulides.

The appointee of President Nicos Anastasiades first as government spokesman and then as foreign minister, Christodoulides is now set to challenge Neophytou – who has received the president’s blessing – for the top job.

As for the Cyprus problem, the former foreign minister said his vision is of a united Cyprus in the EU without guarantors and foreign armies – saying that the “unacceptable and illegal status quo cannot become the solution to the Cyprus problem”. He reconfirmed his support for a bi-zonal, bi-communal solution.

In seeking to address voter apathy and the large chunk of the electorate who typically abstain, Christodoulides billed the next vote as a “date with history” – stressing that “even for those who because of your disappointment have distanced yourselves, everyone is important.”

But nine months off from the election, his speech was light on policy – as he instead focused on his vision, attempting to appeal to everyone at once.

Commentators in recent weeks have said that by not officially declaring his candidacy, Christodoulides has avoided criticism and attacks from the parties, although he will soon be forced to spell out policy detail which will inevitably expose him to stronger scrutiny.

There were, however, hints of what he is likely to offer: greater assistance to women attempting to balance careers and motherhood, more support to young or prospective families and pensioners.

Concerts and exhibitions to celebrate national day in Romania