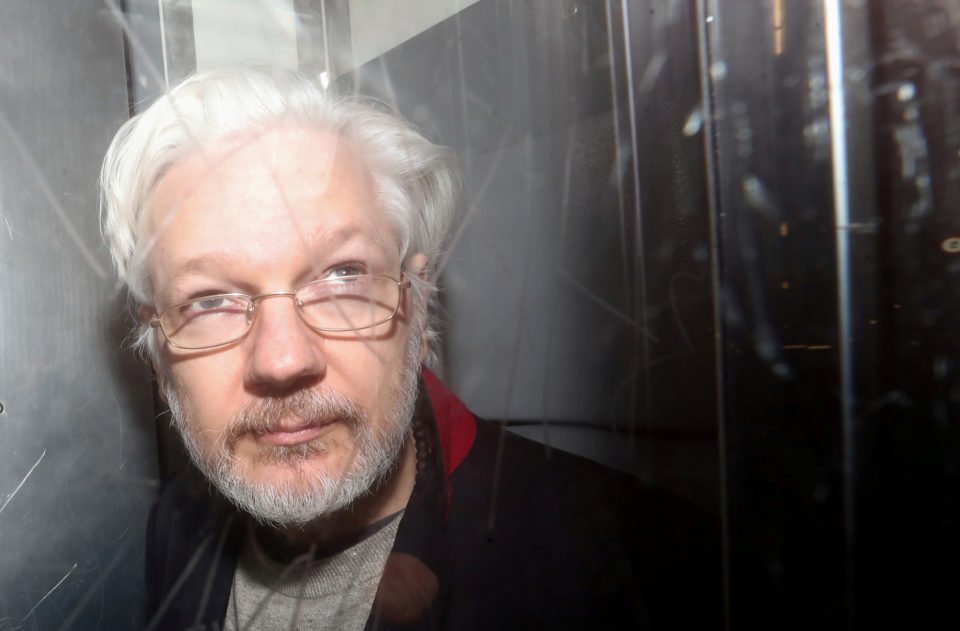 Saying the detention of Australian activist Julian Assange was illegal and anti-democratic, the Assange Initiative and the Cyprus Union of Journalists held an event in Nicosia on Monday calling for his release.

Speaking at the event, the president of the Cyprus Union of Journalists Yiorgos Frangos said Assange should not be extradited to the United States, noting that dozens of journalists’ organisations worldwide, as well as Reporters Without Borders, Amnesty International and renowned media personalities stand by the activist.

The activist and journalist of the WikiLeaks platform is being held in a British high security prison without having been sentenced, having spent years prior taking refuge at the Ecuadorian Embassy in London. He currently faces extradition to the US to face spying charges for publishing a trove of classified information more than 10 years ago.

“Assange must be freed, as must information about everything that garners worldwide attention, about anything that arises from interests and is of concern for the whole planet, the whole of humanity,” Frangos said.

In his opening statement, Panayiotou analysed the uses of power, remarking on the fact that the EU, after the Russian invasion of Ukraine, imposed an embargo on two Russian TV channels at a time when dozens of media outlets operate in Europe.

Assange, the sociologist said, plays a key societal role, one of intervening to say what everyone suspects, the agent who publicizes the crime, adding that in this controversy we must factor into the equation that truth and rationality in the modern era are only possible through dialogue.

In his speech, Tombazos contrasted the horrific war crimes committed by US guards in Iraqi prisons, whose perpetuators were sentenced to several months in prison with the case of Assange whose 18 charges may lead to a prison sentence of up to 175 years.

“When you torture you are punished with imprisonment for a few months, but when you expose torture, you risk 175 years in prison,” said the political scientist, who noted that authoritarianism and police states gain strength when social inequalities escalate into social conflicts, also referencing the French Yellow Jackets movement.

Charalambidou brought up the “inhumane and degrading” conditions of Assange’s detention in the UK, his constant surveillance by the US Secret Service, and his prohibition from direct and quality access to health services. During his court appearance, she said, “he was kept in a glass cage as if he were the world’s worst criminal and dangerous.”

The event was coordinated by journalist Soula Hadjikyriakou, who in her welcoming statement said that the Assange case concerns us all, and we must support him because freedom of the press affects all democratic peoples. Transparency must exist and citizens have the right to know the truth about abuses of power not “fake news” she said.

Bitcoin investing: What are the pros and cons?