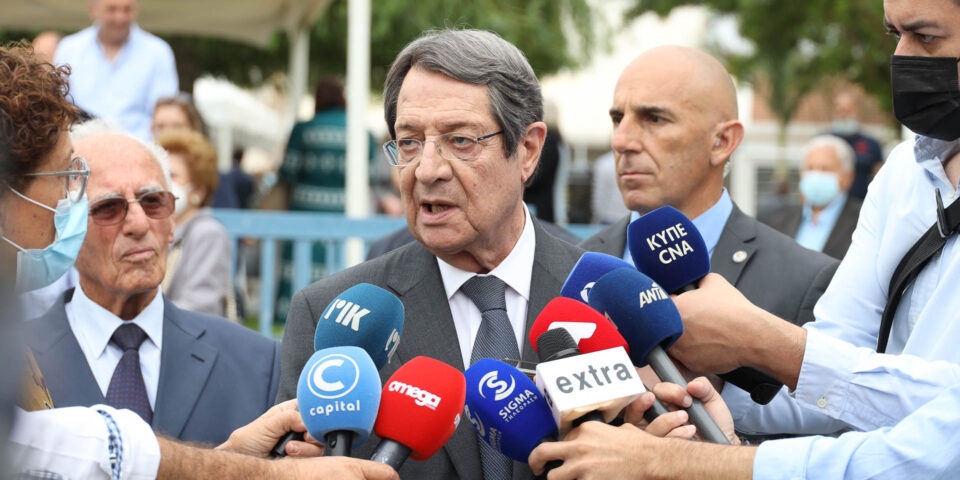 President Nicos Anastasiades will on Thursday review implementation of the government’s programme on health with ministers and top officials, one of a series of meetings scheduled this coming week, head of the president’s press office Andreas Iosif said on Saturday.

A day after, he will chair a cabinet meeting that is expected to decide on measures to address spiralling inflation. It follows the long-awaited meeting held on Friday which, despite the build-up, failed to deliver concrete results, prompting Akel to renew its criticism of what it says is the government’s failure to act to protect the most vulnerable from the cost-of-living crunch.

In a statement issued on Saturday, the left-wing opposition party slammed the “highly-advertised meeting as yet another communications trick.”

Rather than adopting measures after months of inactivity, the Anastasiades government simply announced new meetings, showing again its lack of solidarity and refusal to accept reality, Akel said.

Renewing its call for measures now, Akel, urged the government to adopt the party’s proposals such as implementing a price ceiling for fuel and reducing VAT on basic goods and electricity.

Government spokesman Marios Pelekanos quickly countered that Akel believed the economy operates on the basis of instructions and parrots the same two proposals. According to the party’s rationale, high prices are not reigned in because of the government’s lack of sensitivity, he added.

“This is the ‘seriousness’ which, when they were in power, sent the country to the cliff edge,” Pelekanos said – a reference to the economic crisis of 2012-2013.

And he added: “The government’s response is given through policies that deliver results while safeguarding the economic stability of the country and do not endanger the future. A regards additional measures, we will continue to offer viable solutions with the same seriousness that took us out of the crisis of 2013 that they created, as well as out of coronavirus crises.”

Earlier on Saturday, Iosif said that among the highlights on the president’s agenda this week is a teleconference with EU Council president Charles Michel and a group of EU heads of government on Monday afternoon that will prepare for the urgent EU summit on May 30 and 31. The summit will discuss Ukraine, the world energy crisis in the light of the European Commission’s recently approved package  RePowerEU, European defence and security, and food safety in the EU in the wake of the war in Ukraine.

On Wednesday, Anastasiades will address the AGM of the Employers and Industrialists Federation where he will speak on the Cyprus economy and its prospects.

The meeting on health, to be held at 10 am on Thursday, will review implementation of the government’s 2013 progamme ‘health for all’ and discuss future actions already planned. The Cyprus-Tomorrow programme in health provides for three reforms and seven investments at a total cost of €74.1m with the aim to create a resilient and effective health scheme that will offer universal access to high quality health care, Iosif noted.

On the same day, the president will meet Margaret Cederfelt, who chairs the parliamentary assembly of the OSCE (Organisation for Security and Cooperation in Europe).