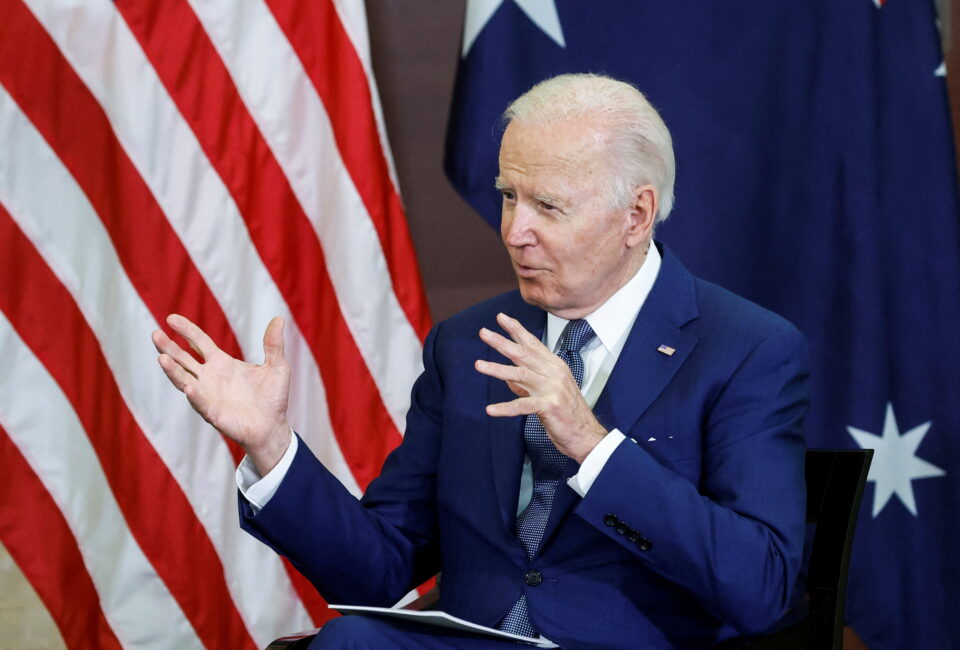 “Well, my dear, we didn’t know where to look. The old codger was getting away with it again, fielding the questions like a man only nine-tenths of his age, and then somebody asked him about Taiwan. He must have rehearsed that one, but still he blew it – big time. We’ll be picking up the pieces for weeks.”

President Joe Biden was speaking at a Tokyo press conference, looking not a year older than 79, and somebody asked him if he were “willing to get involved militarily to defend Taiwan if it comes to that?” Since the official US position on that question for many years has been ‘constructive ambiguity’, he was supposed to avoid both ‘yes’ and ‘no’.

Biden has been playing the international game at the highest level for longer than most people have been alive, and he should know the drill. Say how much he loves Taiwan and how devoted he is to its democracy. He can even mention that he’d be really disappointed and quite cross if China invaded it. But he mustn’t say what the United States would actually do.

Instead, with a loud clatter, the president of the United States jumped the tracks. “Yes”, he said, “that’s a commitment we made. The idea that (Taiwan) could be taken by force, just taken by force, is not…it would dislocate the entire region and be another action similar to what happened in Ukraine.”

Compounding his crime, Biden went on to express the hope that China was paying attention to how the US and its allies have responded to the Russian invasion of Ukraine.

“This is not just about Ukraine,” he said. China is watching to see if the Western response to the invasion stays strong, or if it loses focus as the war drags on. It must stay strong, because otherwise “what signal does that send to China about the cost of…attempting to take Taiwan by force?”

Quite a performance, and the headlines said things like ‘US would defend Taiwan militarily if China attacked’. But being an old codger has its advantages, and one is that people panic less when you make some apparently radical remark or commitment. They’re in doubt as to whether you just misspoke, or whether you really meant it.

Was Biden really sending a serious warning to China, but doing it in a way that did not compel China to respond directly? I suspect the answer is yes, because if you listen closely to what he said, he did NOT actually promise to commit American forces to defend Taiwan against a Chinese invasion.

He meant it to sound as if he had said that – warning that China would be “flirting with danger” if it invaded Taiwan – but there was no such definitive statement.

Moreover, the White House staff issued an immediate statement repudiating that interpretation of Biden’s remarks: “As the president said, our policy has not changed. He reiterated our One China Policy and our commitment to peace and stability across the Taiwan Strait.”

Maybe Joe Biden has just lost his marbles, but instilling a bit more doubt in the Chinese regime about his likely reaction in the event of a Chinese attack on Taiwan is not necessarily a blunder. ‘Constructive ambiguity’ requires both the ‘yes’ and the ‘no’ to be plausible, and the ‘yes’ has been losing credibility recently.

In the much more fraught case of the US response to the Russian invasion of Ukraine, Biden has been notably cautious in his actions. Before the invasion had even begun, he made it publicly clear that American or Nato forces would not intervene directly to defend Ukraine.

As the strength of the Ukrainian forces and the sheer incompetence of the Russian army became clear, his willingness to give Ukraine more advanced weapons in larger quantities grew. But his seemingly accidental asides about how Putin cannot remain in power never become actual policy. Every option remains open.

This is a man who has been around the block a few times, and he knows how the game is played. So if I were an adviser to Taiwan’s president, I would tell her the most important thing in the event of a Chinese invasion attempt is to make a good show of resistance in the first few weeks.

There is no more difficult military operation than an opposed amphibious landing, and China has no real-world experience of carrying out that kind of attack across 200 km of open ocean. So if you can hold the invaders on the beaches for a week or two, American arms and supplies will start to flow in abundance.

But don’t expect US troops to help you directly. Biden is not willing for fight a war against China either. Consider Ukraine.