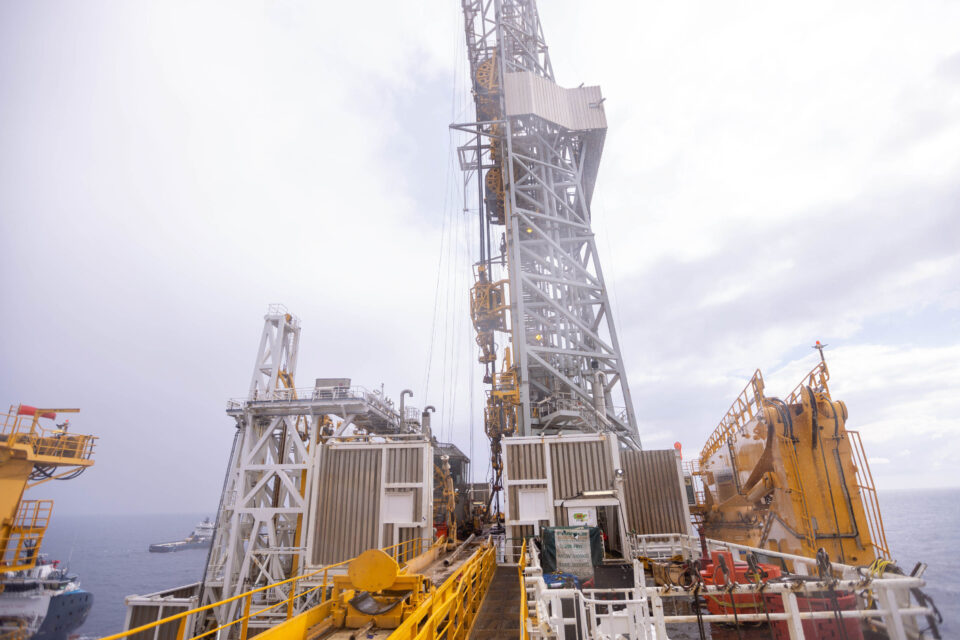 The Stena Forth Drillship in Glaucus-2

‘Promises come and go and nothing happens. And our authorities carry on doing it’

When it comes to gas development Cyprus definitely talks the talk – but can it walk the walk? The arrival this week of a rig to drill a new well in offshore block six set off a new series of feel-good platitudes. But 15 years after Cyprus announced the first licensing round, and several gas discoveries later, still not a single cubic metre is being piped or used to generate electricity. Why? Experts the Sunday Mail spoke to, put it down to a confluence of factors.

It’s hard to rank the reasons, of which there are many. The one true constant is the hype, which successive governments and politicians have contributed to. Who can forget, for instance, that during the financial meltdown of 2013 some came up with the idea of pre-selling Cypriot gas to avoid a bailout? Meantime more than six years of talks have failed to clinch a deal with Israel on the Aphrodite gas overlap, with the two governments recently setting up a technical committee. And several trilateral summits have come and gone, Cyprus is stuck at square one, while Israel currently sends 5 billion cubic meters each year to Egypt via a pipeline that connects southern Israel to the Sinai peninsula.

A chronicle for Cypriot gas is available here: https://cyprus-mail.com/2016/06/27/special-report-drilling-cyprus-gas-timeline/

Constantinos Hadjistassou, associate professor at the Department of Engineering, School of Sciences and Engineering, University of Nicosia, tried to recap it all:

“Foremost, it’s the economics. Given that Cyprus is a small island with gas needs estimated at 1 billion cubic meter a year, one can’t justify an expensive offshore development unless gas exports are possible.”

“Of course,” he goes on, “this presupposes a company will sign gas export contracts which have yet to materialise. And as if this has not been enough, company rivalries exacerbate things. Turkey has also had a fair share slowing down exploration by obstructing ENI’s wildcat well dubbed Soupia (Cuttlefish) in block 3 back in February 2018.”

“Investors, especially banks and financial institutions, are risk-averse. With the Cyprus problem unresolved and Turkey threatening, they will be very cautious in investing in multi-billion dollar projects to develop Cyprus’ gas fields. It’s also highly unlikely that the oil companies will fund such projects from their own balance sheets.”

So Turkey – check. But can the sluggishness also be attributed to the fact that Cyprus is at the ‘mercy’ of the oil companies?

“This is the key factor,” opines Ellinas. “Nothing will happen, despite political statements/aspirations by Cypriot authorities, until gas sales are secured and the oil companies operating these concessions decide to invest. And likely after solution of the Cyprus problem as stated earlier.”

To illustrate, Ellinas recalls a recent vague statement by NewMed (previously known as Delek) that said a decision has been made with its partners in Aphrodite “to engage with a drillship to drill the first production well in the reservoir.”

That, the expert surmises, probably means an appraisal/production well. But NewMed did not disclose details of the timeline. And Chevron, the operator of block 12, made no reference to Cyprus in a recent presentation to investors on the projects it plans to develop during the next two to three years, but instead referred to Israel and the Leviathan field.

“And yet,” says Ellinas, “Kathimerini reported earlier this month that the energy minister said Cyprus hopes to begin exporting its natural gas from the Aphrodite gas field by 2026.

“Let’s hope that this time this is based on firm gas sales and actual agreement with the concession holders.”

Is it incompetence and/or a lack of planning by Cypriot authorities? Many a time have the datelines and the plans changed until now, and we still have no clue what will be done with the gas.

“Unfortunately our own authorities made too many promises they could not deliver on, losing credibility in the process,” Ellinas says.

“The reason is almost all of these were politically driven, without buy-in from the oil companies, who after all have the required know-how – both technical and commercial – and would need to provide the investment.

He brings to mind November 2019 when, based on a statement by the Cyprus energy minister after signing the revised Aphrodite gas-field concession agreement with Noble Energy, Reuters wrote: ‘Cypriot authorities have said natural gas will start being extracted in 2025, with estimated earnings of €9.3 billion ($10.29 billion) over an 18-year period.’

“Like many others before, promises come and go and nothing happens. And our authorities carry on doing it.”

The Sunday Mail put the general question of ‘what has gone wrong’ to the office of Energy Minister Natasa Pilides. The minister declined to comment.

Back to Hadjistassou, who notes that ever since the discovery of the Aphrodite field back in 2011, the oil and gas industry has gone through several booms and busts – the most recent being the Covid-19 shock when oil futures entered negative territory making the development of gas assets economically unviable.

“Irrespective of the major field discoveries with the exception of Aphrodite, Calypso and Glaucus have yet to be appraised. The recent appraisal well at the Glaucus gas field by ExxonMobil-Qatar Energy will shed more light as to the volume of the field. For all the expectations that have been created, Cyprus and the companies active in its Exclusive Economic Zone do not currently produce any gas. In fact, Cyprus will start importing LNG in 2023.”

But looking to the future, the professor sounds an upbeat note:

“Despite the odds, the war in Ukraine has led to record high prices including LNG, and with the EU’s urgency to diversify away from Russian gas. Coupled with the two LNG export plants in Egypt, there may be a golden opportunity for Eastern Med gas exports. Meanwhile, synergies between companies and countries such as Cyprus and Israel are key to monetising gas fields before competition from Qatar and the US overshadows the window of opportunity.”