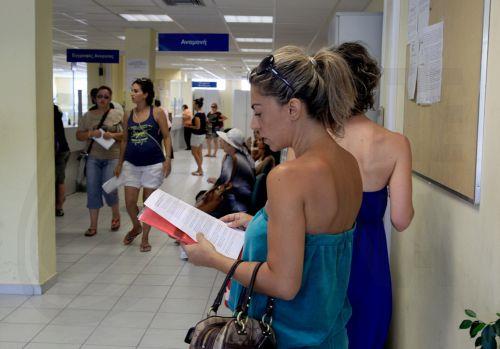 Total employment for the first quarter of 2022 increased by 1.9 per cent when compared to the corresponding quarter of 2021, according to a preliminary estimate by the Cyprus Statistical Service (Cystat) released on Tuesday.

The most significant percentage increases were observed in the sectors of construction, real estate management, wholesale and retail trade, repair of motor vehicles and motorcycles, as well as the education sector.

The actual working hours for the first quarter of 2022 are estimated at 197,420, reflecting an increase of 4.6 per cent year-on-year.

The most significant percentage increases were observed in the sectors of accommodation and catering services, real estate management property, other services and arts, as well as entertainment and recreation.

The number of bad checks presented to Cypriot banks continued to rise in 2022, according to a report by the Central Bank of Cyprus published on Tuesday.

According to the CBC data, 172 checks with a total value of €838,109 were identified and officially registered during the first five months of 2022.

The number and value of unsecured checks registered with the CBC also presented a year-on-year rise in May alone.

The entries of legal entities and individuals in the preliminary list increased to 14 and 915 respectively for May 2022, compared to 5 and 6 respectively in May 2021.

The total number of persons in the preliminary list reached 29, with the same figure having stood at 15 people in the corresponding month of 2021.

The main Cyprus Stock Market Index was at 71.47 points at 12:50 during the day, reflecting a drop of 0.56 per cent over the previous day of trading.

In terms of the sub-indexes, the main, alternative, investment firm and hotel indexes all decreased, falling by 0.64 per cent, 0.35 per cent, 0.48 per cent and 0.07 per cent respectively.

The biggest investment interest was attracted by the Bank of Cyprus (-0.86 per cent), Hellenic Bank (no change), the Cyprus Cement Company (-2.36 per cent), and Mallouppas & Papacostas (-0.52 per cent).